Update: It was love at first sight when a Washington, D.C., couple spotted our blog post about Gabe, the puppy who had been confined for weeks to a 2-foot-by-2-foot box. After PETA staffers interviewed the prospective adopters and visited their home, the couple—a professional runner-turned-engineer and an artist who works from home—got an enthusiastic thumbs-up. Within seconds of arriving in his new home, Gabe (now named Rosko) was roughhousing with his new canine big “brother,” Pookie. His fur is growing back, and his confidence is building every day. Rosko has come a long way from the sick, terrified puppy he once was. 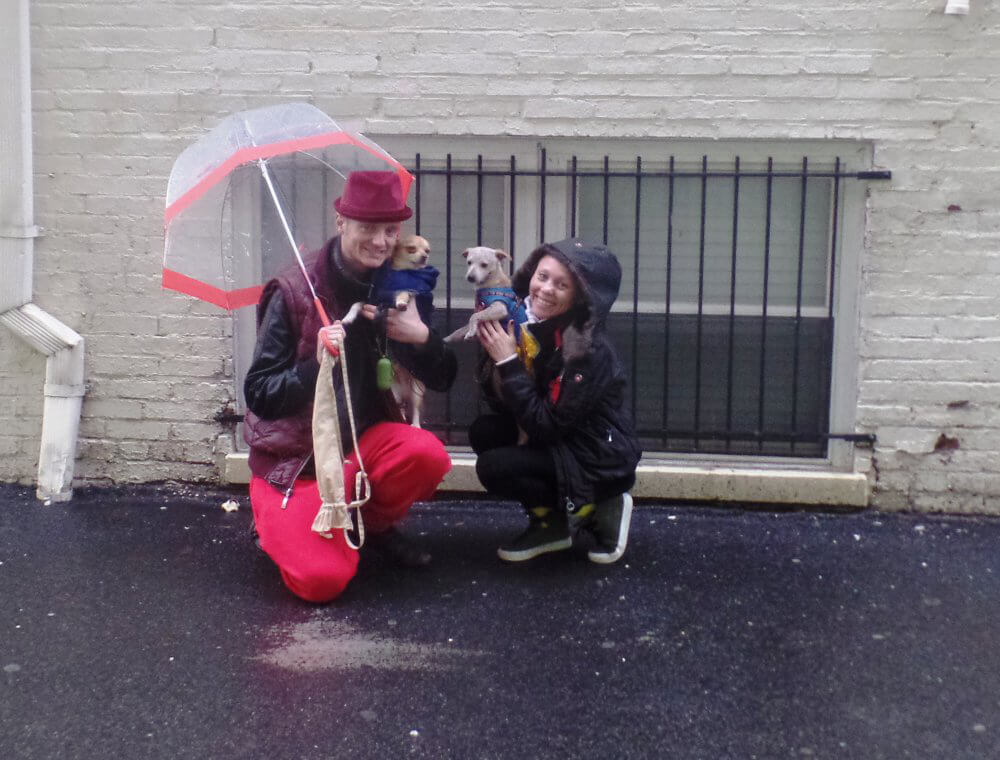 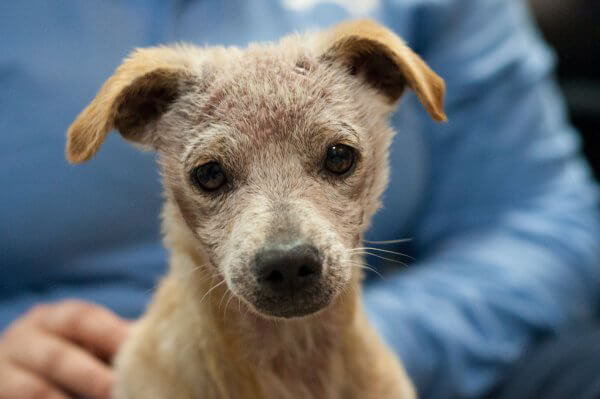 He whines when he wants to go outside, he barks excitedly when he wants to play, and he cries when he’s lonely or in distress. This is normal puppy behavior. But Gabe’s owner didn’t know how to speak “dog,” and instead of listening to what the little pup was trying to tell her, she tried to silence him—by putting him in a box. 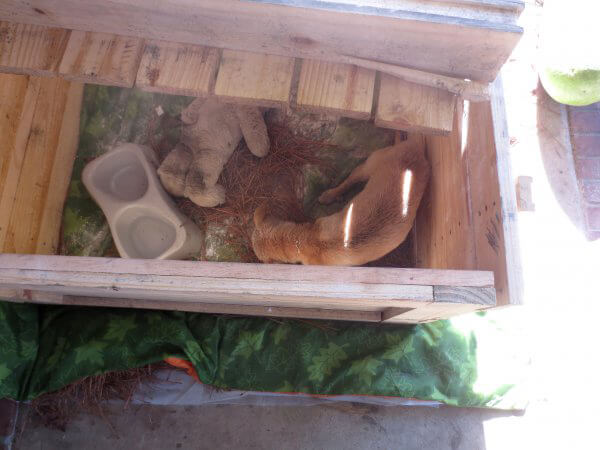 PETA discovered Gabe’s plight when one of our fieldworkers arrived at his house in a rural North Carolina town to give him a free ride to one of our spay-neuter clinics for a free neuter surgery. The tiny Chihuahua mix had been put in a wooden box measuring just 2 feet by 2 feet and left outdoors. He could just catch glimpses of the world outside by peeking through cracks in the wood. 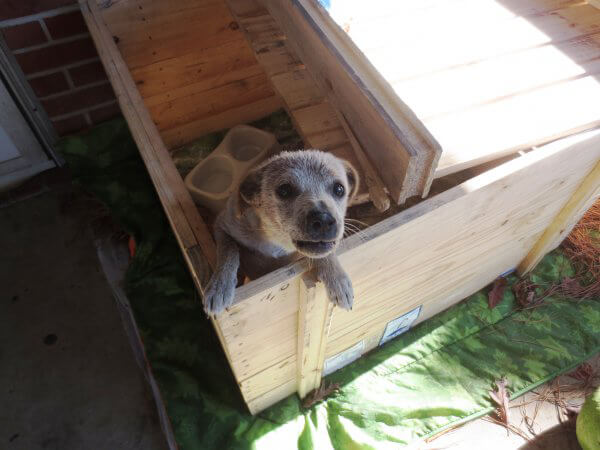 Such intensive confinement had already taken a toll on the 5-month-old puppy. He was being driven mad by the solitary confinement and sensory deprivation. Knowing that he was trapped and at the mercy of any perceived threats, Gabe had become so fearful and aggressive that his owner was even afraid to touch him. She put gloves on to remove him from the box. 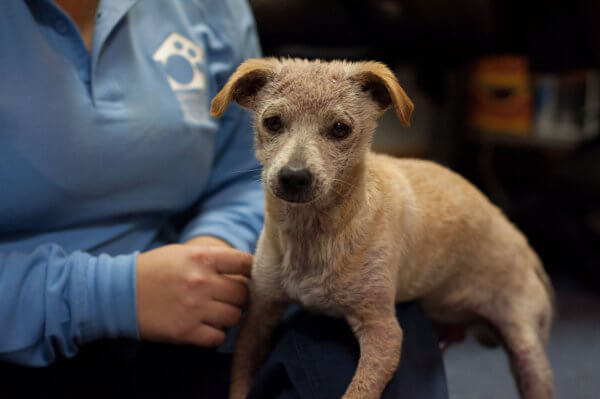 It was immediately obvious to our fieldworker why Gabe had been so “fussy”: He was suffering from severe mange, which had caused his fur to fall out and made his skin raw, painful, and sensitive to the touch. The pain and itching must have been unbearable. He had been crying for help. 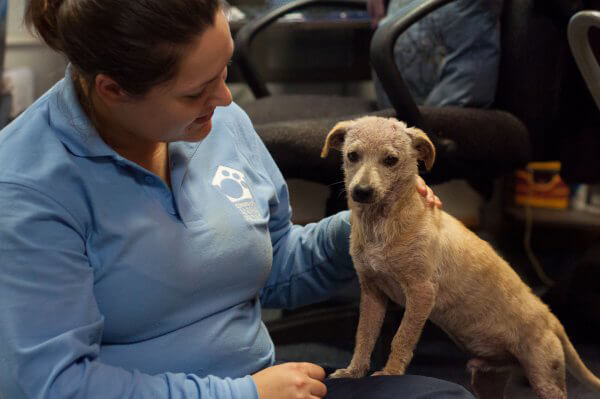 Gabe’s owner couldn’t afford to treat his condition and chose instead to allow PETA to take him in. 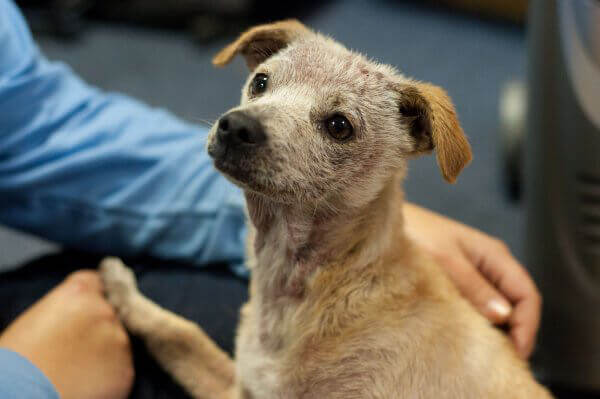 Now that he is free of his wooden prison and receiving treatment for his mange and intestinal parasites, Gabe is a totally different puppy. 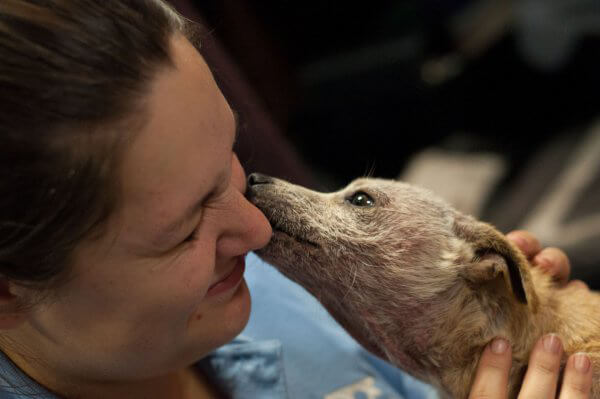 He has blossomed into a happy, energetic young dog who can’t get enough of the sights and sounds of the world around him and the interaction with other living beings that he had been denied for so long. His captivity-induced fear and anxiety have melted away, and he eagerly anticipates long walks, playing with his canine foster sister (also a PETA rescue), and wrestling squeaky toys into submission. 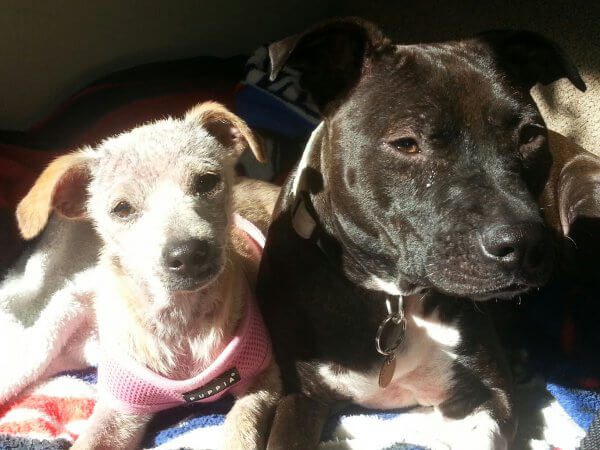 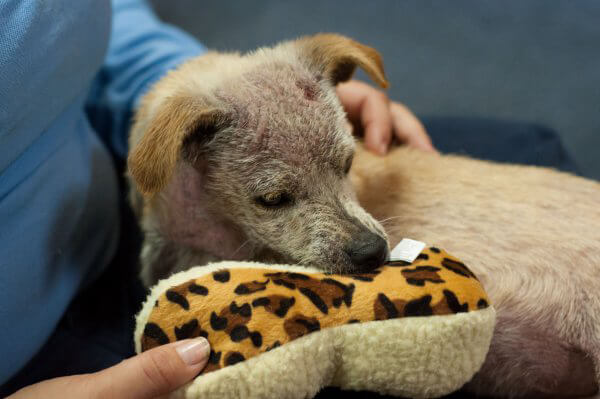 Gabe is ready to move into a much bigger box—one the size of, say, your house! He gets along well with other dogs and will be neutered and microchipped prior to adoption. If you would like to learn more about adopting this little charmer, e-mail [email protected].