PETA fieldworkers do everything in their power to help animals in need. They’re out in all weather extremes helping chained and penned dogs kept outside 24/7, delivering medical care to animals who need it, connecting with the local community in order to raise awareness of crucial issues and spread empathy for animals, and providing access to spay/neuter surgery, end-of-life services, and adoption. Here’s how PETA helped animals in our community:

Our shelter in Norfolk, Virginia, took in 848 animals in recent months, and we transferred 158 animals to our shelter partners for adoption.

Our fieldworkers also help those in the community who can’t afford end-of-life services at a private veterinary practice. Read on for some of the animals PETA helped by providing them with resources, wellness care, spay/neuter surgery, end-of-life services, or adoption.

The Ride of a Lifetime: PETA Fieldworkers Transported Almost 200 Animals to Their Spay or Neuter Appointments

In the past few months, PETA’s veterinary staff sterilized 2,973 animals, including Coal, Diesel, Oreo, Sarge, and Midnight, who were among 175 animals PETA’s fieldworkers transported to and from their spay/neuter appointments—Sarge even received treatment for a skin condition—all free of charge for their grateful guardians. Sterilizing their animal companions is one of the best things guardians can do to help end the animal overpopulation crisis. 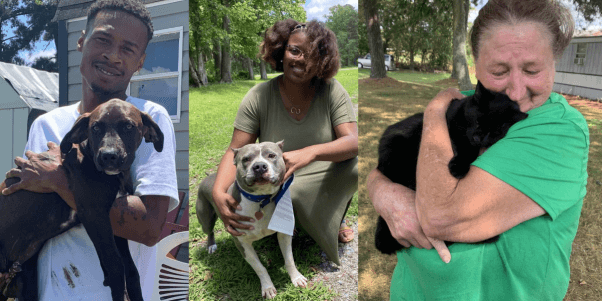 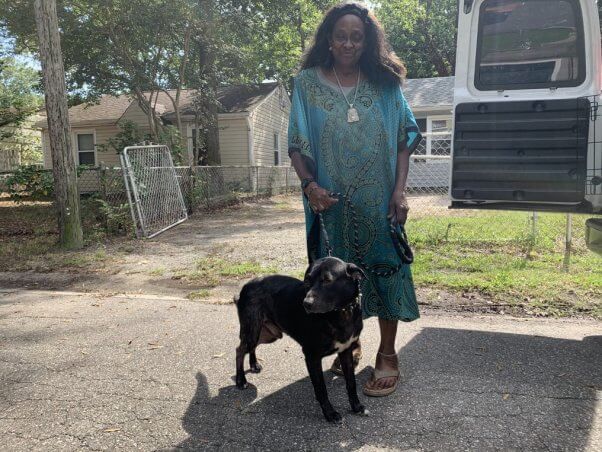 Geisha’s Suffering Was Gently Ended by Our Caring Staff

Geisha had multiple cancerous tumors and could hardly breathe when her veterinarian recommended euthanasia, but her family couldn’t afford the veterinary clinic’s fee. Instead, they brought her to PETA’s shelter for free end-of-life services.

She was one of 161 animals we euthanized at no cost to those who couldn’t afford this vital humane service at a private veterinary clinic. Her guardians filled out postcards, asking their state and local legislators to safeguard our ability to offer end-of-life relief. In just three months, 427 of our constituent families sent postcards to their elected officials in support of our services, including compassionate euthanasia.

Tiny and Sheba were kept outside, chained and neglected, until their owners relinquished them to PETA. We transferred Tiny to the Virginia Beach SPCA and Sheba to the Chesapeake Humane Society for adoption. 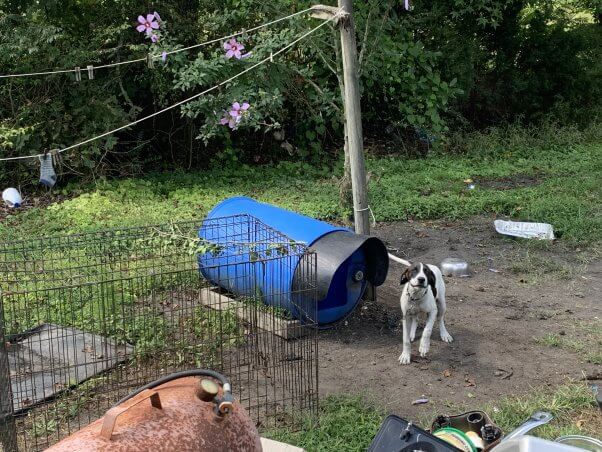 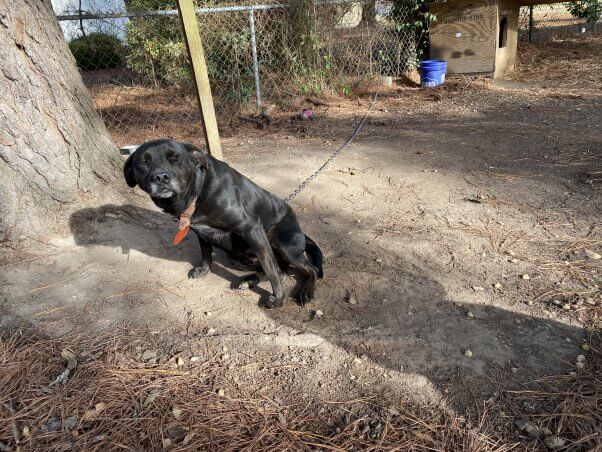 Gotti’s Family Needed Assistance, and PETA Was There to Help

One of the 533 requests for assistance that PETA received was for Gotti the dog, who’d been attacked by stray dogs. Our veterinary staff treated his wounds and neutered him, all free of charge. His guardians are among the 305 families PETA helped keep their animal companions.

The ‘Bertie 5’ Will Never Be Neglected Again

After a young pit bull named Minnie died of starvation—PETA fieldworkers found her remains still chained inside her doghouse—we pleaded with local law-enforcement officials to charge her owner with cruelty to animals, both for Minnie and for the other neglected dogs kept tethered on the property. After four months of persistent pressure, officers finally seized the four surviving dogs—Zeus, Duke, Sandy, and Duchess—who needed urgent medical attention and care that the county’s under-resourced shelter wasn’t prepared to provide. 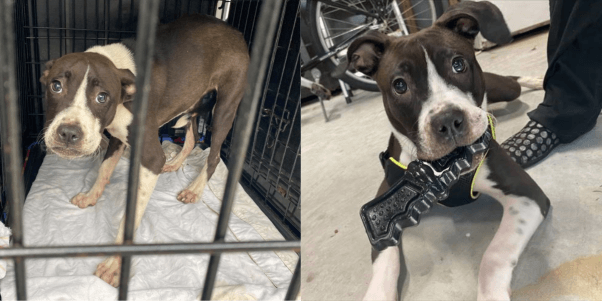 PETA was granted permanent custody of the four dogs as well as a fifth one, named Billie, who had been acquired after Minnie’s death and kept chained in her spot. In our custody, they received treatment for bronchitis, heartworm disease, spondylosis, parasites, and other ailments. They’ve also enjoyed receiving long-overdue affection, playing together (they had never been able to touch while chained outside), relaxing indoors, and snuggling in cozy beds. 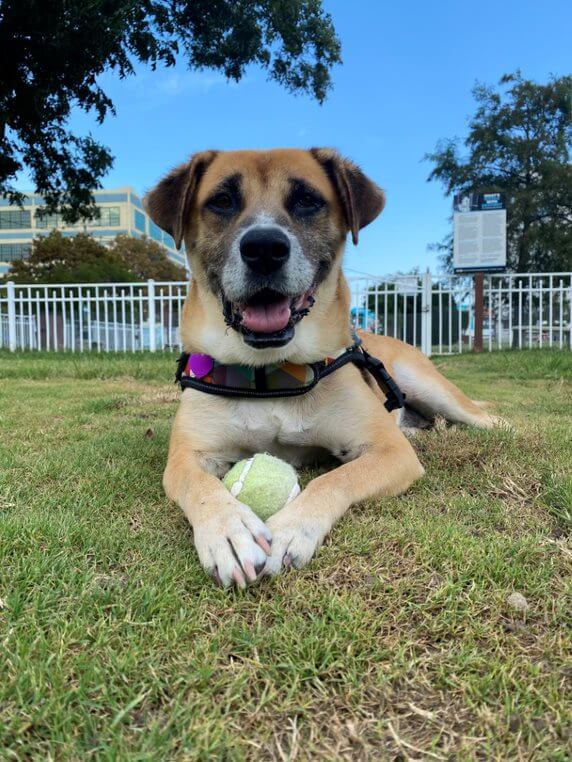 PETA found homes for Finnegan, Loop, Lil, Mabel, June, and Maxi along with 25 of the beagles who were bred at Envigo to be sold for experimentation. The dogs were transferred to PETA for much-needed TLC and veterinary care, including baths, vaccinations, spay/neuter surgeries, dental cleanings, deworming medication, and microchips. We’ve placed them in prescreened homes to enjoy the rest of their lives and never be caged again. 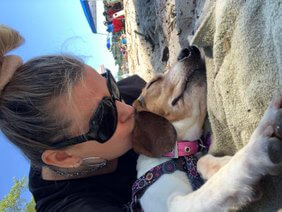 When Dogs Are Forced to Live Outside, PETA Goes Above and Beyond to Keep Them Comfortable and Safe

PETA helped “outside dogs” like Spot—who are kept chained or penned outdoors 24/7—beat the heat with plenty of water and shade. We also made sure they had food, shelter, and treatment for fleas, flystrike, and ticks. And we replaced short, heavy chains with 15-foot lightweight tie-outs. 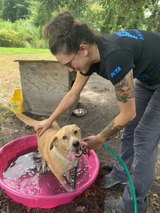 We provided Jada—who had previously been kept tethered outside without any protection from the elements—with a sturdy wooden doghouse. We delivered custom-built, insulated doghouses to 43 dogs who are forced to live outdoors. 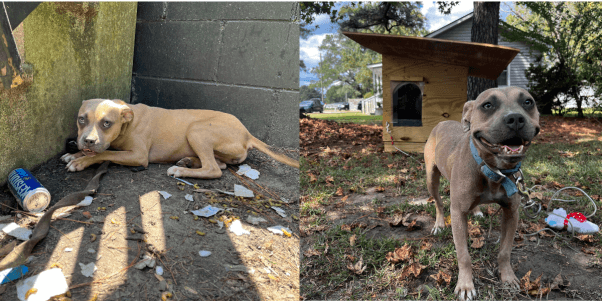 A woman called us for help when the feral cat she’d been feeding began limping and becoming weak from an apparent infection. PETA provided this cat, who had endured a gruesome ruptured abscess from an infected gunshot wound, with a peaceful end.

‘Barks & Books’ Teaches Kids to Have Empathy and Respect for Animals

Through our Barks & Books program, we continued to distribute free copies of children’s books with animal-friendly themes to kids we met in the field and at our spay/neuter clinics. 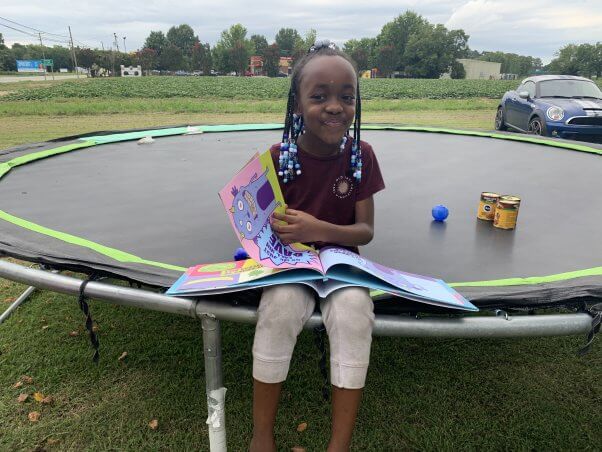 Local Officers Who Helped Animals Are the G.O.A.T.

When several goats were too close to a road, a dog was left in a hot car, and four dogs were tied outside without access to water or shelter in the Bedford, Virginia, area, the Bedford Police Department was there to help. PETA presented an award and a gift basket to Lt. Robert Kimbrel and his fellow officers in recognition of their quick and compassionate actions. 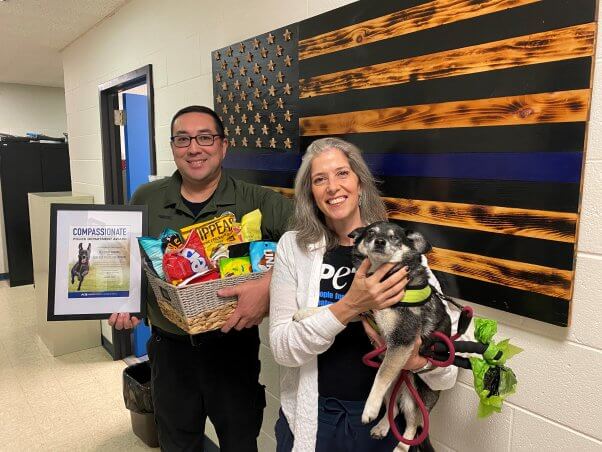 How You Can Help Animals in Your Community: Adopt!

If you’re planning to become a companion animal’s guardian, visit your local animal shelter to find one in need. By adopting from a shelter, you’ll help fight the homeless-animal crisis. Your adoption fees will also support the important daily work that shelters do to help animals, such as providing them with spay/neuter procedures, vaccinations, and other veterinary care. In shelters, there are millions of animals just like those helped by PETA fieldworkers this summer, and they’re all waiting for a responsible guardian to take them home.

Pledge to Adopt From a Reputable Shelter