Families who took their dogs and cats to PETA’s SNIP (Spay and Neuter Immediately, Please!) clinic Saturday got a free or low-cost surgery for their animals—and a tickle for their own funny bones. While SNIP staff checked families in, comedian and longtime PETA supporter Kevin Nealon cracked them up. Kevin told jokes, took pictures with fans, and, of course, talked up the importance of spaying and neutering to help end animal homelessness. 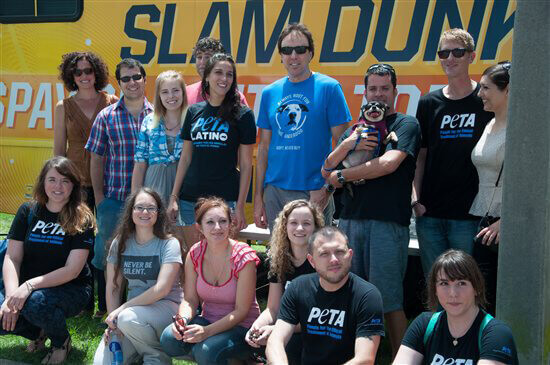 “Nobody would trust me to neuter their dog, and nobody should—so it’s a good thing that PETA’s got veterinarians to do it,” Kevin said. “It’s not rocket science: Every homeless puppy and kitten was born to parents who weren’t spayed or neutered. I’m proud to support PETA’s work to prevent animal homelessness.” 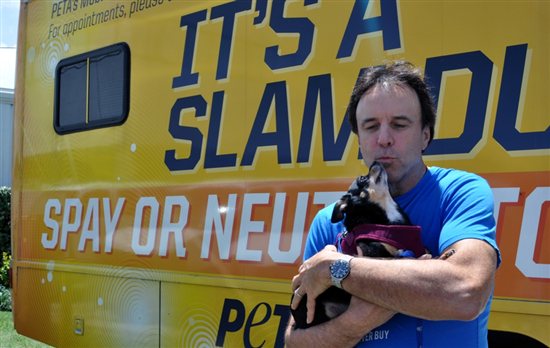 While the vets got down to business, Kevin entertained a different audience: the dogs in PETA’s Bea Arthur Dog Park. After he gave his signature kazoo-like dog call, several of the canine visitors came bounding over to play. 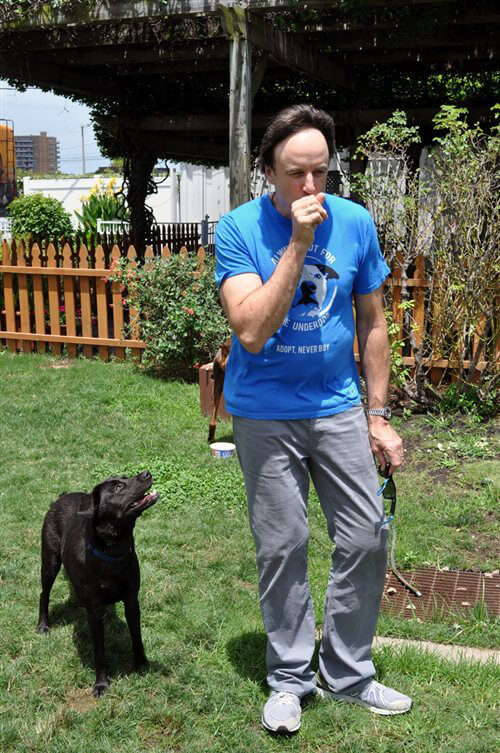 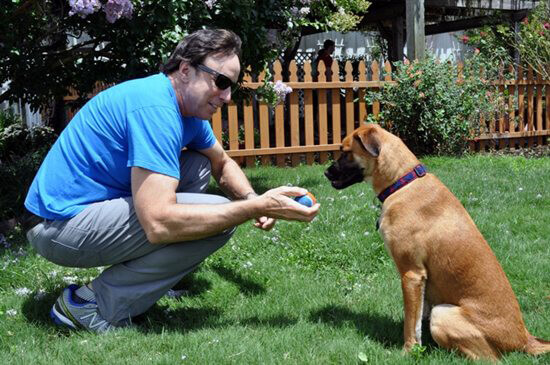 With help from supporters like Kevin, PETA’s mobile clinics have “fixed” nearly 94,000 animals in just the last decade, preventing the births of hundreds of thousands of unwanted animals.