Slamming President Trump’s order for slaughterhouses to remain open, causing millions of animals to be killed even as workers suffer from COVID-19, PETA is running this ad in The Washington Post on Sunday, May 3, proclaiming, “America: It’s Time to Move Away From Meat.” 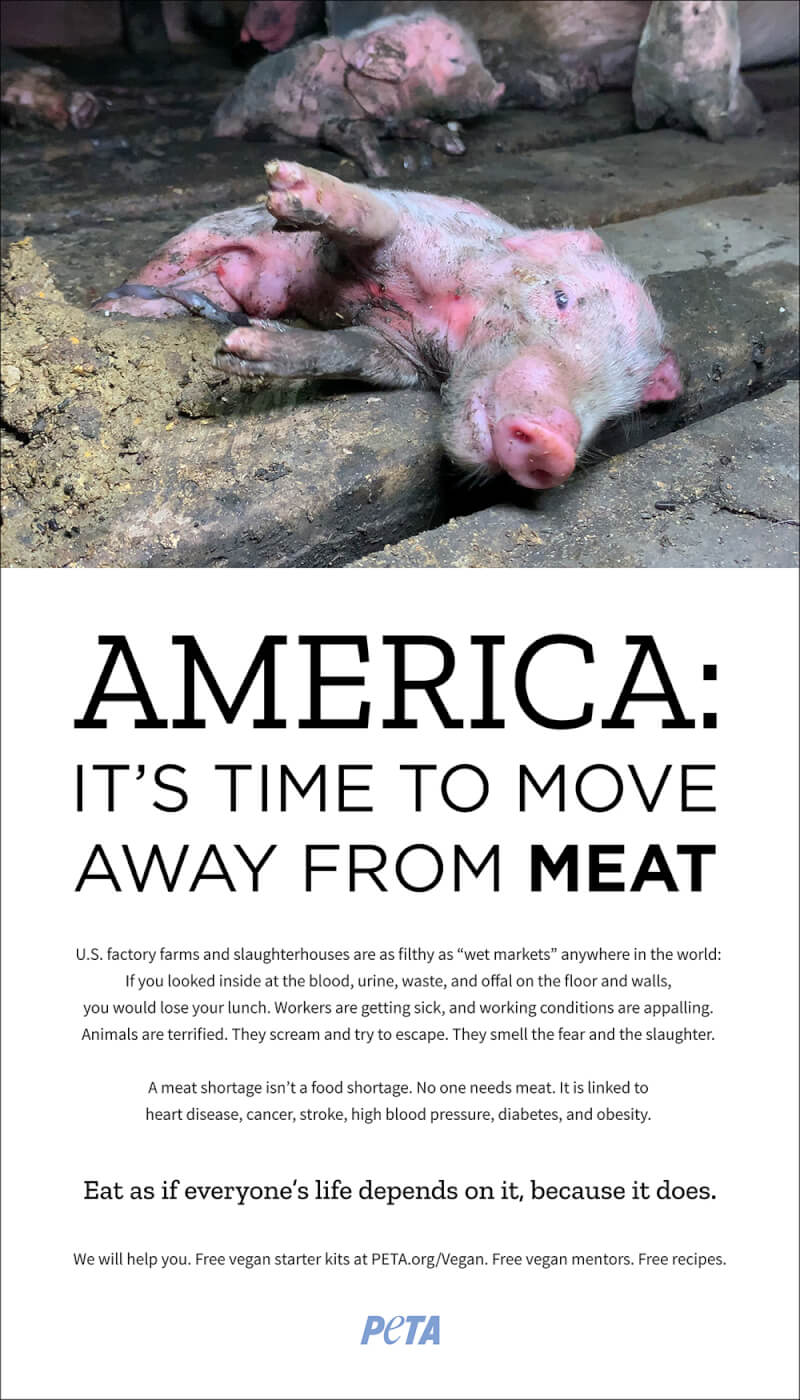 The ad makes the point that U.S. factory farms and slaughterhouses are as filthy as China’s “wet markets,” their floors covered with blood, urine, feces, and offal—and that a meat shortage doesn’t mean a food shortage, because no one needs meat. Consuming it is linked to heart disease, cancer, strokes, high blood pressure, diabetes, and obesity.

“Eat As if Everyone’s Life Depends on It, Because It Does,” reads the ad.

The novel coronavirus originated in a Chinese wet market where live and dead animals were sold for human consumption, swine flu began on a U.S. factory farm, and other influenza viruses have been traced to chickens. The Centers for Disease Control and Prevention warns that approximately 75% of recently emerged infectious diseases affecting humans originated in other animals.

Reducing animals—with all their personality and emotions—to objects to be abused and killed for food is what got us into this mess in the first place.

Cows, chickens, pigs, turkeys, sheep, and other animals are living, feeling, thinking beings who value their lives. Pigs bond with humans, love to cuddle, and play games. Like many other animals, cows have best friends. Chickens are caring mothers—a hen “talks” to her chicks before they’ve hatched to teach them to recognize her voice in a flock.

The vegan food supply is strong, so the only thing at risk when slaughterhouses close is the meat industry’s bottom line.

PETA stands ready to help—with free vegan starter kits and recipes to aid people in preventing the next pandemic by going vegan.