PETA Files readers, it’s your call. Who’s the cruelest monster of them all? The contenders for May’s Vivisector of the Month are vying hard for the title, and animals are suffering for it. 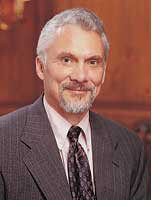 John VandeBerg is the director of the Southwest National Primate Research Center in San Antonio, Texas—one of the last laboratories in the world that still torments chimpanzees, our closest living relatives, in cruel and invasive experiments. VandeBerg is even urging the federal government to rip hundreds more chimpanzees out of a peaceful retirement and send them to his laboratory, where these highly intelligent and social beings will spend the rest of their lives confined to what amounts to a prison cell for infectious-disease experiments. And his callousness doesn’t stop with chimpanzees: VandeBerg also torments and kills baboons and opossums to show that a diet high in fat and cholesterol is bad for you. Your tax dollars at work! 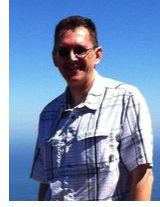 Up against VandeBerg is Aleksey Sobakin, who definitely cannot count sheep to help him sleep at night. He and his cohorts at the University of Wisconsin-Madison have spent decades placing hundreds of sheep in a decompression chamber that rapidly reduces air pressure, causing bubbles of nitrogen to form in the brain, the blood, and other organs. This extremely painful condition—commonly known as “the bends”—killed many of the sheep in clear violation of a Wisconsin cruelty-to-animals law. The sheep who didn’t die during decompression were killed afterward. These hideous experiments were only stopped after PETA and Madison-based Alliance for Animals filed a formal complaint in court and a judge appointed a special prosecutor to investigate the apparent violations of state law.

Who should be “Vivisector of the Month”?customer surveys

After you make your decision, make your voice heard. Ask your congressperson to support the Great Ape Protection and Cost Savings Act, which would keep retired chimpanzees away from VandeBerg and other experimenters. And urge the special prosecutor investigating Sobakin to file charges against him and other culpable experimenters before the statute of limitations runs out.