After taunting a lion at Jamaica Zoo, one employee learned the “don’t f*ck with cats” lesson the hard way. Now, he’s missing a finger.

Video footage taken at the roadside zoo shows the employee teasing and provoking a clearly exasperated lion, who roared and bared his teeth in an attempt to get the man to leave him alone.

The bully apparently found it funny to torment an animal trapped in a cage—where they’re defenseless against callous hecklers—but his amusement was short-lived. When the employee poked his fingers through the cage, seemingly to show off in front of visitors, the frustrated lion clamped his jaws around the man’s finger. 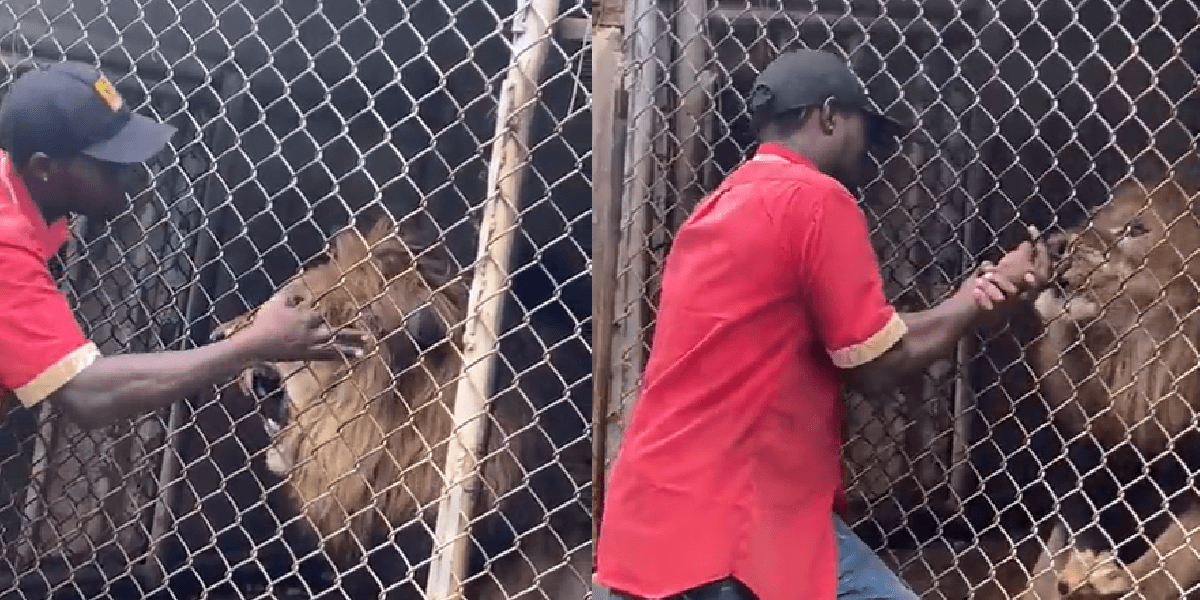 A bloody scene unfolded in front of horrified visitors as the employee struggled to free his hand from the lion’s mouth. Eventually, he pulled away and fell to the ground—losing a finger in the process.

It shouldn’t be surprising that lions who are denied everything that is natural and important to them—space to roam, a large pride they belong to—will act in self-defense when they’re provoked by humans. Picking on animals who are suffering in these conditions is disgraceful.

At roadside zoos, big cats and other animals languish in small, dilapidated enclosures, where they often pace out of frustration and distress. Trapped in these miserable prisons, wild animals can’t escape when visitors yell at, prod, and take flash photos of them.

As long as roadside zoos everywhere confine other animals in wretched conditions while fostering a culture of callousness toward them, incidents like this one are bound to occur. A reputable sanctuary would never offer—much less encourage—direct contact with big cats.

Our fellow animals don’t belong in shoddy highway hellholes. Take action for them below: