Updated October 18, 2016: Thanks to pressure from the Physicians Committee for Responsible Medicine and PETA, Washington University in St. Louis has stopped using cats in infant intubation training courses at its medical school, effectively ending the practice in the U.S. The school will now train medical students on life-like human-patient simulators that exactly replicate human infant anatomy rather than shoving plastic tubes down cats’ tracheas. The simulators had already replaced cats at the St. Louis Children’s Hospital on campus in 2013, following an intense PETA campaign and a loud public outcry. The medical school’s was the last pediatric program in the country still abusing cats for this training. 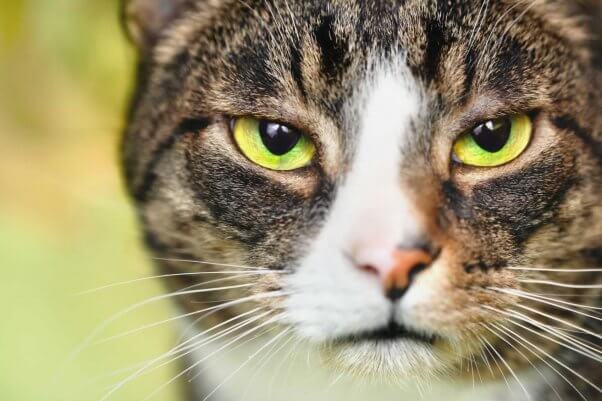 PETA also ended the use of cats for intubation training at, among other facilities, the St. John Health System in Michigan, Victoria College in Texas, and Primary Children’s Medical Center in Salt Lake City as well as the use of ferrets at the Madigan Army Medical Center in Tacoma, Washington.

The following was originally published on May 31, 2013:

Cats can finally breathe a little easier today. After an intensive PETA campaign, Washington University in St. Louis (WUSTL) has announced that it will stop abusing cats for intubation training exercises in its Pediatric Advanced Life Support (PALS) course. WUSTL was the last PALS facility PETA knows of that was still attempting to train health-care professionals to intubate human infants by having them ram hard plastic tubes down cats’ delicate windpipes as many as 15 times in a row. The procedure often causes swelling and bleeding in the throat and can even cause collapsed lungs and death. Every other one of the more than 1,000 PALS facilities in the country uses superior, lifelike infant simulators, which replicate human anatomy.

WUSTL’s change of heart is a victory five years in the making. PETA supporters sent more than 75,000 e-mails, barraged the school with phone calls, and protested on campus and at fundraisers. We placed ads decrying the cruelty to cats in St. Louis newspapers and even on top of gas pumps near the school. Local activists with the Alliance for Medical Progress regularly held eye-catching demonstrations on campus. Comic artist Dan Piraro, a former WUSTL student, created a cartoon to protest the cruelty. Our good friend Bob Barker offered to buy the school human-infant simulators if it would stop abusing cats.

Finally, PETA got our hands on undercover video footage of a cat laboratory and released it to the public. And little more than a month after we did so, WUSTL ended the archaic exercises. Thank you to everyone who protested, sent e-mails, and supported this campaign.