Following years of campaigns by PETA and other animal advocacy groups, the National Institutes of Health (NIH) has just announced its decision to retire all federally owned chimpanzees from laboratories and to make plans for them to spend the rest of their lives in reputable sanctuaries. NIH previously had announced a much-criticized plan to keep 50 of the total 360 chimpanzees in laboratories indefinitely for potential future experimentation. NIH director Francis Collins noted a “complete absence of interest” in experimentation on chimpanzees as the reason for the decision. 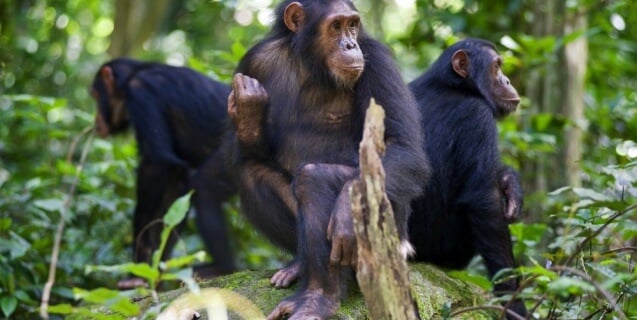 It’s a hard-fought victory that has been won step by step.

In 2013, the NIH agreed to retire most of its chimpanzees, who numbered about 310, after the National Academy of Medicine found that experiments on chimpanzees were “unnecessary” and PETA members flooded the agency with demands to release the animals. And earlier this year, the U.S. Fish and Wildlife Service gave all chimpanzees, including those in laboratories, “endangered” status, which effectively prohibits any invasive experimentation on them. In addition to the NIH chimpanzees, there are several hundred owned by private laboratories who need to be retired to sanctuaries, and PETA continues to advocate for them as well. 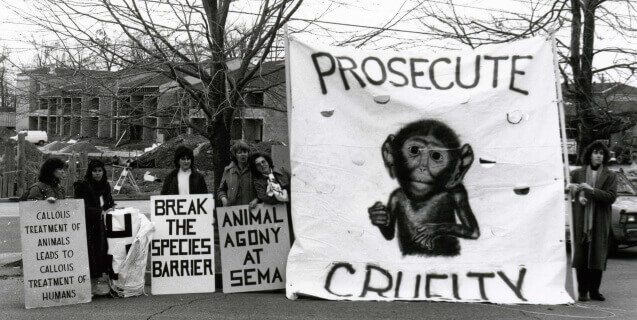 1987 PETA demo against cruel experiments on chimpanzees at SEMA.

PETA has exposed  cruelty in laboratories, filed complaints against laboratories that experiment on chimpanzees, reached out to members of Congress, organized demonstrations, gained celebrity support, filed shareholder resolutions, launched online advocacy campaigns, and called for an end to this barbaric practice in popular and academic publications.

Thank you to all our supporters who helped win this historic victory for chimpanzees.