Exciting progress has been made in PETA’s global fight to end the cruel forced swim test! Leading research university King’s College London has officially become the first known academic institution to declare that it will no longer use the cruel and pointless forced swim test, following communication with PETA U.K. scientists.

In this widely discredited experiment, small animals are placed in inescapable beakers filled with water and made to swim in order to keep from drowning, supposedly to shed light on human depression. The test has been heavily criticized by scientists who argue that mice who stop struggling and begin floating are not exhibiting signs of depression or despair, but rather of learning: They’re saving energy and adapting to a new environment. Ultimately, the test may be less reliable than a coin toss in predicting whether or not a drug will be able to treat depression in humans.

PETA released video footage of the forced swim test in early 2019 and has been in discussions with pharmaceutical companies and government officials regarding the test ever since. After receiving our evidence, King’s College London confirmed that it has no intention of using the test on any species going forward.

PETA and compassionate people everywhere are delighted that King’s College London is leading the way, choosing to do the right thing by committing to ending all use of this cruel test. We encourage the university to carry this momentum forward into other areas of animal experimentation and to urge other universities to follow its lead by banning the test. 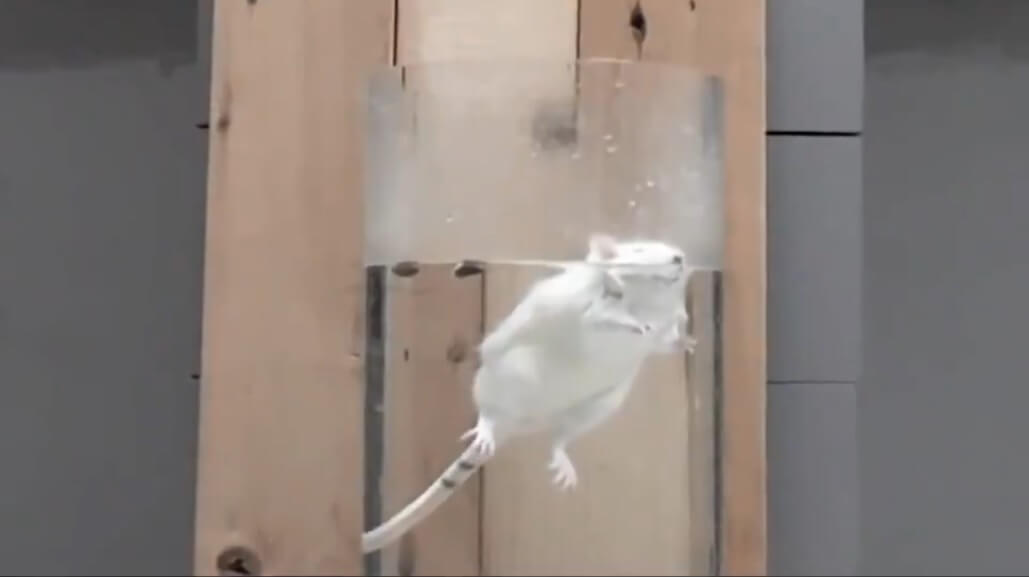 You can help us persuade Eli Lilly to ban this pointless test. It’s easy to take action! Get started by clicking the link below.