Thanks to your hundreds of thousands of e-mails and PETA’s campaign, Bristol-Myers Squibb has confirmed to us that it has banned the forced swim test! 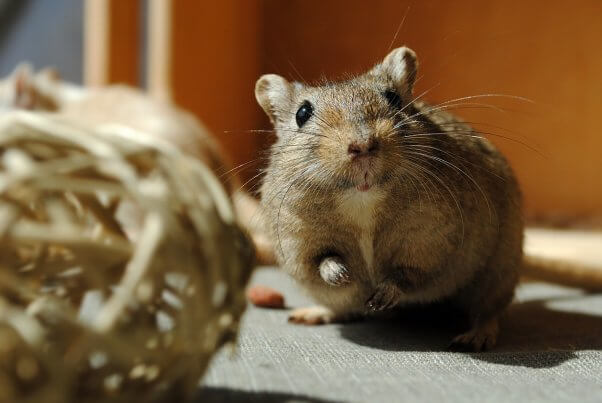 The resounding victory for small animals comes after more than a year of pressure that included nearly 800,000 e-mails from supporters, resolutions to ban the test from PETA and a compassionate shareholder, ads, videos, and public protests.

PETA launched the campaign after our scientists reviewed documents showing that between 2008 and 2017, Bristol-Myers Squibb employees published papers describing the use of more than 1,600 animals—748 gerbils, 698 mice, and 192 rats—in cruel and pointless forced swim tests. The animals were dropped into inescapable containers of water, and experimenters watched as they panicked and frantically searched for an escape. There were likely many more animals subjected to this atrocity in studies that weren’t published.

The experiment is often used to test human antidepressant medications, but it has been widely discredited. The 1,600-plus animals who thought they were drowning in Bristol-Myers Squibb’s laboratories over the last decade? Their suffering didn’t lead to even one new drug on the market.

So far, PETA and our supporters have persuaded 13 companies to stop or ban these near-drowning tests on small animals—including 10 Big Pharma corporations. And we can do it again. Send a quick e-mail to Eli Lilly and urge the company to join its competitors in banning the forced swim test today.

Stop Forcing Small Animals to Swim for Their Lives