As the story goes for countless animals we share this planet with, many human activities place barn owls in danger. But there’s hope! Here are some simple things we can do to protect these interesting individuals:

Turn off the lights.

Owls feed at night, which means that extensive exterior lighting disrupts their hunting patterns. Darker yards free of spotlights and sensor lights make owls feel more at ease while on the prowl. 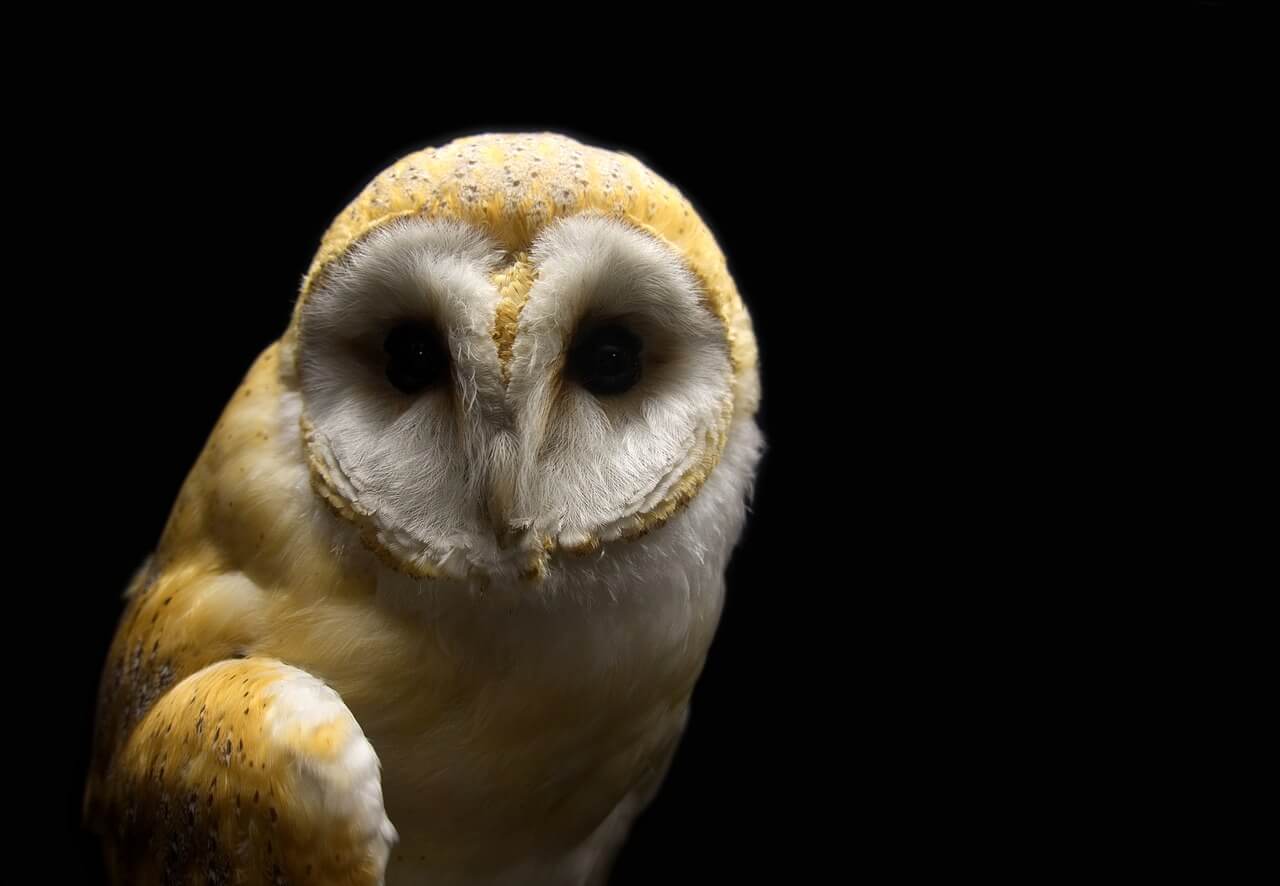 Get rid of hard-to-spot fences and nets, and take down decorations right after the holidays.

When owls hunt, they like to fly low to the ground. This means that razor-wire fences and things like soccer nets and decorative “cobwebs” are life-threatening hazards to unsuspecting owls. Make fences more visible for birds, and remove netting from your yard at night. 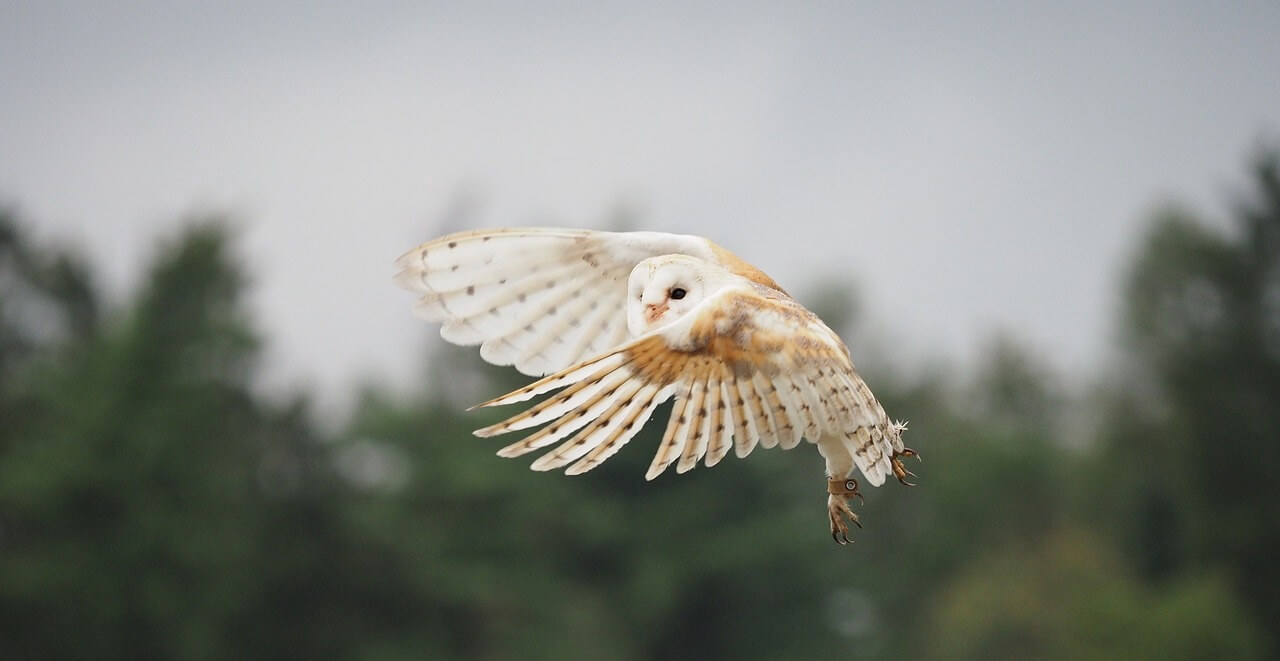 Farmland, once hunting ground for barn owls, takes up tons of space to grow crops to feed animals used for food. Over two-thirds of all crops grown in the U.S. are used for farmed animal feed. A lack of access to food is a leading contributor to diminishing owl populations. 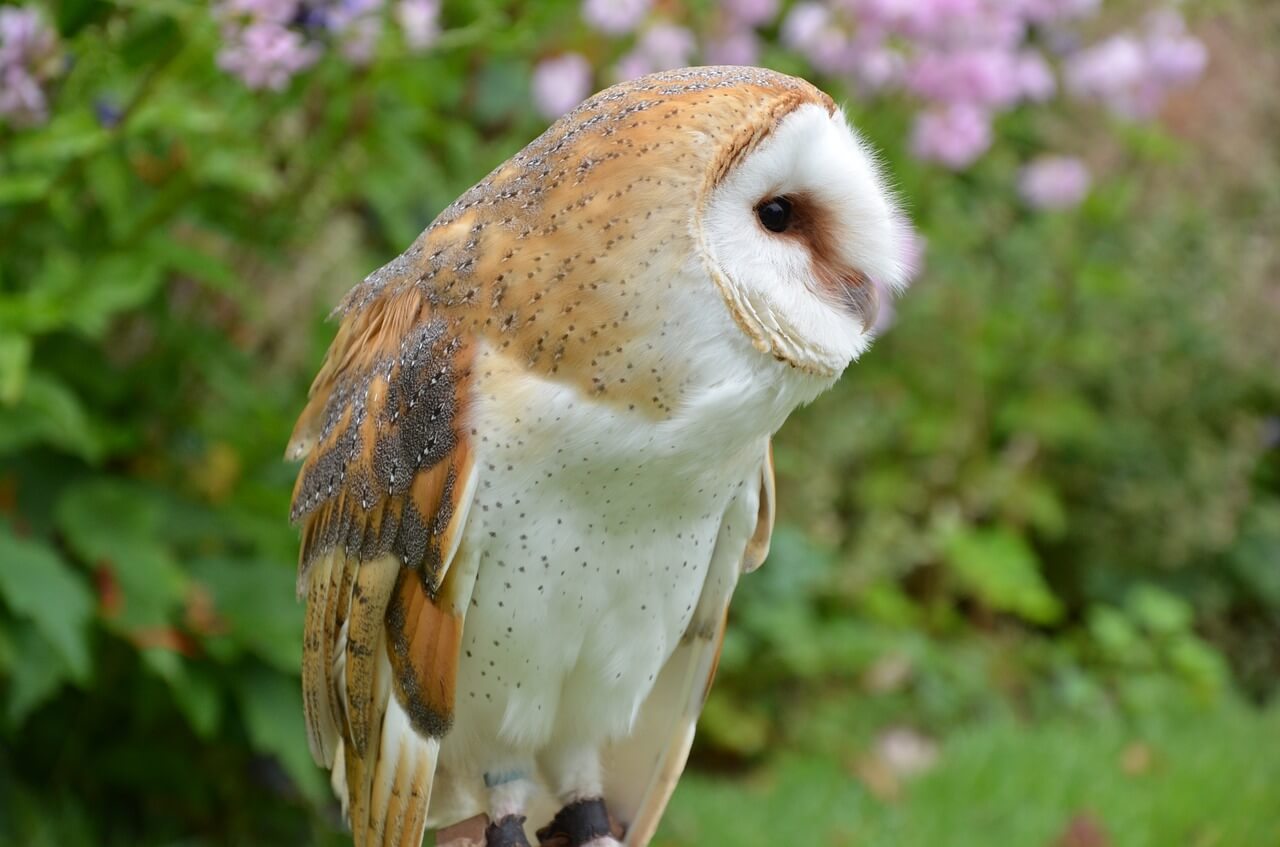 Even when barn owls do find a meal, their food could very well be toxic. Poisons—laid out by humans—that are eaten by rats, mice, and other small animals contaminate their bodies and are then passed on to hungry owls. (If you need to evict a mouse in a house, try humane methods instead.) And grain treated with toxic herbicides ends up harming owls in a similar way. 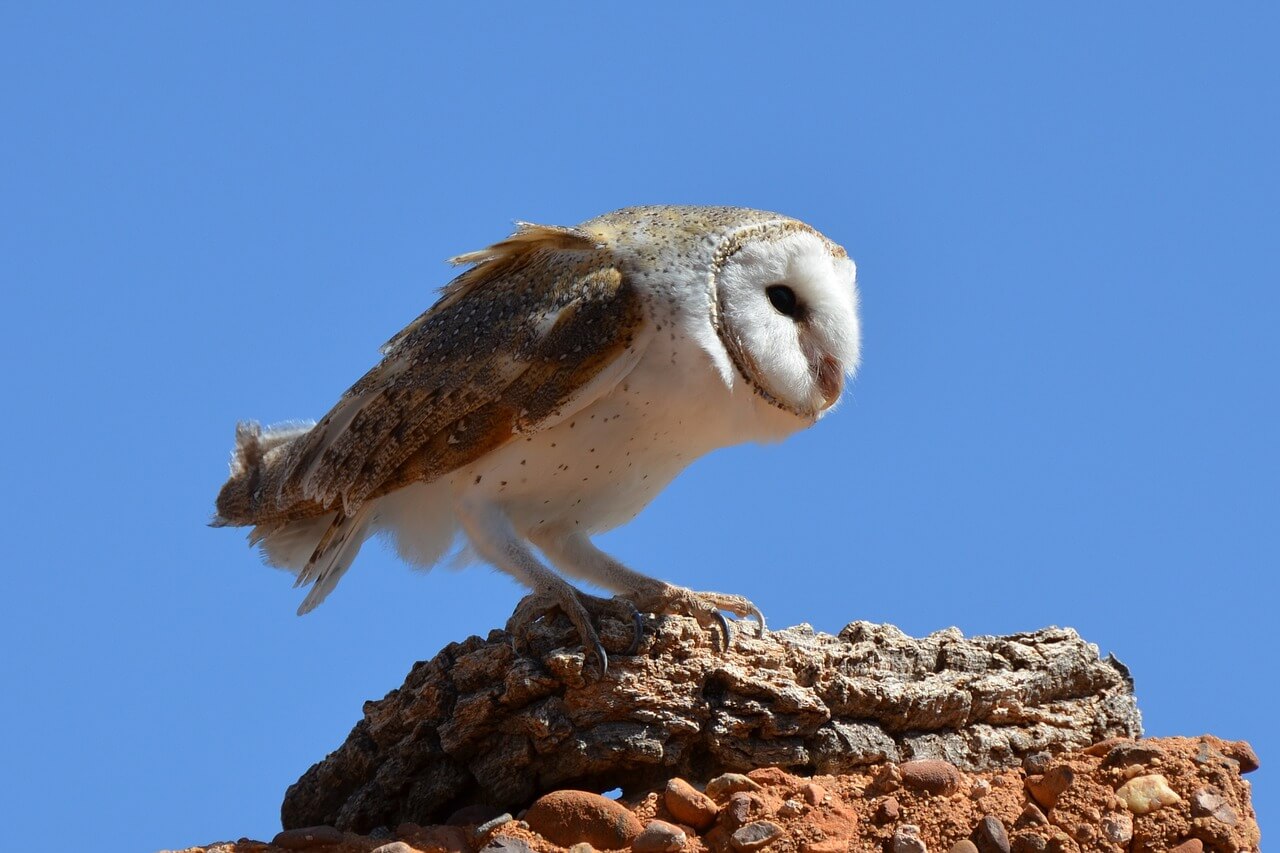 Cats are not a part of natural ecosystems and often compete with animals for food. Scientists now list invasive species, including cats, as the second most serious threat to bird populations worldwide. 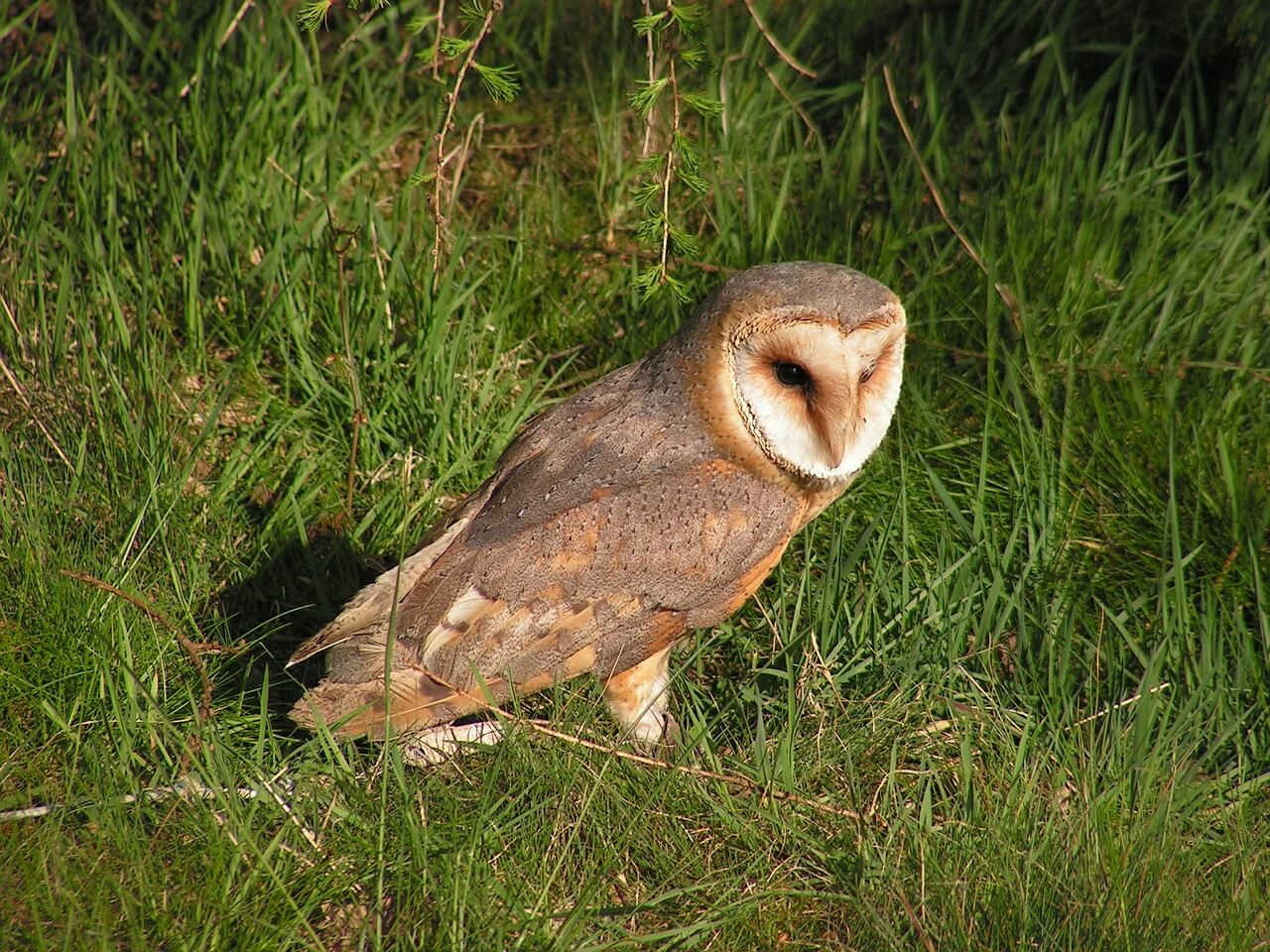 Leave that dead tree be, and keep vegetation pruning to a minimum to create a safe home for owls.

Large, bare branches are prime spots for owls to perch on, and when an old barn, mill, or shed isn’t available, owls can make hollow trees their home. A more natural, low-maintenance backyard is what owls love, especially for roosting and nesting. 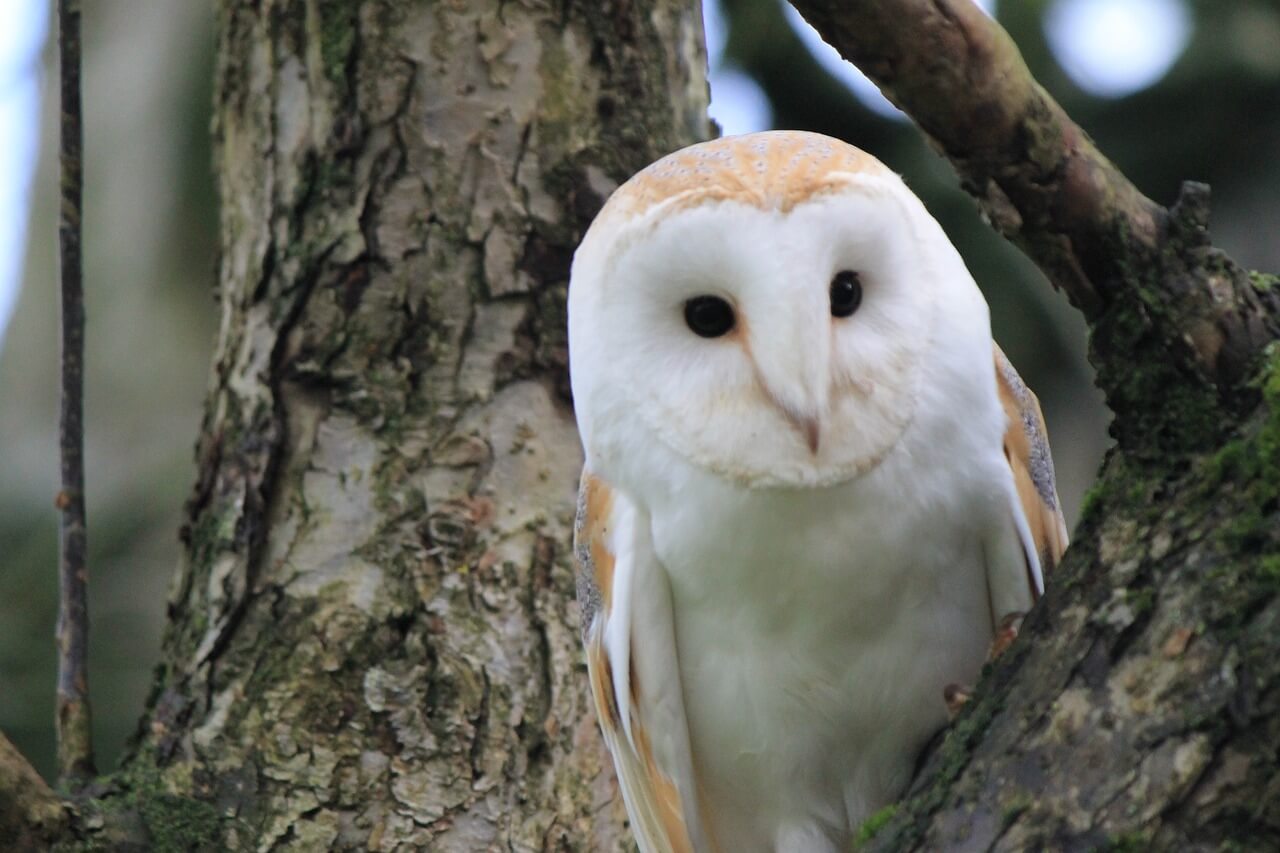 As if owls weren’t having a hard enough time, Johns Hopkins experimenter Shreesh Mysore commits horrific atrocities against these majestic birds in order to make useless claims about human experiences. 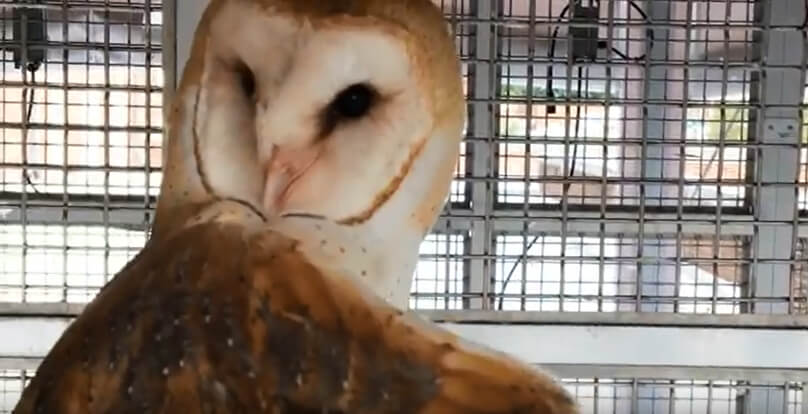 Mysore cuts into barn owls’ skulls to expose their brains, screws and glues metal devices to their heads, and forces them into plastic tubes and restraint jackets so cramped that they can’t even move their wings—for up to 12 hours. He then clamps open the eyes of the surely terrified owls and bombards them with sounds and lights. Following all this torment, he pokes electrodes around in the brains of fully conscious birds, mutilating their brain tissue so severely that the animals become “unusable” to him—at which point, he kills them.

The studies are as irrational as they are cruel. Mysore claims that observing the brains of abused owls—mutilated and forced into a completely unnatural laboratory environment—will somehow tell us about the complex human experience of attention deficit disorder. Spoiler: It doesn’t, and it won’t.

Tormenting and killing animals certainly pays handsomely, however. Mysore has received more than $1 million in funding from the university and $1.3 million in taxpayer money from the National Institutes of Health.

Help shut down Mysore’s grant gravy train. Using the link below, stand with other activists in demanding that Johns Hopkins end these gruesome owl tests!