Add the Czech Republic to the growing list of countries saying “no” to fur farms. Today, the Czech Parliament adopted a bill that will ban fur farming as early as 2019 and by 2021 at the latest. The bill needs to be confirmed by the Senate and signed by the president before it goes into effect and a firm date is set, but sources who spoke to PETA Germany assured the PETA entity that its passage is certain. PETA Germany supported OBRAZ, the local group working toward the ban, with financial assistance, information, expert testimony, and more. 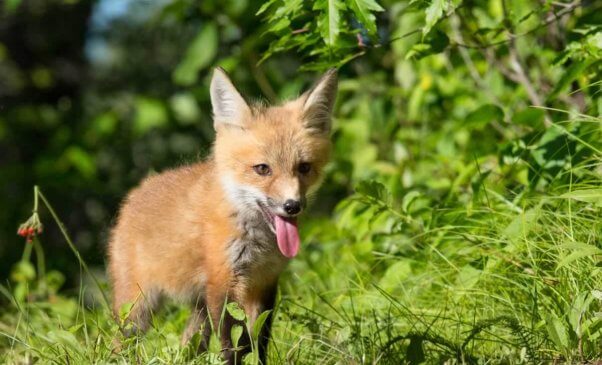 Eighty-three percent of the Czech population is in favor of banning fur farming through this historic amendment to the country’s Animal Welfare Act. The bill will spare about 20,000 minks and foxes every year from being caged in abusive conditions and killed by electrocution and other painful methods.

It’s the latest in a long string of victories for animals who would be killed for their fur. In the last few years, fur-farming bans have been adopted in Croatia, Japan, Macedonia, the Netherlands, and Slovenia. A ban is expected in Bosnia and Herzegovina next year, a bill has already been introduced in the Lithuanian Parliament, and another is expected to be introduced soon in Poland. Germany just passed a law that imposes such high standards for animal housing on fur farms that it’s expected, in effect, to shut down the five mink farms that remain there. It’s been years since fur farms have existed in Austria, Great Britain, and Switzerland because of high housing standards or outright bans.

If nations around the world can go fur-free, so can Canada Goose. Tell the coat manufacturer to leave coyotes’ fur and geese’s feathers on their rightful owners.

TELL CANADA GOOSE TO DITCH FUR AND DOWN!