Today, 11 bears are feeling grass beneath their paws, something that they had never experienced. 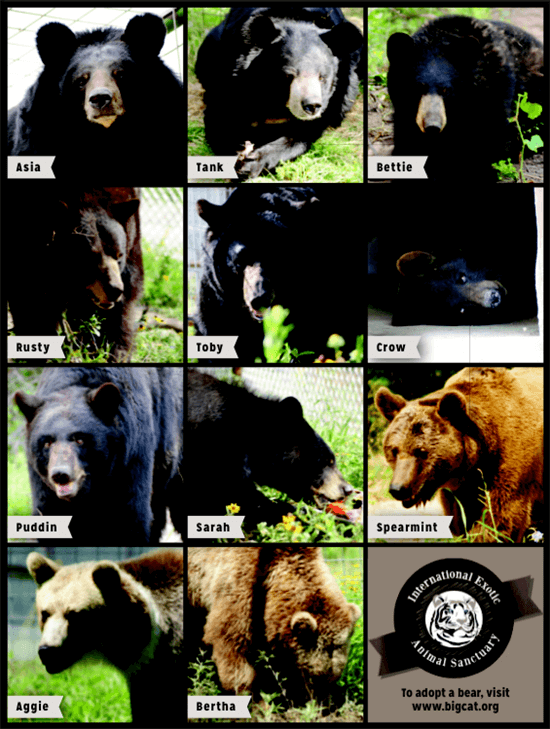 These bears had been imprisoned in concrete pits at Chief Saunooke Bear Park in Cherokee, North Carolina, which PETA has been working to shut down for years. Following a PETA investigation, the roadside zoo paid a fine and surrendered its exhibitor’s license to settle more than a dozen charges for violations of the Animal Welfare Act. 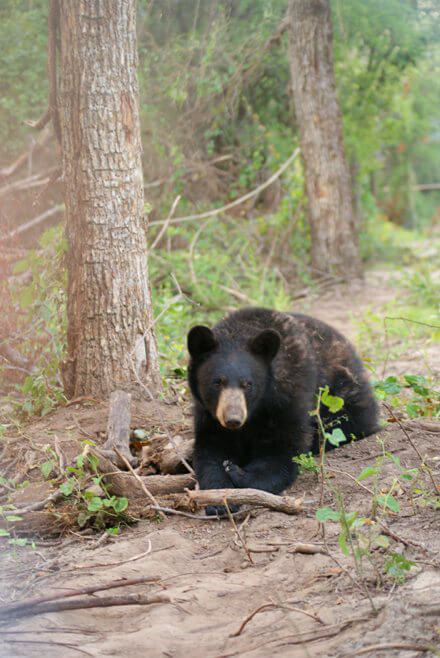 And when a private benefactor generously offered to purchase the bears, the zoo’s owner took him up on the offer, and the Chief Saunooke bears were finally outta there! The donor quickly had the bears transferred to their new home at the International Exotic Animal Sanctuary (IEAS) in Dallas. And with the seedy bear pit now closed, the owners have left the business of exhibiting animals behind them. 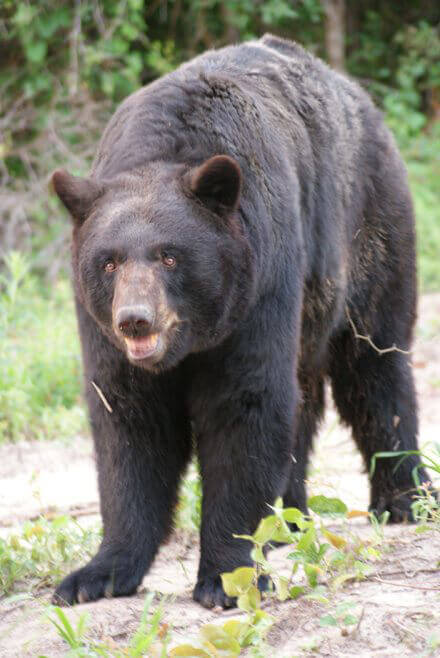 Now the Chief Saunooke bears have traded their barren concrete cells for woods, thickets, and ponds at IEAS. Instead of begging tourists for junk food such as Lucky Charms cereal, they feast on fresh plant food, including their favorite treats: avocados, grapes, peanuts, and watermelon. Rather than turning in endless circles or rocking back and forth, they now climb trees, amble through underbrush, and forage. Instead of being sprayed with water to force them to get up and “entertain” tourists, the bears have an animal behaviorist working to help them recover from years of an unnatural life.

To see more photos of the bears and find out how you can “adopt” them, visit IEAS’ website.

And to everyone who sent e-mails, made phone calls, and protested in behalf of these bears, thank you. Now we must get the last remaining pits closed at the Cherokee Bear Zoo and the other 11 bears out.