Rubén Albarrán has been known as the lead singer of legendary Mexican rock group Café Tacvba for 24 years, but even before that, he was known as a vegetarian and an animal advocate. And in his new PETA Latino ad overlooking Sunset Boulevard, he’s the leader of the “Revolución Vegetariana”: 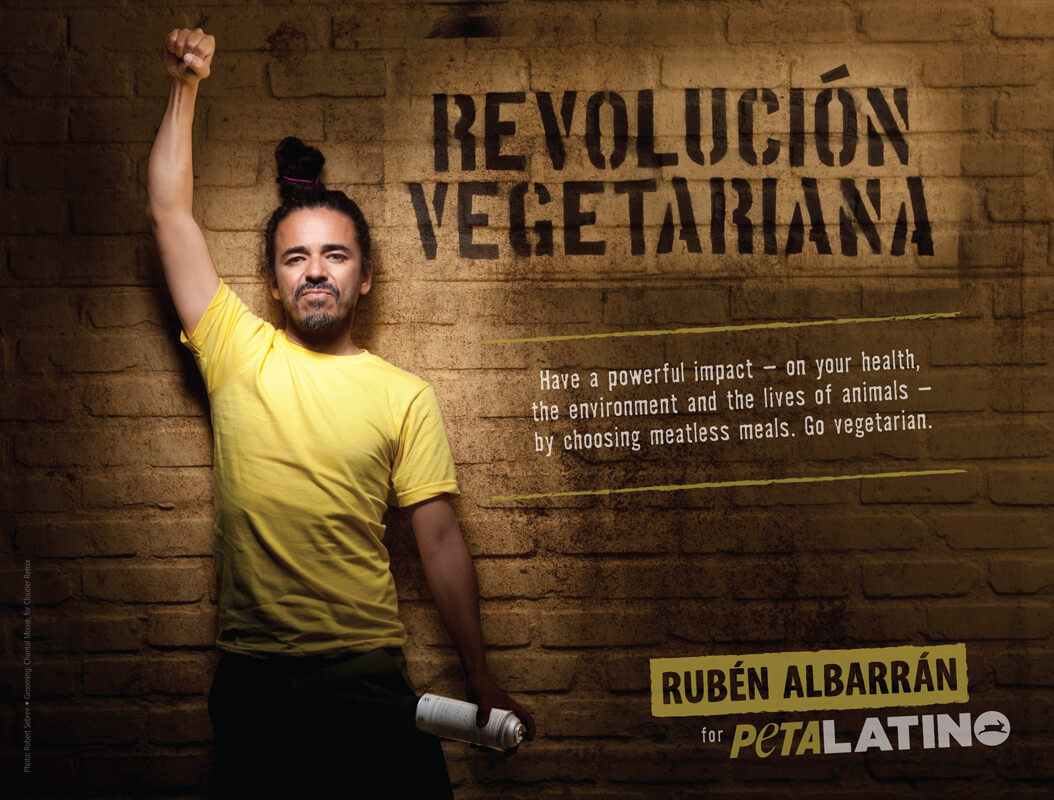 Rubén unveiled his ad for the media today outside PETA’s Bob Barker Building in Los Angeles and talked about why he’s proud to have been sparing animals for a quarter-century. 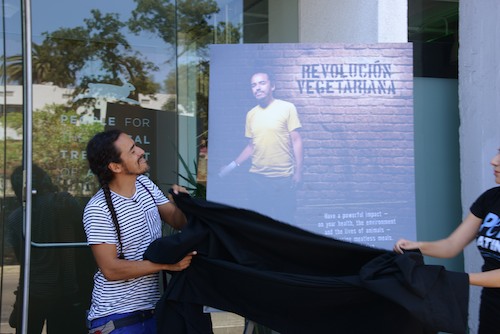 In an exclusive interview with PETA Latino, he talked about his “aha moment”:

“My impulse came from a documentary about rastros, which is what they call slaughterhouses in Mexico,” he says. “And in this documentary, you could see the cruelty that the animals suffered and the way in which they kill them and how they leave them to bleed out. And from that moment on, I decided to stop eating them. Animals are our brothers, and we can’t keep using them and causing them pain.”

Rubén is hopeful that Latinos will embrace cruelty-free eating, both to spare animals and for their own health. And to encourage them, he handed out signed copies of his ad—with tips on how to go vegan included.