Update: Based on PETA complaints documenting abuse and neglect of animals in the University of Texas Medical Branch at Galveston’s laboratories, the U.S. Department of Agriculture has taken the rare step of fining the facility $9,143 for egregious violations of the federal Animal Welfare Act—including failing to supply veterinary care to a sheep who had been used in experimental back surgery and could not stand up, failing to supply adequate veterinary care to a goat who died on an operating table, and failing to supply post-procedural pain relief to three sheep used in experimental surgeries.

Originally posted on May 24th:

We’ve told you previously how the University of Texas Medical Branch (UTMB) in Galveston was cited by the U.S. Department of Agriculture (USDA) after PETA filed a complaint detailing the egregious abuse of animals in its laboratories. After obtaining internal documents revealing hellish conditions for animals in laboratories at the facility, PETA filed another complaint earlier this year—and now UTMB has been cited for the second time in 15 months for flagrant violations of the Animal Welfare Act, including failure to provide sick and injured animals with adequate veterinary care. 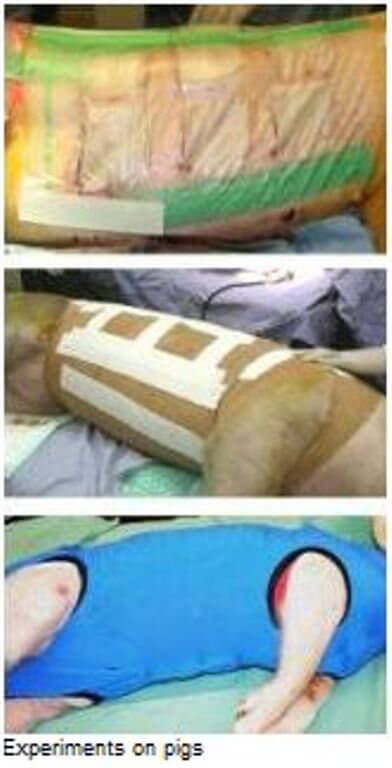 Following the initial successful complaint to the USDA (based on information provided by a laboratory insider), PETA submitted a Texas Freedom of Information Act request to UTMB asking for documents related to the treatment of animals in its laboratories. UTMB initially tried to use various legal exemptions to avoid releasing the records, but PETA’s attorneys successfully argued the case, leading the Texas attorney general to order UTMB to hand over the documents.

Those documents revealed neglectful treatment of animals that had gone previously undetected by federal inspectors and that PETA identified and communicated to the USDA in March 2012, prompting the agency to cite UTMB for violations of federal law. The following are a couple of examples:

How You Can Help Animals in UTMB Laboratories

These heartbreaking stories show that animal experimenters—even those at supposedly top-tier institutions like UTMB—can’t be trusted to abide by even the minimal standards of the Animal Welfare Act. As long as animals continue to suffer in laboratories, PETA will continue to be vigilant in monitoring what experimenters are doing. Animals in laboratories need each of us to stop the cruelty in laboratories at UTMB—and everywhere else!