When a Houston woman found a skinny kitten covered with fleas, she began calling “no-kill” shelters looking for somewhere to take the animal, not knowing that these types of shelters are usually full and offer no help. Frustrated and worried, she called PETA. 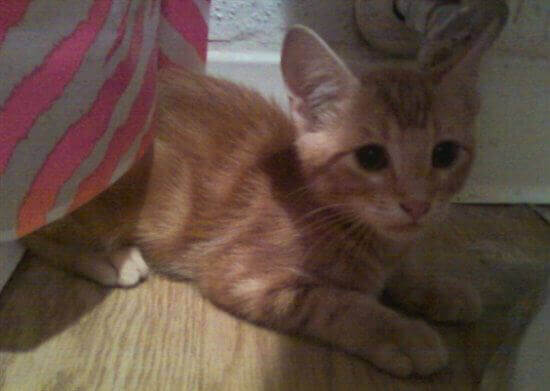 We encouraged the caller to bring the kitten indoors right away and set up a temporary home for the animal in the bathroom, where the tabby would be safe and could be given much-needed food and water. The woman agreed. We found a reputable open-admission shelter in the area that would be able to accept the kitten when it opened the next day. The next morning, after just one phone call, the kitten had a welcoming, comfortable place to stay and a chance for a home. Once again, “no-kill” shelters had done nothing to help, while an open-admission shelter had. Open-admission shelters can’t place every animal, but they don’t turn their backs and leave kittens like this to suffer on the streets or end up giving birth and compounding the homelessness crisis.

So-called “no-kill” shelters sound heroic, but they are often anything but. In reality, they are limited-admission shelters, which turn away the most vulnerable animals and often allow only the youngest, cutest animals admission. And many such places force animals to live for years in a cage, even when the animals are sick or losing their minds from such confinement.

No one wants to have to perform euthanasia, but some of the most caring people in the world have to be brave enough to provide animals with a painless exit from an uncaring world—because no matter what the “no-kill” hucksters and hoarders say, there are too many dogs and cats and too few homes, and leaving them on the streets, selling them to laboratories, or just shunting them along to other states, is not a solution to the animal-homelessness crisis.

Blame needs to be placed where it belongs—at the hands of breeders, and people who refuse to spay and neuter their animals. In the meantime, open-admission shelters will continue to take in all of society’s castoffs, not just the young, healthy, and cute ones—and not just when it’s convenient.

If you know anyone who is thinking of buying instead of adopting or who still needs to make that sterilization appointment for a dog or cat, please help us reduce euthanasia by giving them the facts, not by supporting some “no-kill” fantasy facility.