For the first time in its 127-year history, the American Psychological Association (APA) has issued “Guidelines for Psychological Practice With Boys and Men” to address the harmful aspects of “traditional masculinity.” Of course, the “dominance and aggression” characteristic of this type of masculinity isn’t only destructive for boys and men—it’s also deadly for other species.

“We see that men have higher suicide rates, more cardiovascular disease and are lonelier as they get older. We’re trying to help men by expanding their emotional repertoire, not trying to take away the strengths that men have.”

Along with misogyny and going out of one’s way not to appear weak, the APA links traditional masculine ideology with traits like bullying and violence—two major red flags for animal abuse.

Imagine having such a fragile sense of self that you’d torment, kill, and eat defenseless individuals just to look “manly.”

It certainly takes a bully to destroy the lives of sensitive, conscious “others” in an effort to validate one’s identity in terms of an archaic ideology dictating what it means to be a man. Bullfighters drunk on machismo stab and slaughter bulls for “sport.” Trophy hunters display dead animal parts on walls in desperate attempts to embody “big bwana” masculinity. A psychologist might say a man needs counseling if he tries to prove his manhood by gunning down a 2-pound bird or killing a struggling fish. 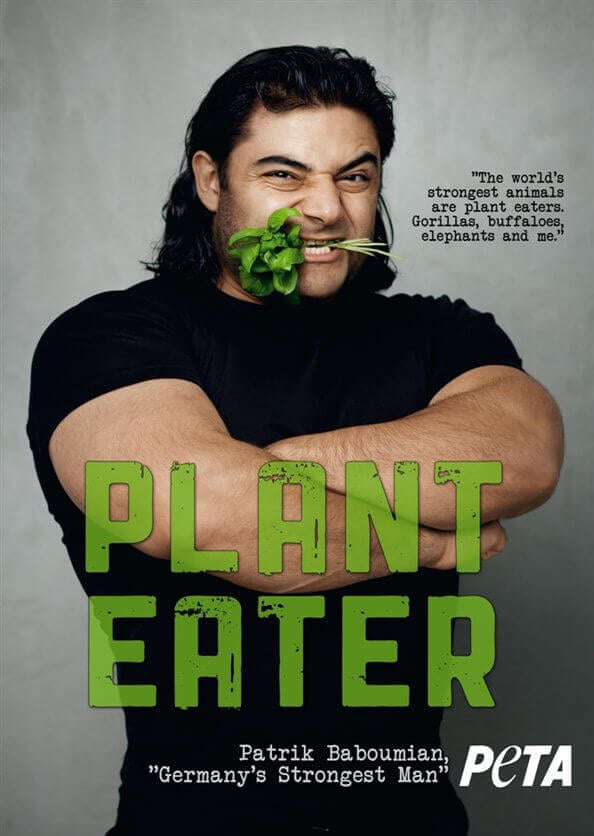 Men who eat steak, hotdogs, and hamburgers, thinking that it makes them “real men,” are eating themselves to an early grave. As the APA points out, men in general eat fewer fruits and vegetables than women do. American men also consume 57 percent more meat than women do. Yet it’s no secret that meat consumption has been linked to an increased risk of suffering from numerous health problems, including heart disease, obesity, cancer, strokes, and diabetes. Men have a higher risk for every one of these. Did we mention the link between eating meat and erectile dysfunction? So much for proving your “manhood.”

If macho hero movies have taught us anything, it’s that having a moral code is totally manly. Having compassion demonstrates strength. Just think of Tarzan, the masculine legend who protected his animal friends and family. And as some of the greatest athletes in the world have proved, vegans can be just as brawny, if not more so, than meat-eaters—without chewing on the flesh of tortured animals. Vegan meals provide sufficient nutrients, including protein, without the artery-blocking saturated fat and cholesterol that comes from meat.

Ready to shake up old traditions and become the best man you can be? Or do you need help persuading a man in your life to go vegan? Check out PETA’s Ultimate Guide for Vegan (or Soon-to-Be Vegan) Men.