The infamous “Pig Beach” of the Bahamas is no paradise for pigs. 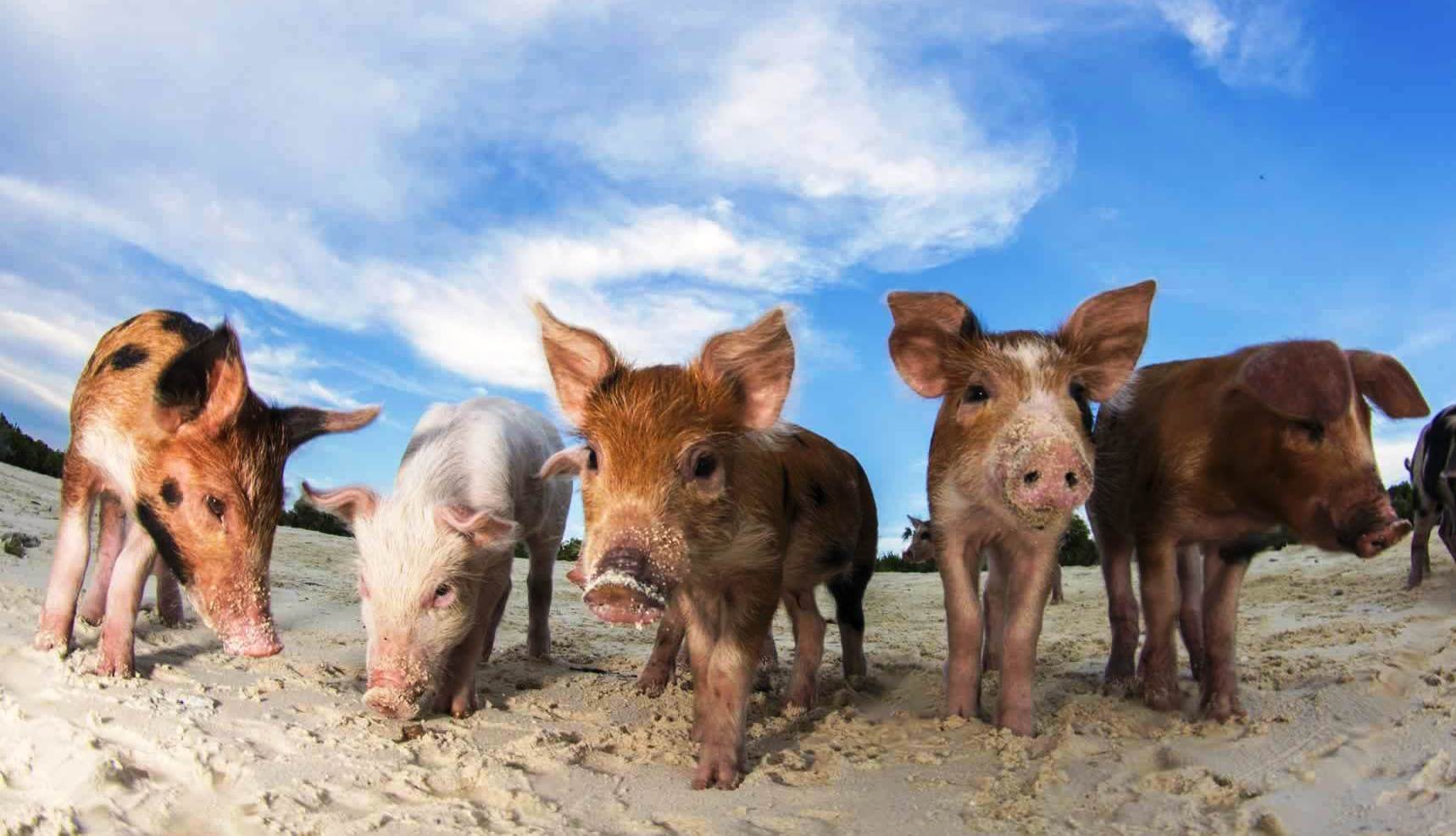 Over a half-dozen pigs of Big Major Cay—the uninhabited Bahamas island known for its swimming pigs—have been found dead.

Local veterinarians took samples to figure out what killed one-third to one-half of the island’s pig colony, but the cause remains a mystery. It’s estimated that 7 to 15 pigs are still alive.

Wayde Nixon, a Bahamas man who claims to have brought the pigs to the island decades ago, suggested that tourists may have killed them with a lethal diet. Anyone visiting the island has unlimited access to the pigs, and rowdy tourists have been known to abuse them in the past. 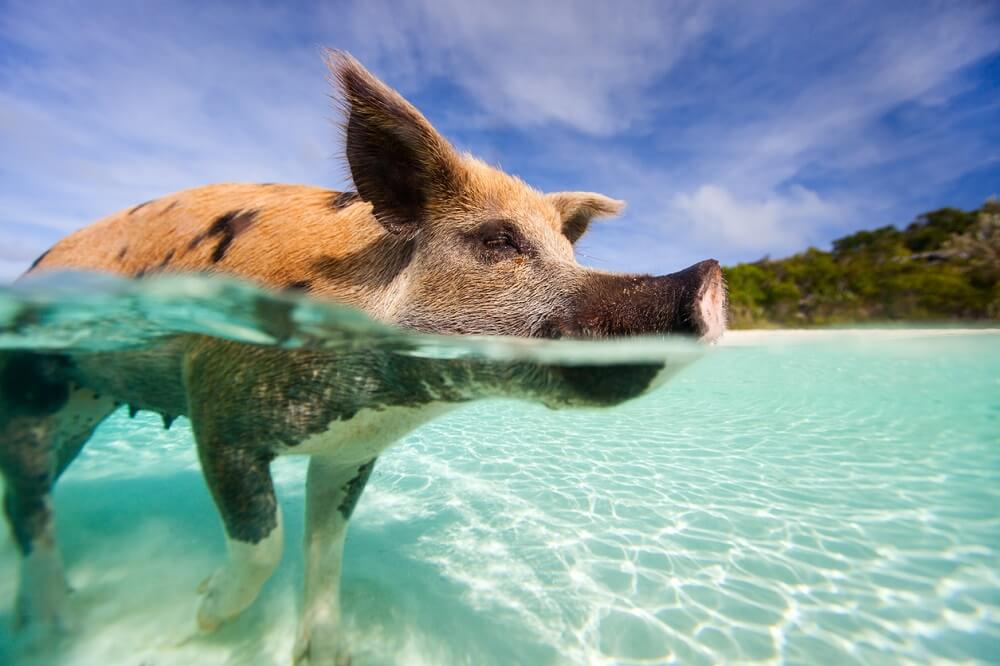 According to reports, the animals’ bodies were thrown out to sea.

Pigs aren’t native to the Caribbean, and their pale, sensitive skin can easily burn when exposed to the strong sunshine day after day. Tourists have reported peeling skin and abrasions on piglets forced to live in the tropical sun without any mud (their natural sunblock) to roll around in.

With little vegetation on the island, they rely on food from tourists—some of whom supposedly supply them with alcohol and junk food. This interaction puts tourists in danger as well. These hungry, partially feral pigs have been known to bite visitors.

To control their populations, adult pigs are reportedly slaughtered to make way for babies—a fact that, of course, doesn’t make it into the ads and brochures that promote this travel destination. Pigs average 10 babies per litter and can have 2 or 3 litters a year. Due to high birth rates and the availability of food from tourists, the pig population is ever increasing.

More “pig islands” are popping up in the Bahamas as money-hungry locals see the exploitation of animals as a way to make a profit.

Speak up whenever people are profiting from an animal “attraction,” and instead choose one of the countless humane activities available in every part of the world—such as going to a national park to see animals living free in their natural habitat. By doing so, we can return home with great memories—and a clear conscience.

How Not to Be a Jerk to Animals When You Travel