The U.S. Fish and Wildlife Service (FWS) has sided with PETA and denied Mitchel Kalmanson’s application to import six endangered tigers from Mexico. The tigers will be spared from abuse at Kalmanson’s hands, abuse that was going on even as FWS was considering his application. In April, the USDA cited Kalmanson for holding tigers in filthy trailers that were infested with maggots, not even letting them out for exercise. Big cats have died as a result of Kalmanson’s neglect, including a lion cub who died of metabolic bone disease caused by an inadequate diet.

The following was originally published on June 18, 2015:

PETA notes that the ESA requires permit applicants to demonstrate that their activities will enhance the survival of a species—and that importing tigers to keep them in small cages and use them for tricks does not help animals in the wild. 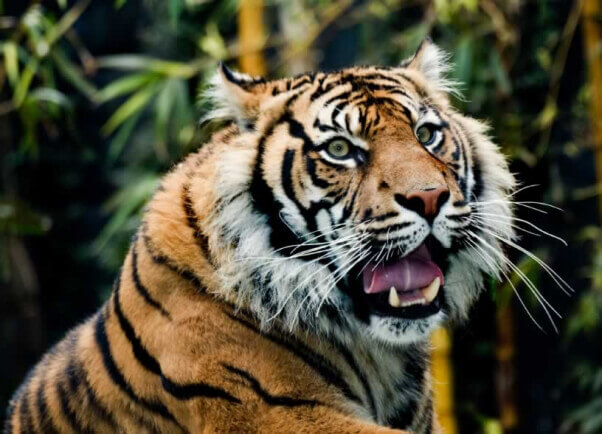 PETA also points out that the ESA requires permit holders to provide animals with humane care and that Kalmanson has racked up a long list of Animal Welfare Act violations, including denying animals adequate veterinary care, allowing a lion cub to die, and keeping animals in tiny cages—something he apparently plans to continue, as his application admits that the tigers would be kept in a tiny trailer and given “no exercise” on travel days, when it would be inconvenient. Kalmanson has also been penalized for previous tiger escapes.

“Mitchel Kalmanson’s activities violate the law. He needs to be barred from having any animals, especially dangerous ones, and should not be allowed to take in any more,” says PETA Foundation Deputy General Counsel Delcianna Winders. “PETA is calling on authorities to shred Kalmanson’s application to drag more tigers across the border.”

The FWS has adopted a “pay to play” policy, issuing permits in exchange for nominal donations to a conservation organization—a policy that PETA is challenging in court. As PETA notes, Kalmanson’s attempt to take advantage of this policy was apparently unsuccessful: He sent a mere $50 to a tiger-conservation organization associated with the Minnesota Zoo, but the donation was returned after PETA contacted the facility about his abusive record.