Dog deaths can’t be left out of a dogsledding video game. But by including a “Dogs Always Live” setting, Timberline Studio—the makers of The Red Lantern, a supposedly “story-driven” video game that gets its name from the Iditarod dogsled race—is sugarcoating the actual stories of more than 150 real dogs who have died while racing in the Iditarod. So we’re urging the game makers to do the honest thing: Remove the feature.

PETA President Ingrid Newkirk sent a letter asking Timberline Studio cofounder Lindsey Rostal to make The Red Lantern realistic by not allowing users to turn off what dogs actually endure in the Iditarod and other dogsledding races, which the game glorifies. 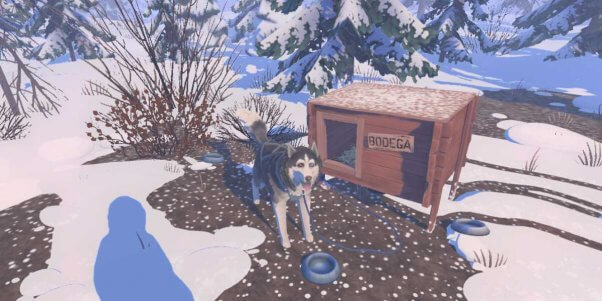 Much like a PETA undercover investigation into former Iditarod champions’ kennels, The Red Lantern shows how dogs used for dogsledding are chained and forced to live outdoors 24/7, often in the freezing cold—although straw bedding and well-built doghouses like Bodega’s weren’t among the things our investigator saw.

The cofounders of the game design company apparently formed Timberline Studio because of their appreciation of “the power of narrative games and the player’s story.” But the story of The Red Lantern is that of someone who idolizes the Iditarod, an event in which dogs are forced to run so far and so fast that their paws bleed and their bodies break down. Some dogs have even died after inhaling their own vomit.

“During this year’s race, at least 220 dogs—suffering from mishaps, exhaustion, illness, or injury—were pulled off the trail, including a senior dog named Cool Cat who developed twisted intestines,” Ingrid pointed out in her letter. “One day after crossing the finish line last year, Oshi died from aspiration pneumonia—likely from inhaling her own vomit—the leading cause of dog deaths in this race.”

If Timberline Studio wants a genuine narrative game, it needs to stop sanitizing real dogs’ stories and allow players to realize the truth: Dogsledding is a blood sport. 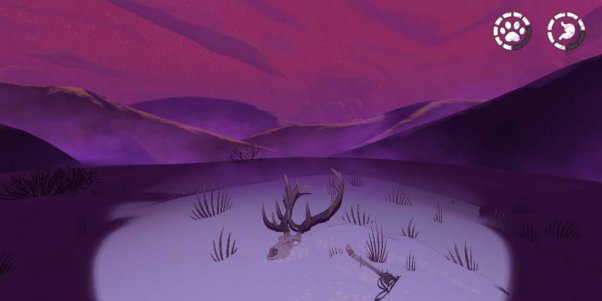 The Red Lantern doesn’t censor the cruelty involved in laying traps or hunting animals. (In the game, players can shoot animals and leave them wounded, seemingly to die later.) It shouldn’t gloss over or hide the suffering that dogs forced to pull sleds endure, either.

A PETA investigator who worked at two kennels owned by former Iditarod champions saw dogs—including Snickers and Birch—who were denied veterinary care for painful injuries, kept constantly chained to dilapidated boxes and barrels in the bitter cold, and forced to run even when exhausted and dehydrated. At one of the kennels, a dog was even dragged to death when a team of dogs broke free from a sled.

We hope Timberline Studio stops misleading players into thinking that dogsledding isn’t the blood sport that it really is. To join us in calling for an end to the Iditarod’s cruelty to dogs, click below—tell Millennium Hotels and Resorts that continuing to sponsor the dogsled race is a form of speciesism, a human-supremacist worldview, and that it must end now:

Tell Millennium Hotels and Resorts to Stop Fueling the Iditarod’s Cruelty to Dogs!