PETA’s tireless efforts have paid off: On August 27, The Camel Farm’s exhibitor’s license was permanently revoked. We had been urging the U.S. Department of Agriculture (USDA) not to renew its license since 2017, when we filed a lawsuit challenging the agency’s automatic renewal of federal Animal Welfare Act (AWA) licenses, including The Camel Farm’s.

The AWA prohibits licensing a facility that can’t demonstrate that it’s operating in accordance with the law, and The Camel Farm has been cited for more than 90 violations of the AWA in the past seven years. PETA urged the USDA not to renew the roadside zoo’s license in 2018 and 2019, but it remained in business—until now. 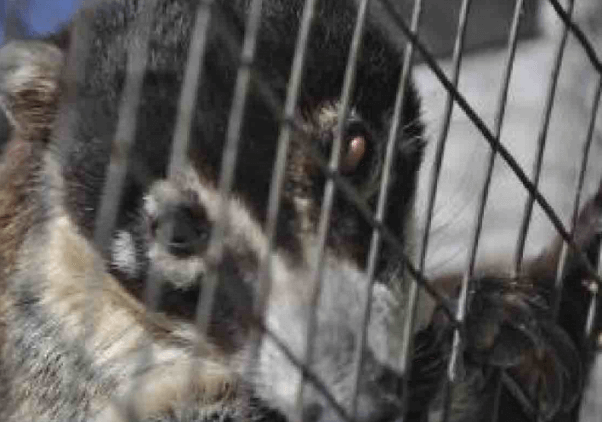 Shyla, a coatimundi, was euthanized after The Camel Farm’s manager attempted to “pop” her swollen eye with a needle and his fingers.

The Camel Farm must now pay the piper for its years of causing suffering to the animal prisoners in its awful facility, ignoring their illnesses, injuries, and deaths. According to the August 27 ruling, if the roadside zoo violates the AWA within the next two years, it will be forced to pay a $126,000 penalty for its nearly 50 alleged past violations of the act—including when it failed to provide numerous sick or injured animals with adequate (or any) veterinary care. 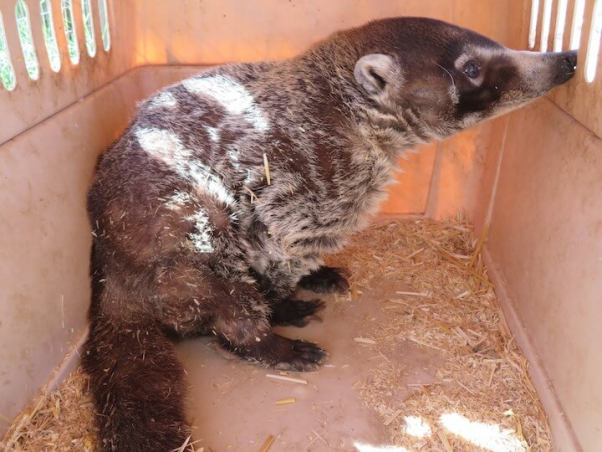 According to USDA records, a coatimundi at The Camel Farm named Shyla suffered from an eye that was swollen, protruding from the socket and leaking fluid. However, instead of contacting a veterinarian as her condition deteriorated, the roadside zoo’s manager attempted an unapproved procedure that involved trying to “pop” the eye with a needle and his fingers, which caused Shyla additional suffering and aggravated her condition. She was eventually euthanized. The USDA also cited The Camel Farm for failing to provide a lame goat named Thor with proper veterinary care seven times, and an ibex named Pixie was found dead two weeks after a veterinarian recommended that she be euthanized. 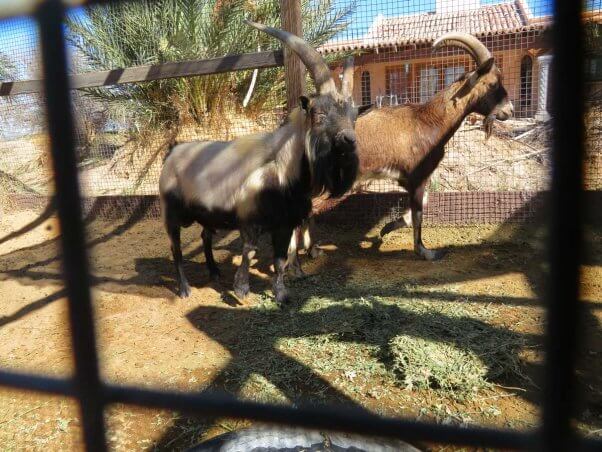 Thor, a tri-color goat, wasn’t bearing weight on his right front leg, a condition that the USDA documented for almost a year. The Camel Farm didn’t follow the veterinarian’s recommendation to have more diagnostic work done, and Thor was ultimately euthanized.

It’s too late for Shyla, Thor, and Pixie, but PETA hopes every other animal still imprisoned at The Camel Farm will be transferred to reputable facilities where they’ll finally receive the care that they need. Click on the button below to tell the roadside zoo to do the right thing for animals:

Urge The Camel Farm to Transfer All Animals to Reputable Facilities