Update: Yet again, the U.S. Department of Agriculture (USDA) has found that The Camel Farm is denying proper care and veterinary treatment to the animals it holds captive. But yet again, the agency renewed the facility’s license. So as the only party that seems determined to make sure that these animals get the care that they need, PETA is suing the USDA. During its latest inspection, the agency found that the owners denied adequate veterinary care to a limping coatimundi, a fox with hair loss and inflamed skin, a camel with a fly-covered growth on his chest, and many others. Some animals didn’t even have drinking water. Because the USDA is seemingly turning a blind eye to the egregious violations of the federal Animal Welfare Act at The Camel Farm and numerous other abusive facilities, PETA is taking the agency to court.

The following was originally published on March 12, 2018:

When a roadside zoo repeatedly proves that it can’t—or won’t—properly care for the animals it exhibits, it should lose its license. That’s the message that PETA is sending to the Arizona Game and Fish Department (AZGFD) after an eyewitness found multiple animal-welfare concerns at The Camel Farm in Yuma, Arizona.

Disturbing visitor photographs from February 25 show a camel with a large fly-covered mass on his chest, multiple animals with overgrown hooves, inadequate shelters, and excessive mud and feces, which can pose a health risk to the animals. 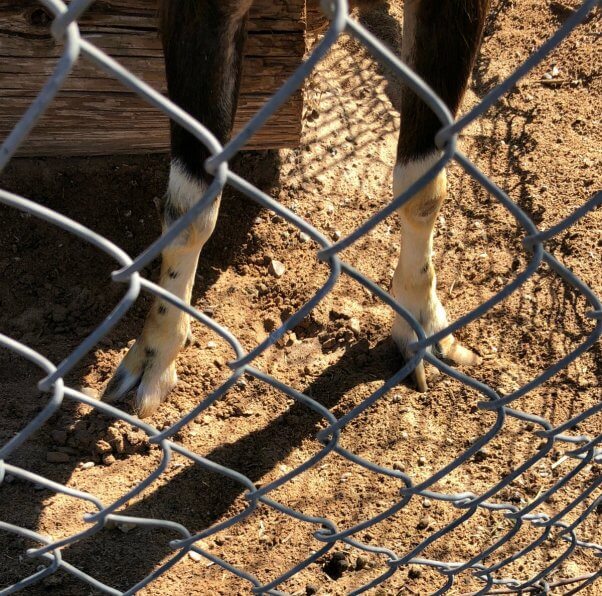 A goat with severely overgrown hooves stands in a barren pen.

The photos are consistent with a U.S. Department of Agriculture inspection report from February 6, which states that inspectors found numerous animals with hair loss or in need of hoof trims, an excessively thin sheep, and a goat who was observed limping—a condition that he’s exhibited for a year. Many enclosures were in disrepair, lacked adequate shade, or had standing water and mud, and one camel and her nursing baby had no access to drinking water. 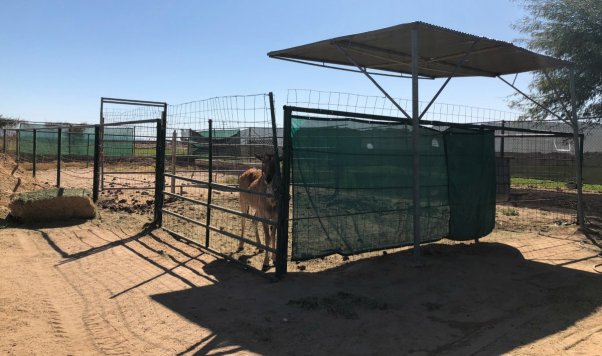 An antelope tries in vain to get out of the sun.

Because Arizona law requires the AZGFD to deny a zoo license when it’s in the best interests of wildlife, PETA is asking the department not to renew The Camel Farm’s license. 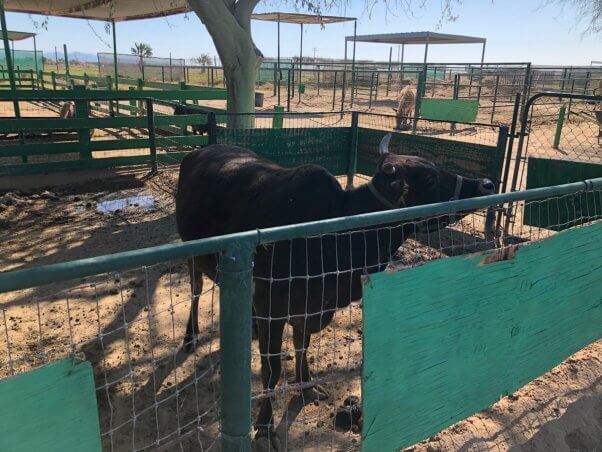 A cow with severely overgrown hooves stands in a barren, feces-filled pen.

PETA noted that these issues are ongoing at the facility, which was cited in November 2017 for having 17 animals in need of hoof trims and the same limping male goat. Among other violations, in the last year, its owners ignored a veterinarian’s recommendation that an underweight ibex be euthanized. The animal suffered for two weeks before she was found dead.

Live-animal attractions often bill themselves as “sanctuaries” or “rescues,” but many of these tourist traps are abusive hellholes for the animals they hold captive. If you’re considering visiting a “sanctuary,” please check it out on PETA’s website first to see if it’s the type of facility that you would want to support.

Help Animals At The Camel Farm