Sentencing a dog to a solitary life on a chain is wrong, and PETA couldn’t be happier to see the Virginia Governor approve new tethering restrictions.

Many dogs who are chained up like bicycles, alone and uncared for, will now be spared frostbite, baking to death during Virginia’s stifling summers, and even drowning during severe weather—all circumstances that PETA’s fieldworkers have seen. 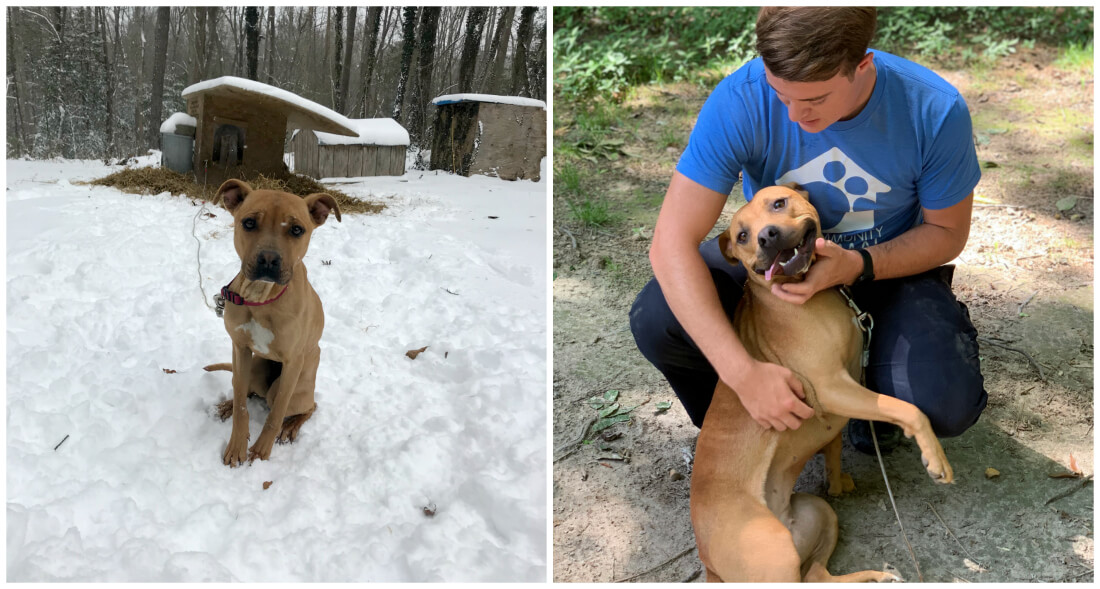 “It has been an honor and a privilege to work on this legislation,” said Sen. Bell. “I am thrilled to see this commonsense lifesaving measure finally pass both chambers and know it will spell relief for countless dogs in the Commonwealth.”

PETA thanks Sen. Bell and Del. Levine for championing these lifesaving bills and making Virginia a kinder, safer place for animals.

Dogs chained outdoors around the clock spend their entire lives in the same few square feet of space, forced to eat and sleep near or even in their own waste, and are deprived of the social interaction that they crave as pack animals. Dogs left outside have been found suffering from heatstroke in the summer and from frostbite and exposure in the winter. All year round, dogs become tangled in their chains and die when they’re unable to reach food, water, or shelter.

You, Too, Can Make a Difference for Animals

PETA urges anyone who witnesses animal abuse to try to stop it or at least report it to local authorities. If possible, witnesses should take pictures and note how long an animal is left without adequate food, water, or shelter.

Familiarize yourself with local tethering laws so that you’ll know whether they’re being enforced. You can also ask local government officials how you can help get laws passed that would ban tethering.

Click on the button below to help support some of PETA’s lifesaving outreach efforts: