Today in London, for the first time, two people got to sink their teeth into a real beef hamburger that wasn’t grown inside a cow. Professor Mark Post of Maastricht University in the Netherlands publicly unveiled his lab-grown burger at a high-profile taste-testing event that was streamed online. A chef prepared the cultured beef patty, and Post let a food writer and a food researcher do the honors.

“The surface of the meat was crunchy—surprisingly,” said food researcher Hanni Rutzler. “The taste itself was as juicy as meat can be, but different. It tastes like meat, not a meat-substitute like soya or whatever.” 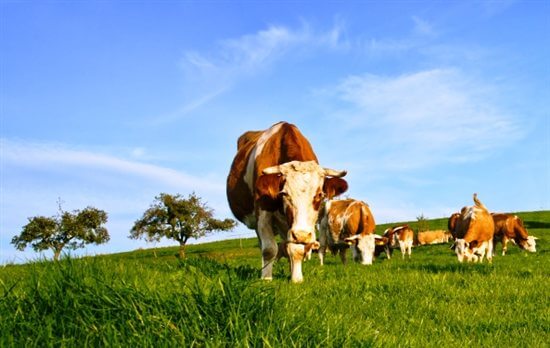 Well, there are some pretty tasty soy—or whatever—burgers, but some people just “have to have” real meat. And that’s going to be OK one day, because cultured beef is meat. Post made his by placing stem cells taken from cows into a culture dish and feeding the cells with fetal calf serum to make them grow. He says that one sample of muscle cells taken from a live cow during a biopsy could create up to 20,000 tons of cultured beef.

Besides eliminating the need to slaughter billions of animals every year, growing meat in a laboratory would end clear-cutting of forests for livestock production, conserve vast amounts of water and energy, and reduce greenhouse-gas emissions for meat production by 78 to 96 percent.

PETA has been investing in cultured meat research for the past six years to save animals. The debut of this lab-grown burger is the first important step toward realizing the dream of one day putting environmentally sound, humanely produced real meat into the hands and mouths of the people who insist upon eating animal flesh.