To ensure the safety of human food ingredients, the TFDA’s previous draft regulation accepted evidence from misguided animal tests as well as only those non-animal testing methods listed in the Organization for Economic Co-operation and Development’s Guidelines for the Testing of Chemicals. In February 2020, PETA sent a letter to the TFDA, urging the agency to accept advanced, non-animal testing methods endorsed by other international regulatory bodies—including those based in the EU and U.S.—and to consider these superior methods prior to pursuing any animal tests.

PETA provided the TFDA with an up-to-date list maintained by the PETA International Science Consortium Ltd. of such animal-free methods, which covers all toxicological endpoints. Now that the TFDA has adopted our recommendation, there should be little to no health food safety tests on animals in Taiwan going forward.

PETA applauds the Taiwan FDA’s regulatory change that will prevent countless animals from being force-fed, killed, and dissected just so that health food companies can make dubious health claims about their products. PETA looks forward to the day when all food tests are conducted through superior, human-relevant research methods that leave gentle mice and rats in peace.

Previously, after hearing from PETA, the TFDA removed all animal tests—including ones in which mice and rats are drowned or forced to run to exhaustion on an electrified treadmill—from its separate draft regulation for marketing foods and beverages using dubious anti-fatigue health claims. In October, actor Maggie Q sent a letter on PETA’s behalf asking the TFDA to do the same for a different draft regulation for joint protection health claims, noting one particularly cruel test in which experimenters inject chemicals into rats to induce painful arthritis, withhold pain relief, starve them for 12 hours, and then kill and dissect them.

Rats, a preferred target of experimenters worldwide, are highly intelligent. They are natural students who excel at learning and understanding concepts and are at least as capable of thinking about problems and figuring them out as dogs are. Rats have excellent memories, and once they learn a navigation route, they never forget it. 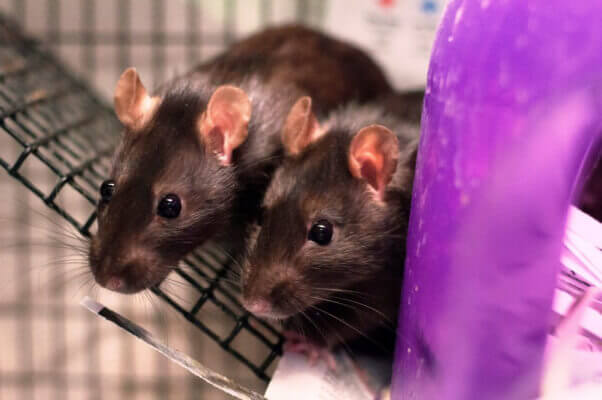