Why did a “cow,” a “rabbit,” a “fox,” a “goose,” and a “tiger” take over Times Square in New York City today? Because as PETA President Ingrid Newkirk said, “We are all animals. There aren’t animals and us. There isn’t a human race and all the other races. That’s a supremacist idea, and it should be stamped out, just like all other forms of supremacy.” 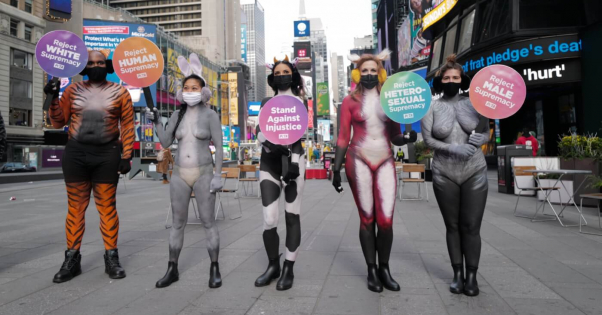 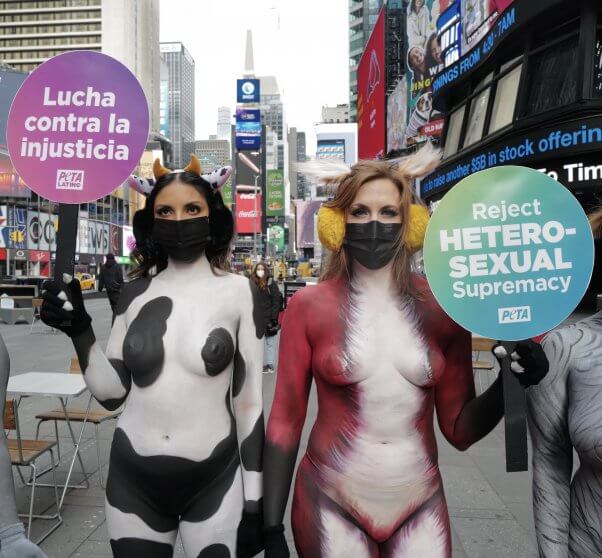 The demonstration was part of PETA’s nationwide call to action against speciesism, the damaging belief that other animals are ours to use and abuse. The global pandemic and growing awareness of inequality have prompted a social reckoning—one that PETA says should include a reflection on the deeply disturbing ways in which humans violate other animals in laboratories, slaughterhouses, circuses, and elsewhere.

Learn More About Speciesism and How to Overcome It

Sexism, racism, and speciesism (as well as ableism, homophobia, and transphobia) are all linked by one common theme: supremacy. Picking and choosing which ugly “-isms” to oppose isn’t how social justice reform works—to cast off supremacism, we must reject all forms of it.

PETA Is Asking Everyone to Reject Human Supremacism

Everyone can combat speciesism. With all the personal-care products, food, clothing, and entertainment available today, it’s easy: Buy only cosmetics that weren’t tested on animals, choose vegan food and fashion, stay away from animal circuses, and otherwise reject the exploitation of living, feeling beings. 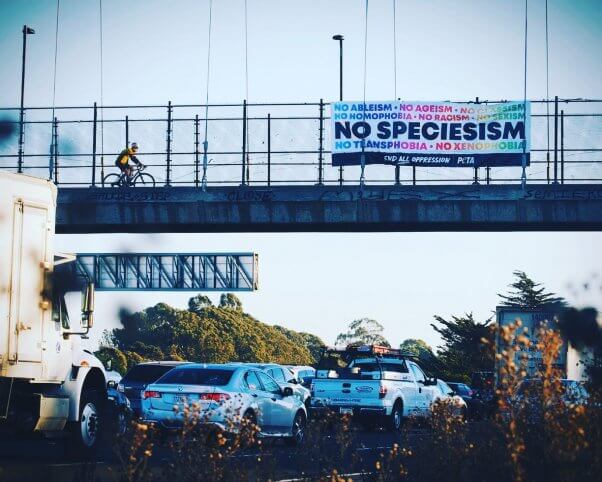 Multiple Students Opposing Speciesism hubs and other PETA supporters have already joined PETA’s revolt against human supremacy with their own demonstrations, including ones in Berkeley, California; Los Angeles; and Phoenix. 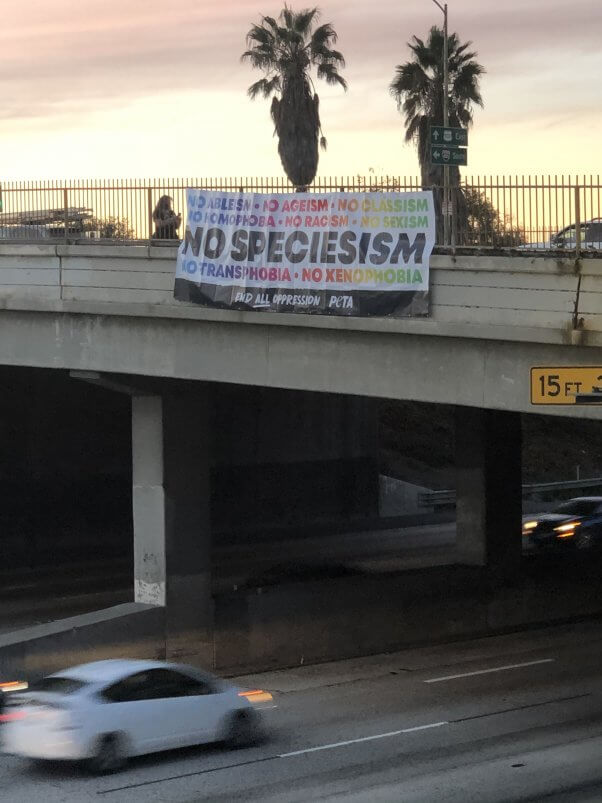 You can get in on the anti-speciesism action, too! Let your neighbors know that all bigotry is wrong—no matter who the victim is—with an “End All Oppression” yard sign. Stay safe and encourage everyone you meet to challenge human supremacy with a reusable “End Speciesism” face mask. And do more to expand the way you think about anti-supremacism by ordering a copy of Animalkind, a book that offers tools for behaving more kindly toward all sentient beings.