Classroom animal dissection is about to be revolutionized, thanks to a groundbreaking partnership between PETA and SynDaver, the world’s leading manufacturer of hyper-realistic, synthetic human and animal surgical models.

In 2018, we approached SynDaver with the idea of making a life-like frog that could be cut into just as students would cut into a real frog. Well, great minds think alike! SynDaver was already working on this concept, and PETA agreed to become a major funding partner to help the company kick it into high gear. 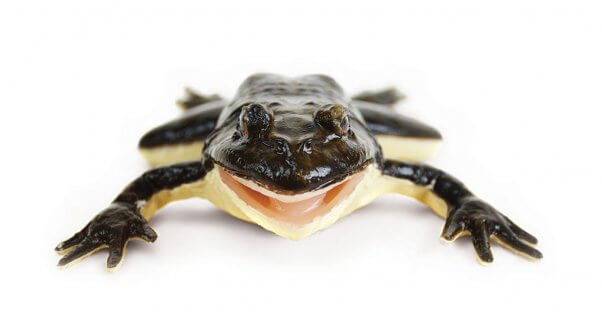 PETA has been working with educators and students for years to move schools away from using real animals in dissection and toward the many humane, non-animal options that are available. Teachers know that hands-on activities can generate palpable excitement and genuine opportunities for learning, and they’ve been dreaming of an alternative to animal dissection for years. Now that dream is a reality.

“The Pasco County School District is committed to being a leader in innovation and opportunity for students, so we are excited to announce that Mitchell High School is the first in the world to use SynFrogs in science labs, giving our students a learning experience no other students have ever had.”—Kurt Browning, Pasco County Superintendent of Schools

“We’re excited to announce our revolutionary SynFrog, which is a far superior learning tool as it is designed to mimic living tissue. This makes it more like a live frog than the preserved specimens currently sold to schools for dissection labs. SynFrog not only looks and feels like a real frog, it’s physically safer to dissect than a real preserved frog because it doesn’t contain potentially harmful chemicals like formalin. We commend Pasco County Schools for taking this monumental step to advance science education, and we want to thank PETA for their funding support, which helped with the initial development phase of the product and enabled us to deliver it faster than previously anticipated.” —Dr. Christopher Sakezles, Founder and CEO of SynDaver

With PETA as its major funding partner, SynDaver has created a new, simulated whole-body frog model called SynFrog—a realistic and detailed frog body with removable, anatomically correct organs—that can replace the use of real frogs in classroom dissection exercises. This huge technological advancement will spare millions of animals’ lives each year, improve students’ learning, and eliminate their exposure to toxic chemicals. 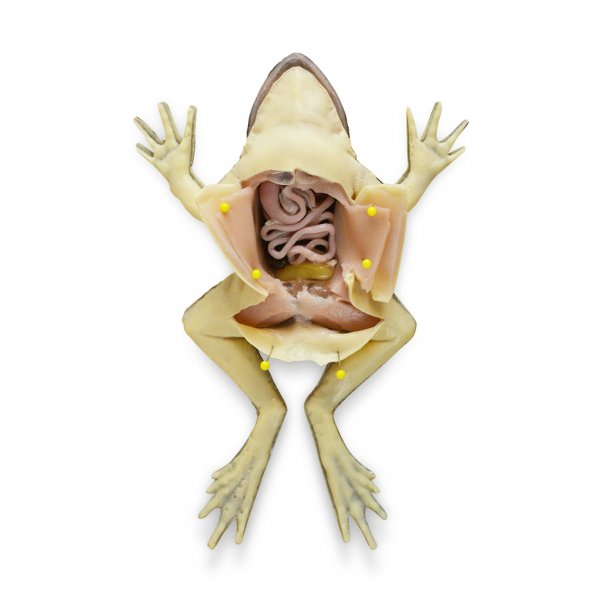 This week, J.W. Mitchell High School in New Port Richey, Florida, became the very first school to use SynFrog, and the reviews were excellent:

“So kids are involved, they are in it, they are finger deep in frog guts, but it’s all synthetic, so the smell isn’t there, the stigma isn’t there, they are not opting out. Every kid is engaged and we have students from all academic levels in the classes that we chose and the teachers that we have them with and they are just all in on this.” —J.W. Mitchell Principal Jessica Schultz

“And real frogs, they don’t actually have to be living and then die for us to do dissections on them, so I prefer this for sure.” —J.W. Mitchell student Maddie Foster

Animals used for classroom dissection do not die “humanely.” Frogs are cruelly stolen from their homes in the wild and are killed specifically for dissection in classrooms. One PETA investigation of a mainstream biological-specimen supply company, Bio Corporation, showed pigeons being drowned in crates and crayfish being injected with latex while they were still alive. This is business as usual, and frogs have it just as bad.

Not only is using dead animals cruel, it’s also bad science: PETA hears from countless students every year who are upset and traumatized by being forced to cut up dead animals, and we’ve seen video after video of teenagers and teachers doing terrible things with animal corpses—including dancing with them, juggling with them, and even jumping rope with their intestines.