For those of you who haven’t heard yet, I’m a new dad! And I’ve been giving out these cigars all over the office for the past few of days to celebrate. Granted, I’m celebrating the birth of an amazing new internet marketing campaign, not a baby, but hey, my work is all I’ve got . . . so just humor me, OK?You see, I’ve been working on this Super Chick Sisters game (for those that haven’t been a teenager at any point in the last 23 years or so, it is a parody of, like, probably the most popular video game in human history, Super Mario Brothers) for what seems like the better part of my adult life. And to be honest, the process has been a lot like what I imagine having a baby must be like, minus the super fun part at the beginning and the gross part at the end though. But now that all the work is done and the game is out there, I gotta say, I’m a damn proud Papa. 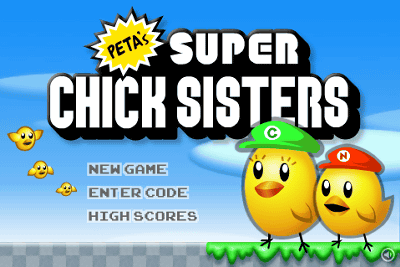 Don’t get me wrong, there are a ton of people to thank for this little bundle of joy, not the least of which is Karen, who spent God only knows how many hours making changes based on my latest whims. And dear dear Paula, who bless her sweet little lawyerly heart, actually thought that a koopa was a contagious disease when the game’s concept was first thrown her way. 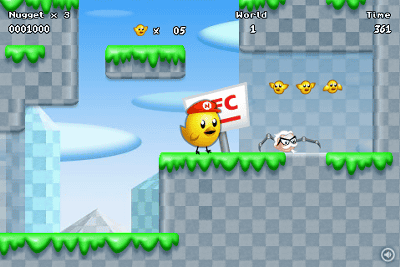 My excitement comes not just for finishing the game—but because it’s already been extremely successful! It’s gotten great pick up on super popular blogs and gaming sites. All in all over 100,000 folks have been to KentuckyFriedCruelty.com in the past couple days to play the game (and learn about how chickens killed for KFC are crueltly treated)! Best of all it’s received over 1k diggs on digg.com, driving massive traffic to the game. So play the game, and if you enjoy it give it a digg yourself, or at least tell everyone you know to go play it. 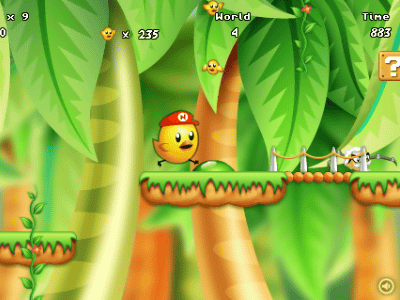 And one more thing. I’m not giving up the cheat codes, no way.