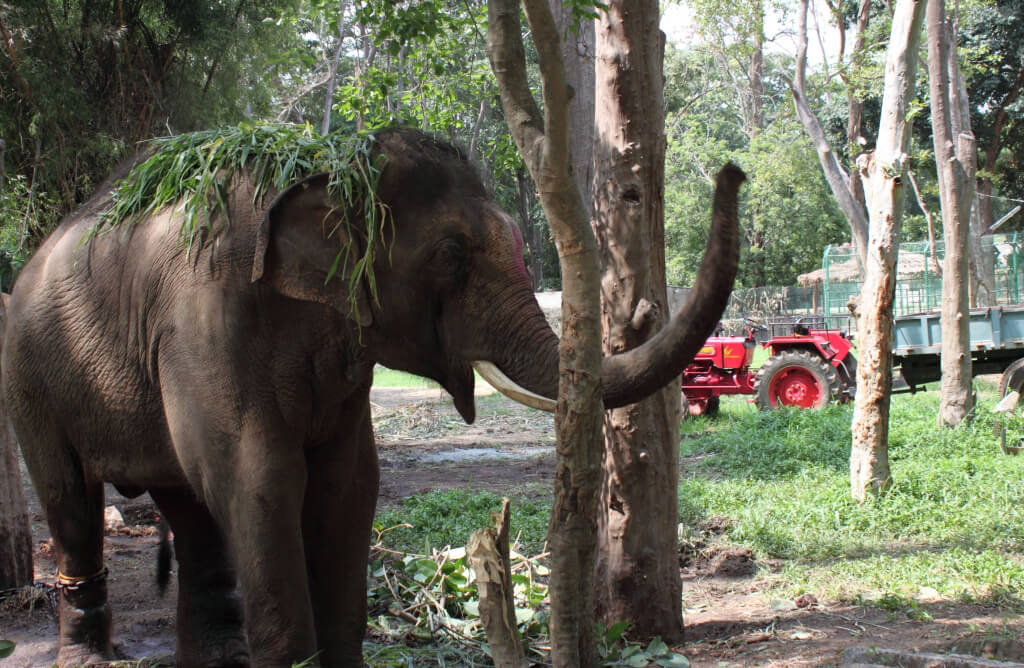 His years of abuse and solitary confinement—he was beaten and kept tightly chained by all four legs in a dark shed—are over. The park staff are gently introducing him to his new language, his new caretakers, and the other elephants, and he’s loving it. He has already made friends with another male elephant named Van Raj as well as one of the park’s youngest residents, baby Shiva. 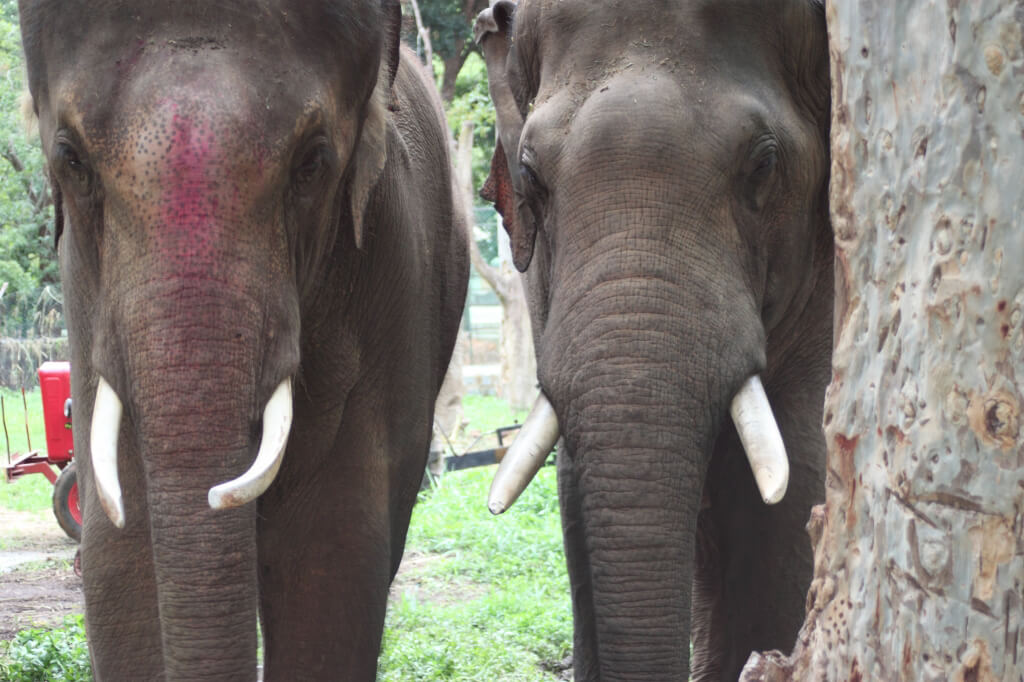 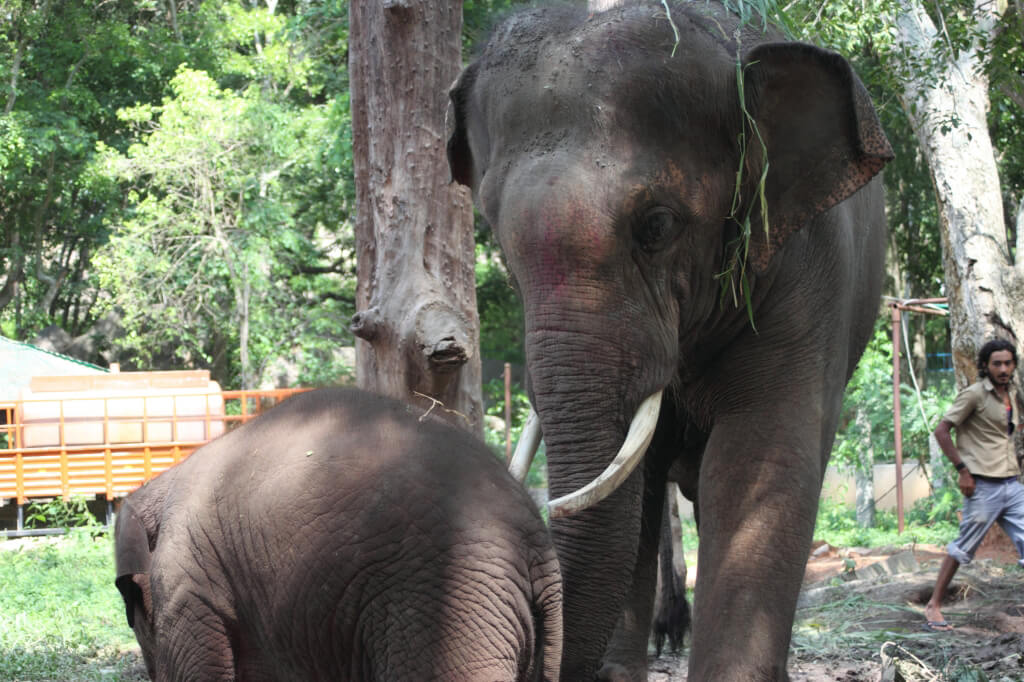 Sunder is still being lightly restrained because he is still recovering from a massive leg injury caused by long-term confinement to tight, heavy chains, so he has not yet been permitted to walk freely through the park with the rest of the elephants, but he’s allowed to mingle with them when they’re in a smaller area, and as soon as his leg heals, he’ll have free run of the park’s 122 acres of forests, streams, and ponds. 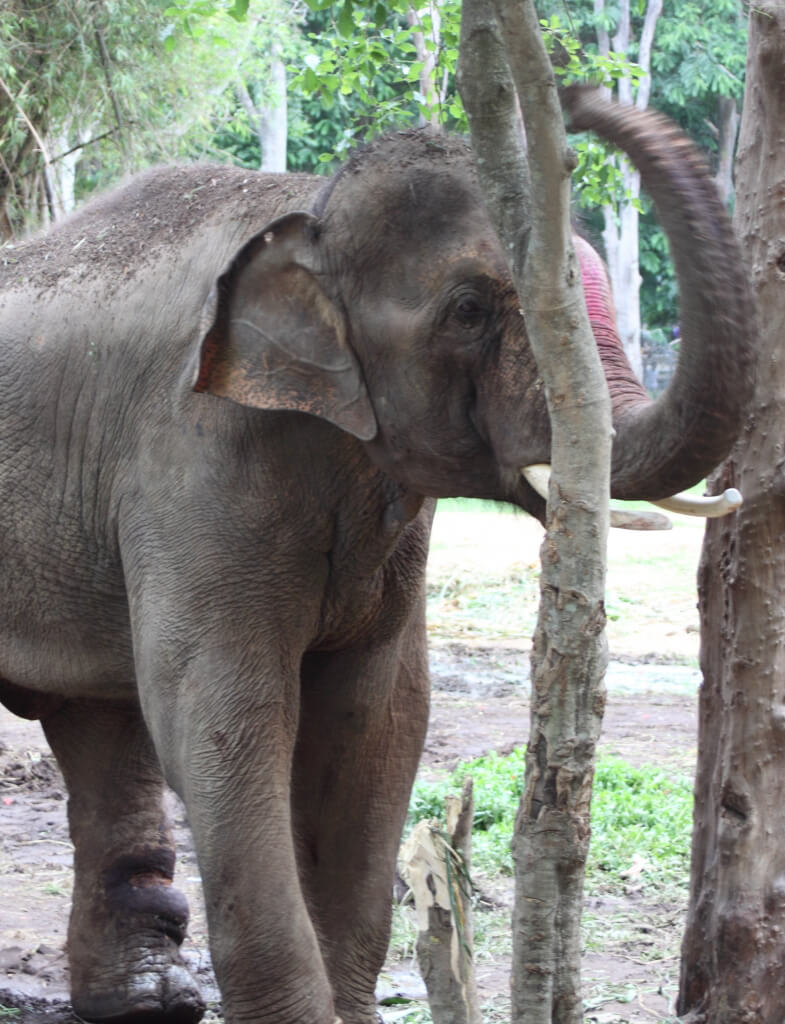 It’s going to take some time before Sunder realizes that the beatings are over, that he can trust people, and that fresh forage and sunshine are his to enjoy. But his new caretakers are working hard to earn his trust (“bribes” of tasty coconuts and other treats are part of the process!), and they report that he’s already making excellent progress. 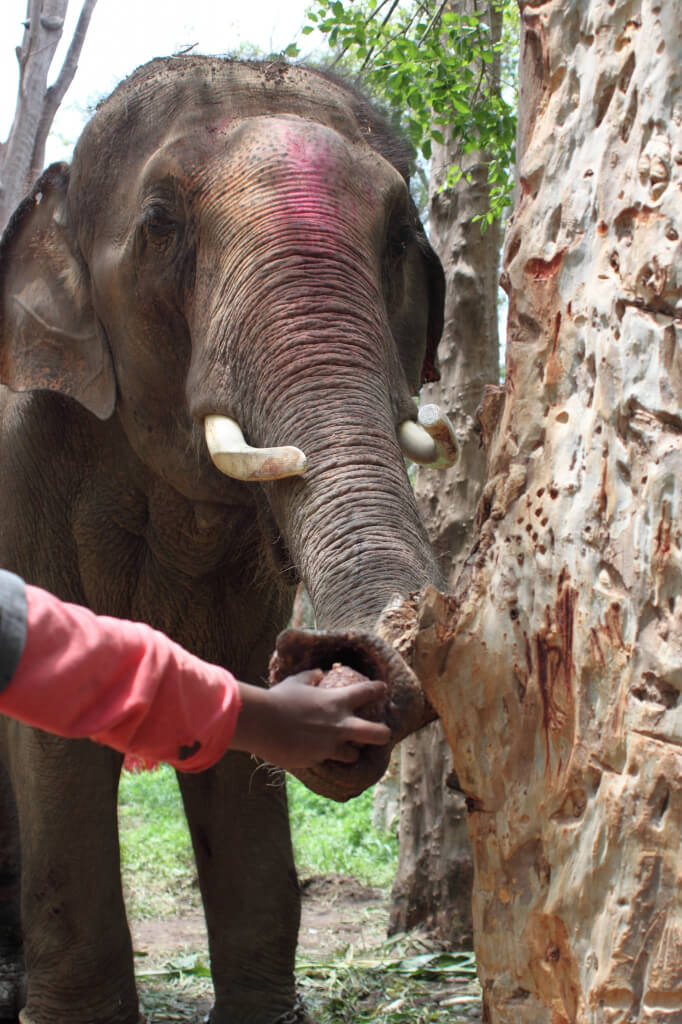 Sunder grabs a coconut from one of his caretakers.

This was a long, hard-fought effort. Sunder was being held captive by a rich and powerful politician who flouted both the law and government orders to free this young elephant prisoner. In fact, this man is still trying to interfere with Sunder, even though PETA India went all the way to the Supreme Court and won the elephant’s freedom. 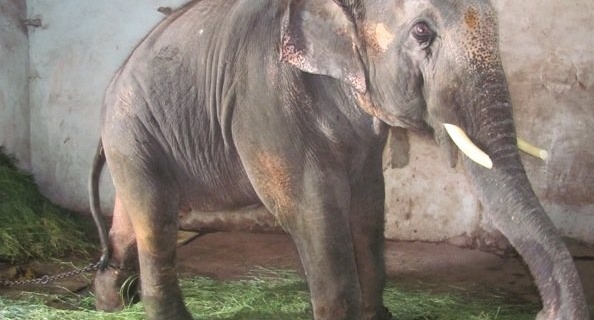 We’re grateful to everyone who made Sunder’s rescue possible. More than 220,000 people around the world wrote to authorities seeking Sunder’s release through action alerts on PETA affiliates’ websites. Many celebrities, including Paul McCartney and Pamela Anderson, took to Twitter or wrote letters to keep the spotlight on Sunder’s plight. PETA India’s lawyers argued well, its veterinarians and experts were invaluable, and the Animal Rahat staff endured many sleepless nights and risked bodily harm in the face of interference and near-rioting by those who fought to keep Sunder from freedom.

So many went above and beyond, including PETA members Ron and Patty Allison, who wrote to Bollywood superstar Amitabh Bachchan to ask him to get involved (which he did). We also want to thank President’s Circle member Sam Simon for his characteristic generosity in making Sunder his godson—or should we say, “Ganesha son”?

It couldn’t have happened without compassionate people like you around the world taking action. On Sunder’s behalf, thank you!