A 4-year-old pit bull named Sandy owes her life to a spay surgery that came not a moment too soon. Sandy’s guardian had learned from her veterinarian that Sandy had a serious uterine infection, and while spay surgery would probably have cured it immediately, the vet’s bill for the procedure would have been at least $900. Sandy’s owner opted for far less costly antibiotic treatment, but two weeks later, Sandy’s condition worsened. She stopped eating, and her distraught guardian called PETA for advice.

Sensing that Sandy was gravely ill, the head of our Mobile Clinics Division rearranged the clinics’ schedules so that Sandy could be spayed the very next day (for free, a service that we offer for all pit bulls). During the operation, PETA’s vet discovered that Sandy also had an enormous ovarian tumor. Suffering from two serious diseases, she almost certainly would have died, likely within days, without surgery.

Had Sandy been spayed as a puppy, she never would have developed the painful infection and ovarian tumor that put her life at risk. She is a living example of how spaying and neutering not only prevents unwanted animals from being born into a world bursting at the seams with them but also protects the health of those who are already here.

PETA’s two mobile clinics spayed or neutered 770 animals in May, including Kharma, whose guardian was so grateful to have her spayed that despite his very limited income, he donated $75 to the program: 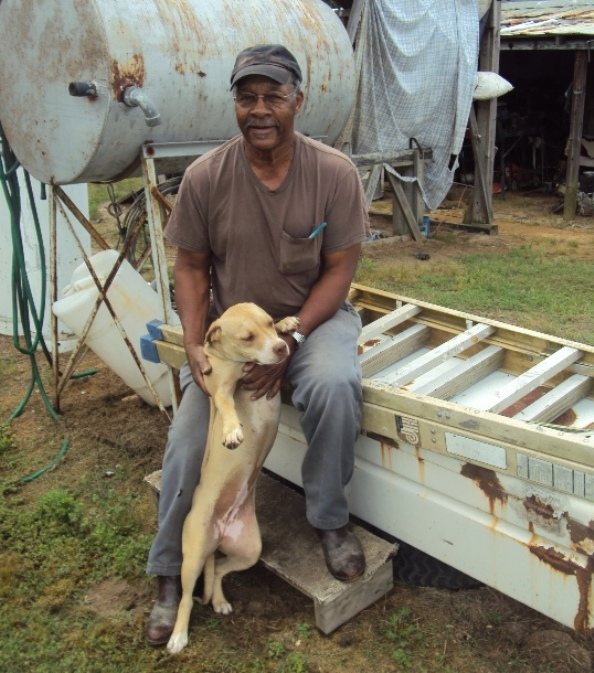 We also spayed Muffin, who had already had one litter of kittens for whom her guardian had difficulty finding homes: 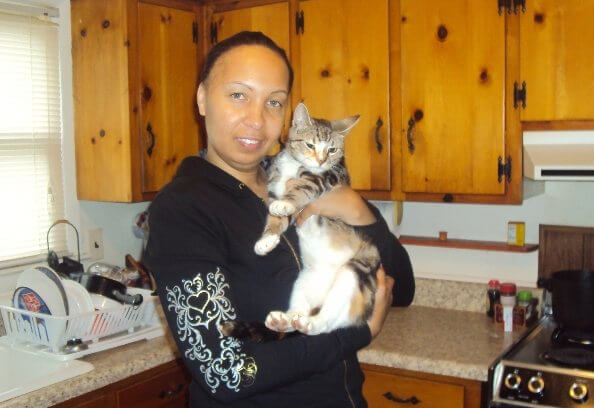 Imagine stories like these occurring again and again each and every day, and you get some idea of the vital work performed by our mobile clinics every month.