The less than 5 percent of the population that hunts animals tends to be a little defensive. As the number of people who think that gunning down animals is “sporting” plummets, hunters desperately try to prop up their dying industry with “right to hunt” laws and even a National Hunting and Fishing Day. As if “conservation” is attained through the barrel of a gun or at the end of a sharp hook. Wildlife-watching and photography are Americans’ real favorite ways to enjoy nature. So PETA created a holiday that true outdoorspeople can actually celebrate: Fish Amnesty Day. It just so happens to fall on the same day as that other “holiday,” on the fourth Saturday in September. 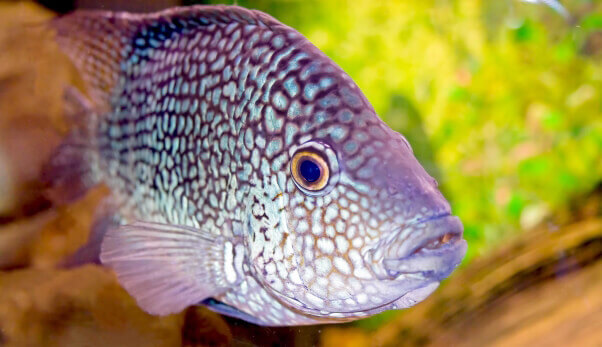 PETA first introduced Fish Amnesty Day in 1997 to remind people that animals should be respected, not killed for fun. We chose fish to be the namesake because they tend to be left out or forgotten, even by some animal advocates. Many people stop eating land animals but continue to consume the ones who live in the sea. More fish are killed for food each year than all other animals combined. And some humans still believe the old wives’ tale that fish aren’t able to feel pain. 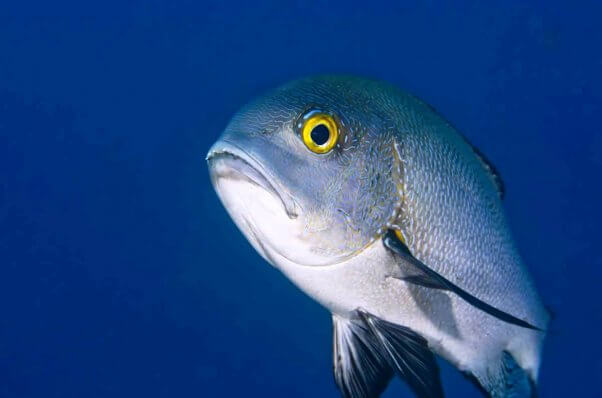 Fish are truly fascinating animals. Aside from being breathtakingly beautiful (who doesn’t love to go snorkeling and see a scene from Finding Nemo playing out around them?), they have distinct personalities, just like other animals and humans do. They’re very social—with sophisticated societal structures—and they recognize and communicate with their shoalmates. They can use tools to accomplish tasks, pass on knowledge to and learn from one another, and even eavesdrop on other fish’s conversations. 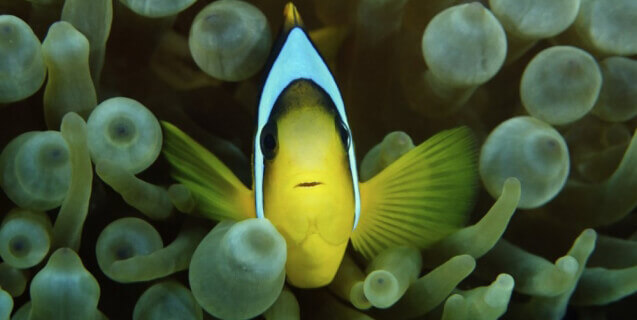 Goldfish have longer “sustained attention” spans than humans, according to a study by Microsoft, which found that the small fish can concentrate for nine seconds, compared to eight for humans. They can tell time, and they enjoy affection, gently rubbing against one another just as humans snuggle.

Fish also have advanced nervous systems that process and respond to pain. With no laws protecting them from cruelty, they can be impaled on hooks, yanked out of the water, and suffocated. Their mouths are ripped open as hooks are pried out, they’re hit in the head with blunt objects, and they’re sliced open and disemboweled while still alive. Fish researcher Dr. Culum Brown has concluded that “the potential amount of cruelty” that we humans inflict on fish “is mind-boggling.”

Fish also frequently die because of catch-and-release fishing. Those who are thrown back into the water after they’ve been hooked often don’t survive the injury and the loss of their protective outer coating. The Utah Division of Wildlife Resources reports that the “major cause of hooking mortality is [the] hooking injury itself.” More than 60 percent of deeply hooked fish die after they’re released. 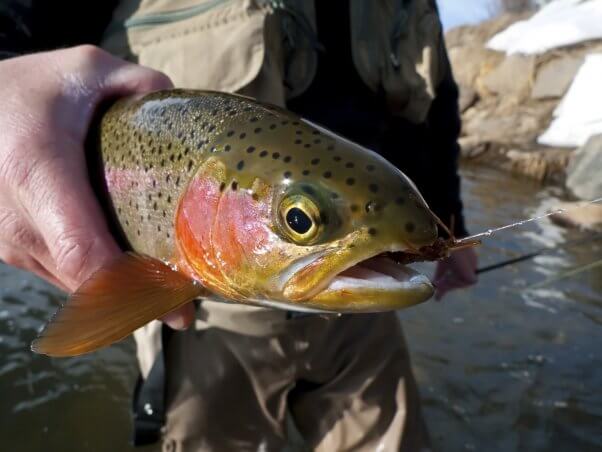 And millions of birds, turtles, dolphins, manatees, whales, and other animals die or sustain debilitating injuries after swallowing fishhooks or becoming entangled in fishing line. Wildlife rehabilitators say that discarded fishing tackle is one of the greatest threats to aquatic animals. 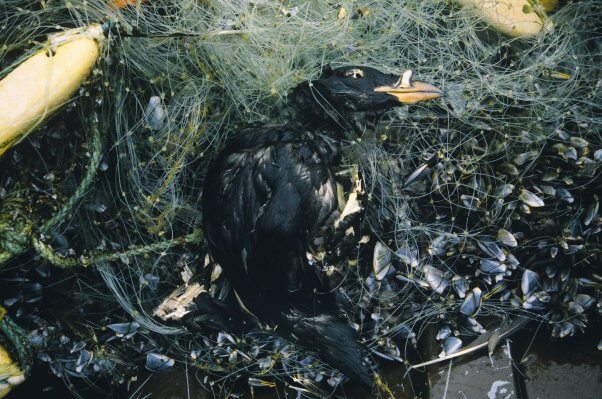 Because of overfishing, we could have fishless oceans by 2050. These animals should be protected—for the right reasons. Help us celebrate Fish Amnesty Day by making it the day that you decide to let them live. Instead of trying to catch sentient animals, fish for trash with a net to help protect our fragile oceans. Enjoy watching animals live in nature instead of taking them out of it. And try one of PETA’s fabulous vegan fish recipes with your friends and family and help them see that fish are friends, not food. 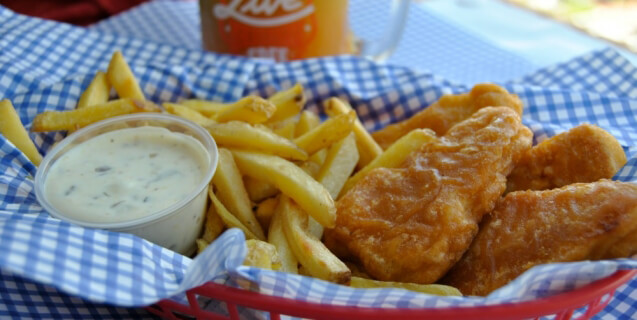