Day three of SeaWorld’s appeal brought out more skeletons from the marine park’s closet. Attorneys for the government brought up incident after incident that were left out of SeaWorld’s corporate incident log, including the attack leading to trainer Dawn Brancheau’s death and attacks by an orca who had a penchant for grabbing trainers’ ponytails. Chuck Tompkins, SeaWorld’s corporate curator of zoological operations, eventually conceded that SeaWorld “may have missed a few” incidents. 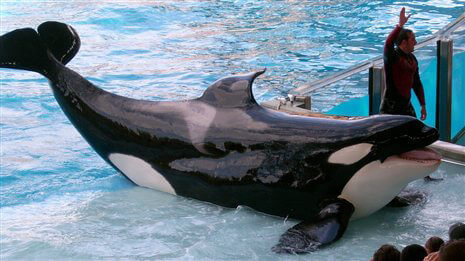 The court watched graphic video footage from 2006, in which an orca named Kasatka (who had been involved in nine previous incidents) clamped down on trainer Ken Peters’ foot and dragged him underwater at SeaWorld in San Diego. People in the courtroom gasped as they watched video of Kasatka as he yanked Peters around and held him underwater for minutes at a time. Peters repeatedly struggled to free himself from Kasatka’s jaws and was finally able to calm the orca and escape with a broken foot. Tompkins conceded that no level of knowledge, experience, or skill would have enabled Peters to escape the attack unscathed: His only options were serious injury or death.

While Tompkins previously testified that there is no need to revise SeaWorld’s animal training procedures because all injuries that occur are because of human error, he acknowledged on Wednesday that even the most senior trainers have made errors resulting in injuries and that, often, trainers were not to blame for the incidents. Tompkins continued to prove that SeaWorld management is delusional, claiming that they “have gotten a whole lot better” with the training process over time, despite, as attorneys for the government noted, the fact that two trainers were killed over a span of only two months in 2009 and 2010 and that the 2006 attack on Peters was nearly fatal.

Perhaps Tompkins’ failure to acknowledge these dangers can be explained by the fact that neither he nor the other high-level managers of animal training at SeaWorld are formally trained in animal behavior, nor do they have any professional experience with orcas other that what they learned on the job at SeaWorld. In addition, the company has never called on an independent third party to review its incidents, protocols, or safety procedures.

Check back tomorrow for an update on Thursday’s testimony.