Should a wild animal be forced to sell car insurance, dance the Macarena, and smoke cigars to provoke a laugh? Not that it matters if there were millions of chimpanzees around to abuse, but a new study concludes that chimpanzees may be doomed as a species as long as the public continues to see them in commercials and movies. 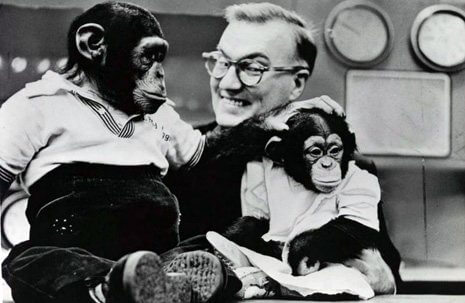 Scientist Steve Ross, founder of Project ChimpCARE and assistant director of the Lester E. Fisher Center for the Study and Conservation of Apes at Lincoln Park Zoo in Chicago, sums it up: “The inaccurate and frivolous portrayal of these complex and endangered primates should be of serious concern to anyone interested in animal care and safety. Whether intentional or not, these images are resulting in significant effects on perceptions of chimpanzees that may hinder critical conservation and welfare initiatives that much of the general public supports.”

PETA has received pledges from 10 of the top 15 advertising agencies in the world not to use great apes in their ads. And watch for innovative high-tech alternatives in Rise of the Planet of the Apes, which opened last weekend. Not one live ape was used in this thriller—don’t miss it!