If experimenters at the University of Louisiana at Lafayette (UL Lafayette) New Iberia Research Center can’t even tell and don’t even check that a watering device is broken when monkeys are dying, they need to find another way to make a living and should be criminally charged. According to a just-released federal inspection report obtained by PETA, five infant rhesus macaques died slowly of dehydration or were euthanized after not having access to water. The deaths—which would have been painful and which left five mothers grieving—occurred over two days. After the first monkey was found dead, UL Lafayette failed to investigate the problem adequately and additional monkeys suffered and died.

UL Lafayette has a long, sordid history of incompetence and neglect of the primates it imprisons (see below). The university needs to suspend all animal experimentation, modernize its program to conduct research that helps humans without harming animals, and dismiss all those who have been involved in such cruelty.

A monkey imprisoned at the University of Louisiana–Lafayette’s New Iberia Research Center (NIRC) escaped from the facility, causing concern among locals. But this is only the latest blunder in the center’s infamous history of incompetence and negligence. 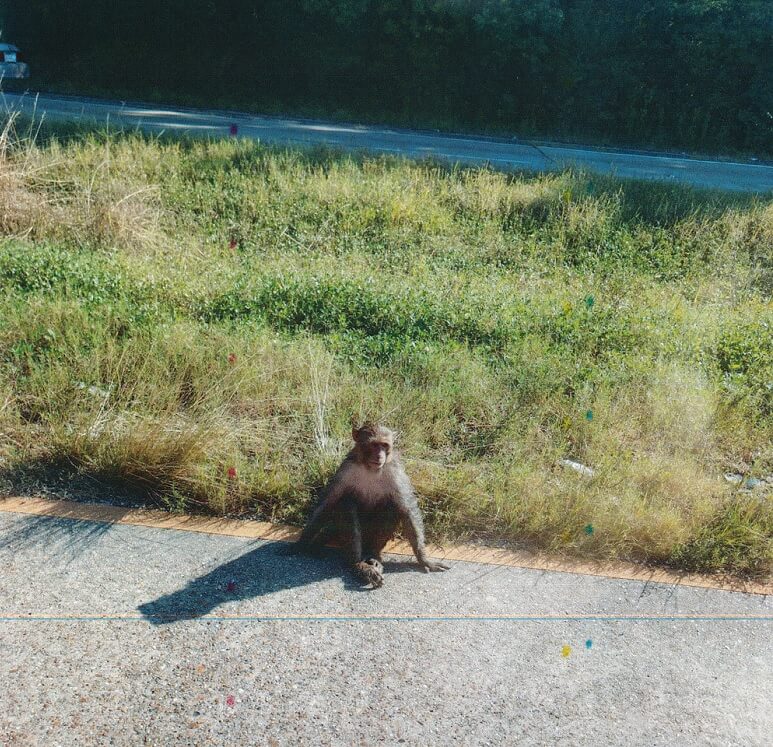 The monkey known only as “A13X040” before he was returned to his prison at the New Iberia Research Center.

A 5-year-old male rhesus macaque—known only as “A13X040″—escaped from the Lafayette, Louisiana, facility and fled into nearby woods. Local residents were warned to stay away from the animal. Finally, on Monday—two days after experimenters noticed the escape—the macaque was found on a roadway and brought back to NIRC. According to documents obtained by PETA, NIRC officials discussed whether they should say that the monkey’s escape was due to a “cage failure” or “lack of containment.” The facility’s head veterinarian even went so far as to say that it was “not the public’s business” to be informed of why the monkey escaped– an interesting opinion, considering that this facility is publicly funded.

PETA issued the following statement in response to the escape:

Carelessness at the University of Louisiana–Lafayette’s New Iberia Research Center jeopardized public safety—including the possible endangerment of children at a nearby grade school. The laboratory has proved that it’s ill equipped to do the bare minimum required by federal law and should be fined, and the public should demand that it be shut down permanently.

It’s bad news for the animals there, too. Just last year, the university paid a $100,000 fine following several violations, including one in which a monkey was injured and died of a brain hemorrhage and another in which laboratory workers broke the arm of a mother monkey who was attempting to protect her infant—and then failed to provide the injured animal with veterinary care for five days. In March 2013, the school paid a $38,571 fine after the facility failed to provide nonhuman primates with adequate veterinary care and to contain them securely, resulting in the deaths of three rhesus macaques and injuries to a chimpanzee. In May 2010, it paid an $18,000 fine for six violations of federal law, including the documented failure of the facility’s internal oversight processes to protect animals. In February 2007, it paid a $2,062 fine after 55 rhesus macaques escaped from the facility.

According to its own website, the laboratory houses some 6,800 nonhuman primates.

This isn’t the first time that NIRC’s animal welfare lapses have caught PETA’s attention. In 2015, after we discovered that NIRC had irresponsibly allowed a chimpanzee named Jade to become pregnant—in spite of a government moratorium on chimpanzee births in laboratories—PETA entered into discussions with the center to encourage it to send Jade and her infant to a sanctuary. In 2016, following changes to federal policies related to the use of chimpanzees in experimentation, NIRC announced that it would be sending all 220 chimpanzees to a sanctuary.

Right now, in facilities much like NIRC, vivisectors are imprisoning, torturing, and traumatizing thousands of monkeys—but they can be liberated with your help.

Take action to shut down the National Primate Research Centers (NPRC), where baby monkeys are pried away from their mothers, primates’ penises are electroshocked, and monkeys are confined to cages only slightly larger than their bodies.

Let’s Get the Doors of All the NPRCs Shuttered