One year ago, a PETA fieldworker was in Buddy and Shelby’s Emporia, Virginia, neighborhood on another call when their owner spotted her and flagged her down. He wanted to know if she’d be able to take his two dogs, since he was unable to care for them properly. This was music to her ears, since most people who neglect their animals have no clue what proper care is or that they aren’t even coming close to providing it. 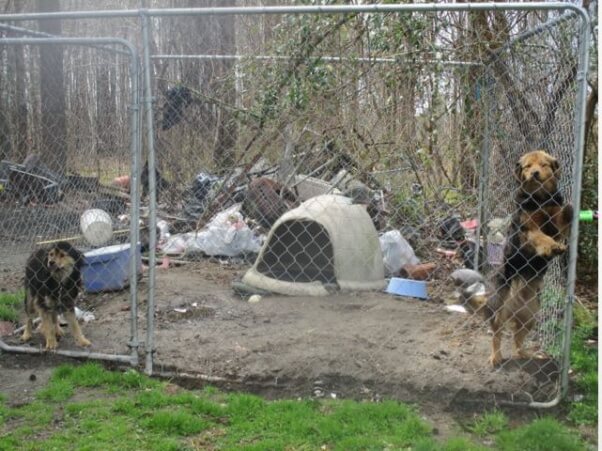 We promptly transferred the winsome canine siblings to the high-traffic, open-admission Virginia Beach SPCA, with which we frequently partner, confident that someone would fall in love with them. We were right. Before long, each was adopted into a new, loving home.

Recently, we contacted their respective guardians and arranged for them to be reunited. Would they recognize each other after a year apart? Watch the video to find out:

Buddy and Shelby have come a long way in a year. When PETA’s fieldworker found them, they were both filthy and underweight. They tested positive for heartworms, which is extremely common in neglected backyard dogs, whose owners usually can’t—or won’t—pay for preventive medication. PETA paid for their heartworm treatment, but they were still in the middle of it at the time of their adoption. Their new guardians were heartbroken to have to keep the energetic young dogs confined (dogs who are being treated for heartworms have to be kept very quiet to prevent fatal blood clots while the heartworms are breaking down), but after a few weeks, they completed their treatment with flying colors.

Buddy and Shelby’s new lives are a world apart from the days they spent confined to a trash-strewn pen. They love sleeping on the couch, planting sloppy kisses on their guardians’ faces, and looking out the window to “keep tabs” on the neighbors. They love playing with their many, many toys, chasing tennis balls, and rolling in the grass, and they sneeze when it tickles their noses. 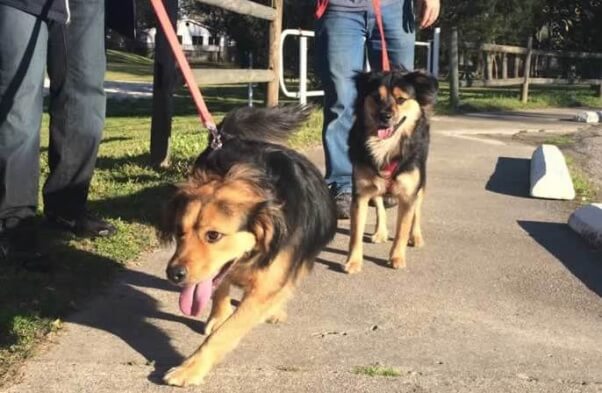 “This sweet baby stole our hearts,” says Buddy’s new guardian. “The conditions I’ve seen in the picture of him before rescue make me sad and I wonder how it is that people could treat such a precious life in that manner.”

“[W]e just look forward to giving her the life that she deserves,” says Shelby’s new dad. “[S]he just deserves to be pampered the rest of her life.”

And as for that reunion, it was just the first of many: After seeing how happy the dogs were to meet again, Buddy and Shelby’s parents plan to get them together regularly for more play dates. 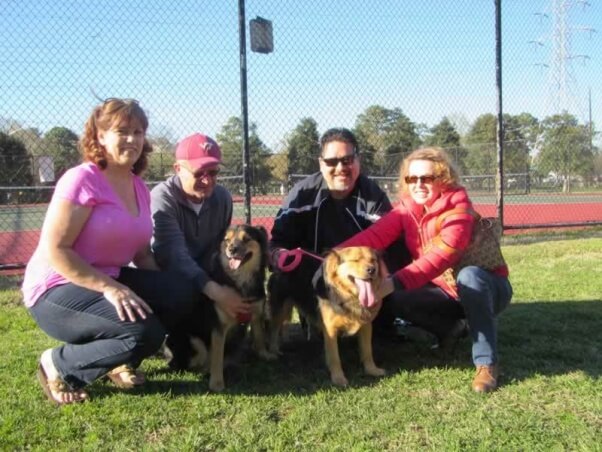