Santa’s got a dirty secret! A shocking new cartoon by PETA shows St. Nick drinking milk directly from a cow’s udder as a startled family looks on with disgust. Our message this holiday season? We’re urging families across the U.S. to ditch the speciesist tradition of leaving out cruelly obtained cow’s milk for Santa and offering him a kind alternative, such as oat milk, instead.

See the startling image of the suckling Santa that’s got social media stirring: 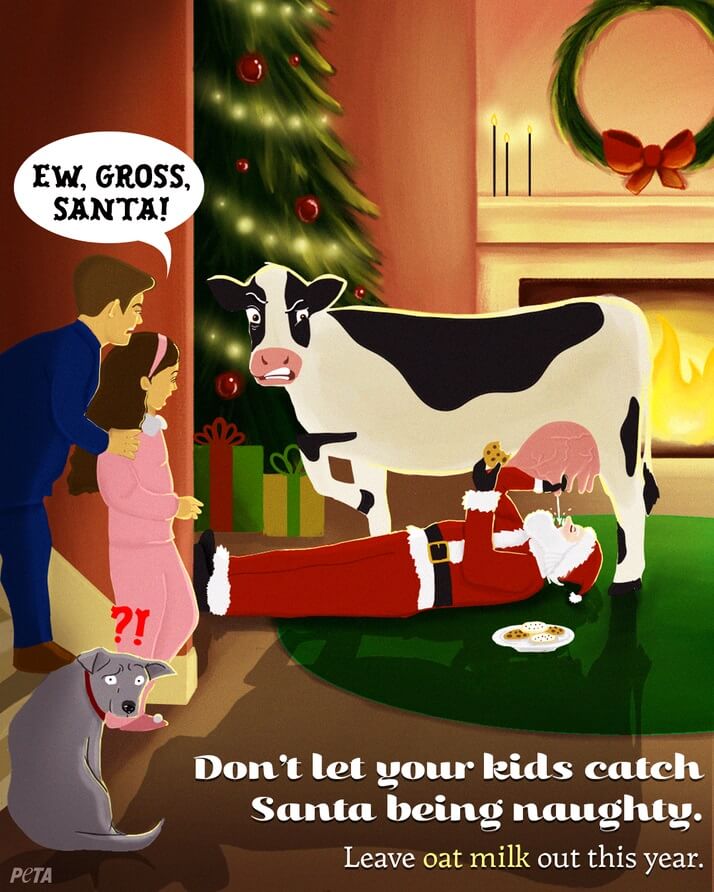 On social media, PETA uses evocative, emotional messaging and images, as we have mere seconds to stand out from the feed and grab people’s attention. We see every online interaction as an opportunity to reach people, including those who may never have considered whether it’s unnatural to forcibly impregnate mother cows and steal the milk meant for their babies or for adult humans to drink an animal’s milk—something no other adult animal does.

The holidays are a time to spread goodwill and cheer to everyone—including other species. If you want help preparing the perfect vegan holiday feast, PETA’s got you covered:

Cartoons aren’t just for kids—but breast milk is! If this viral image got you thinking twice about dairy, we’re here to help you kick that dirty habit. Check out these great 100% plant-based milks, and order a free vegan starter kit now: