I read Dracula when I was 8 or 9 (yes, I was one of those kids), which didn’t exactly help get rid of my fear of the bats who lived in our attic and occasionally needed to be guided out a window. As it turns out, the bats created by horror writers and children’s imaginations aren’t nearly as interesting as real bats are: 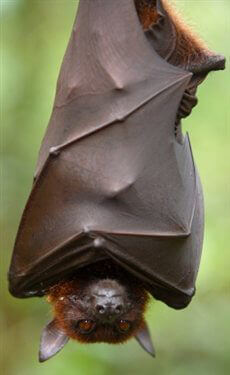 To learn more about bats, help control insects, and provide a home for these fascinating animals, consider putting up a bat house. You can prevent bats from finding their way into your house by sealing up holes near the roof after any existing colony has left for winter hibernation.