Renaissance man and PETA 2011 Person of the Year Russell Simmons has taken to the radio. In a 30-second spot reminding people that fast food can make you fat (not phat), Simmons says:

You see them on every corner, lurking, waiting to take your money for unhealthy products that can ruin your life and put you in the hospital. Fast-food restaurants are everywhere. You name ’em, they’re selling products that can make you fat and unhealthy, products that are killing the environment and causing animal suffering on an unimaginable level. Fight it. Do yourself a favor: Try vegan—you deserve it, our planet deserves it, the animals sure do. Vegan. Now that’s good karma. I’m Russell Simmons, for PETA. 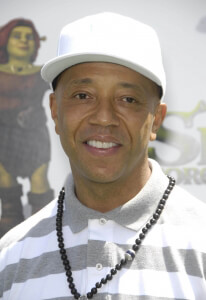 The new PETA ad campaign is launching across the U.S. in Little Rock, Arkansas; Memphis, Tennessee; New Orleans; and other cities that are consistently ranked as unhealthy or obese and have high concentrations of fast-food restaurants.

On average, vegans and vegetarians are significantly leaner than meat-eaters are, and the consumption of meat and other animal-derived products has been conclusively linked to heart disease, strokes, diabetes, cancer, and obesity. Vegan meals are also an excellent choice for people who suffer from digestive problems as a result of consuming cow’s milk—a condition affecting 70 percent of African-Americans.

You don’t have to be a mogul to make a difference. Go vegan.