The Barry R. Kirshner Wildlife Foundation, long a PETA target for its deplorable conditions, is in the hot seat with the feds. The U.S. Department of Agriculture (USDA) slapped the California roadside zoo with $5,000 in fines after inspectors found evidence of appalling neglect, including denying animals veterinary care and leaving them to suffer in temperatures above 100 degrees with no relief. The president of the roadside zoo, Roberta Kirshner, had the opportunity to challenge the USDA’s findings—yet tellingly, she chose not to.

In recent years, multiple whistleblowers have come forward with damning allegations about abuse at the facility and have independently corroborated each other’s stories. We have copies of the X-rays of a lion cub who was held and handled by visitors, even though he was suffering from broken bones! 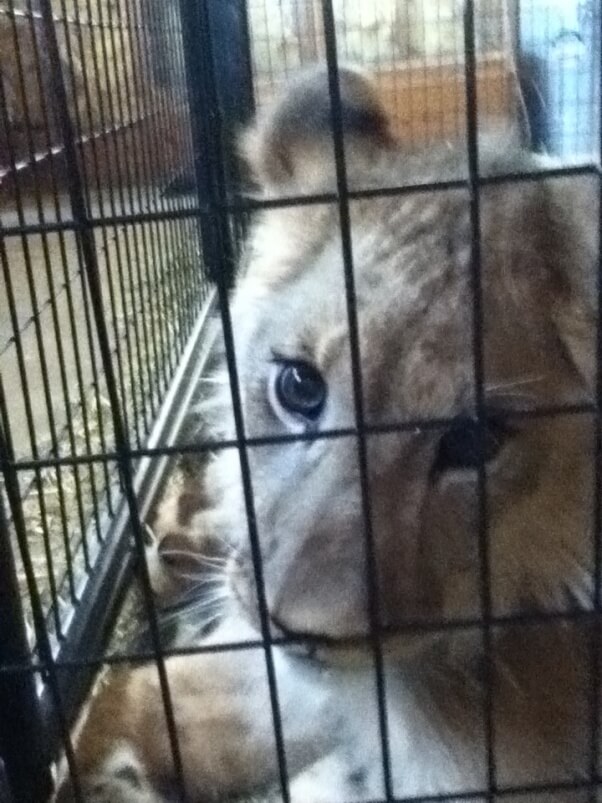