After he heard that New Jersey Gov. Chris Christie had weight-loss surgery, the Rev. Al Sharpton urged him to keep the pounds off the natural way: by eating healthy food and exercising. Sharpton has been all about the plants after having a chat with former President Bill Clinton, and now he’s ready to help another political figure maintain his figure.

We won’t be surprised if the plant-based prez is spotted dining at L.A.’s fêted new restaurant Crossroads, owned by celebrated vegan chef to the stars and PETA friend Tal Ronnen. Renée Zellweger, Warren Beatty, Ellen DeGeneres, and Tony Kanal are just a few of the famous faces you might see enjoying delectable vegan eats there.

Ginnifer Goodwin enjoyed Crossroads so much that she encouraged all her Twitter followers to check it out, and other stars were in the mood to share some of their favorite snapshots: 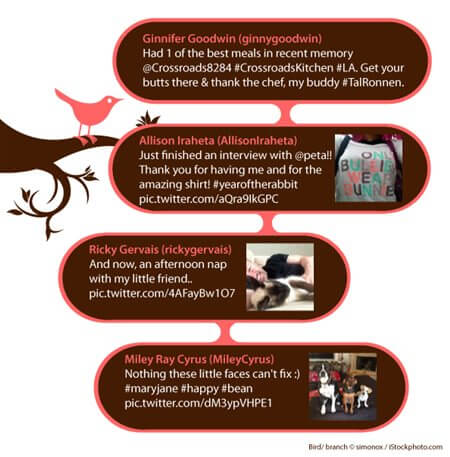 If you can handle even more doggie delightfulness, check out the pictures of Kevin Spacey with his new rescued dog, Boston. PETA sent Boston some toys and treats to help welcome her to her new home.

And congratulations are also in order for fur-free beauties Eva Mendes, Kristen Stewart, and Mila Kunis as well as horse hero Lea Michele and adoption advocate Amanda Seyfried. All the animal-friendly gals earned a spot on FHM‘s list of the top 100 sexiest women in the world.

Pierce Brosnan is no stranger to “hottest” lists—and he’s no stranger to animal advocacy, either. The dashing Irishman’s latest effort involves convincing the U.S. Navy to halt plans for training drills in which it would detonate explosives in the ocean, killing and injuring whales and other marine mammals.