In honor of his work for animals on Capitol Hill, PETA presented California Rep. Sam Farr with our Humanitarian Award at a ceremony yesterday in Monterey, California. Fellow animal advocate and Californian Kevin Nealon helped present the award. 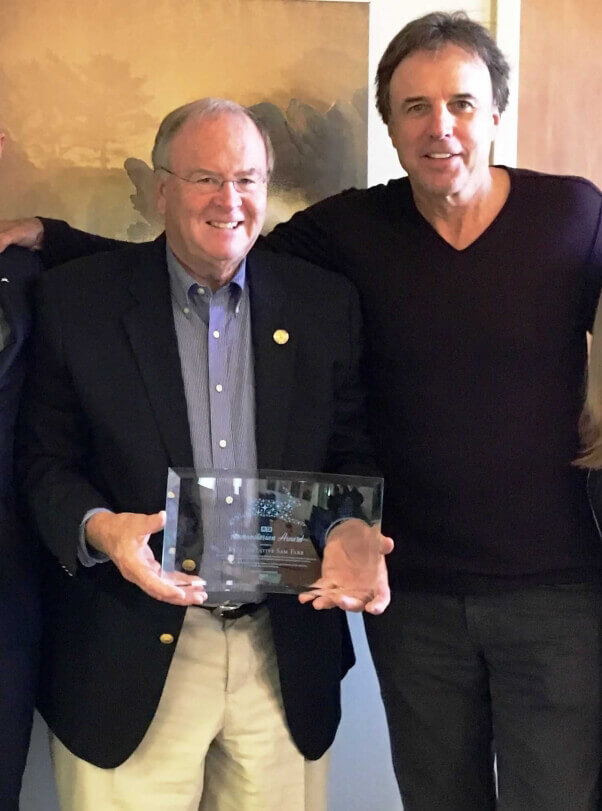 Throughout his career of more than 20 years in Congress, Rep. Farr has been a voice against cruelty to animals and for government accountability as it relates to the treatment of animals. He has stated that a legislator’s job is to be “the voice of all living things.”

In the 90s, Rep. Farr was the first member of Congress to initiate efforts to ban the use of elephants in the circus and for elephant rides, and he continues to advocate on this issue today. When he introduced his 1999 bill, he told his colleagues in Congress, “The problem is that we have to break the will of wild beasts, big beasts that are 10 feet tall, weigh several tons, in order for them to perform stunts at circuses. They use high-powered electric prods. They tie them up.”

At the award ceremony, Nealon, a longtime animal advocate, told Rep. Farr, “Ringling’s recent announcement that it will end its use of elephants by 2018 is due in large part to your work on Capitol Hill to ban the use of elephants for rides and traveling shows.”