PETA’s #WoolFreeWinter campaign officially hit Chicago and Wichita this week with billboards featuring a mutilated sheep emerging from the sweater of a horrified man. 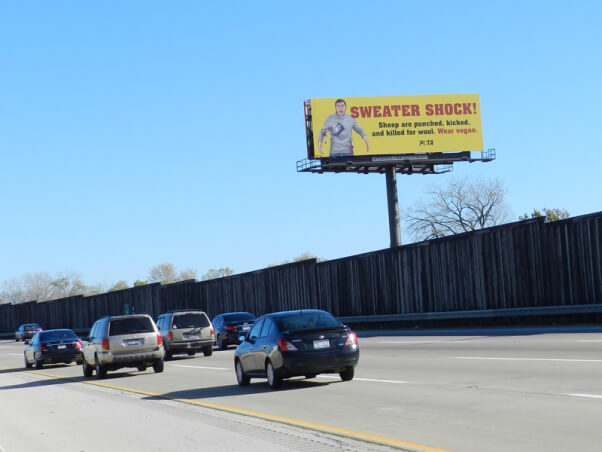 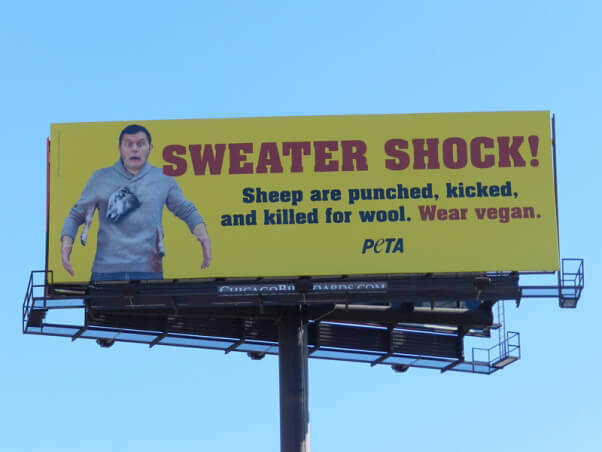 PETA released an international exposé of the wool industry in Australia—the source of 90 percent of the world’s merino wool—and the U.S. that revealed that workers violently punched scared sheep in the face, stomped and stood on the animals’ heads and necks, and beat and jabbed them in the face with electric clippers and a hammer. Some sheep even died from the abuse, including one whose neck was twisted until the animal died.