Shocking video footage has surfaced of men killing rats in preparation to serve them as food. In the disturbing clip below, a rat desperately grasps the walls of the cage that he or she is being held in, trying to avoid being pulled out. Around the room, men dip others into buckets of scalding-hot water and then peel the loosened fur off the animals as they writhe in agony, dying on the floor of a restaurant’s kitchen:

If this footage shocks you, take a moment to consider that every year right here in the United States, millions upon millions of chickens and turkeys are submerged in vats of scalding-hot water—called defeathering tanks—while they are still alive and conscious. Those birds, just like the rats in the video, experience the same fear and pain that you would feel if someone thrust you head-first into nearly-boiling water.

Simply put, animals used for food aren’t hugged and loved to death. The mass global market for animal-derived foods is driven by profit, not by concern for animals. Speed will always trump sympathy on the slaughterhouse floor. Use whatever excuse you want—and we’ve heard them all—but the fact remains: What you saw in this video, shot overseas, is happening to the animals raised to be eaten right here in the U.S. The differences are merely superficial. Whether it’s a person or a machine that is dipping live animals into steaming water—and whether the animal is a “free-range” chicken or a rat—makes no difference to the animal. 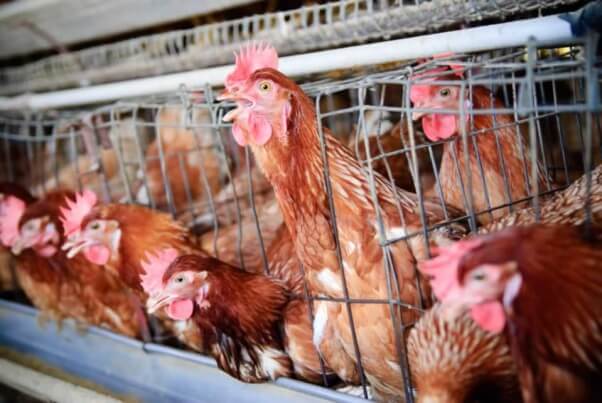 After seeing footage like this, everyone with a conscience can agree: We must do better for ALL animals, not just the ones who are seen as “cute.”

The way we spend our money is one of the most powerful tools we have to effect real change for animals. Plant-based foods can be found in supermarkets and on the menus of many chain restaurants. Since eating vegan is easier than ever, there’s simply no reason for any animals to end up on our plates. Order a free vegan starter kit, and check out our guide to eating vegan.