Al-Qaeda leader Osama bin Laden was synonymous with terrorism while he was alive, but PETA U.K. has put forward a proposal to the government of Pakistan to make the 9/11 mastermind’s compound a symbol of peace and respect for all, including other species. PETA U.K. has written to Pakistani President Asif Ali Zardari asking if the group can paint the walls outside the compound with the message that peace can begin on your plate. 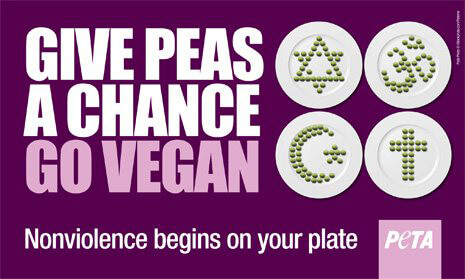 It is possible that the compound may ultimately be destroyed once investigations at the site are complete in order to prevent it from becoming a shrine, but meanwhile, how fantastic would it be to allow it to serve as reminder that each of us can make choices every day that help to end violence when we sit down at the table or pick up a snack from a street vendor or drive-through window?