UPDATE: After hearing from PETA that animals deemed “exotic” are often hacked apart while still alive, Prada chairperson Carlo Mazzi defended his company’s practices by saying that “morality is subjective,” thereby refusing to acknowledge that the cruelty it supports—such as jamming metal rods through alligators’ spines while they’re fully conscious—is a matter of fact.

Behind every Prada ostrich-, crocodile-, or alligator-skin bag is a short, miserable life of deprivation and a violent death.

That’s the message that a PETA representative will take to the company’s annual meeting in a call for it to stop selling exotic-skin bags, watchbands, shoes, and other accessories. 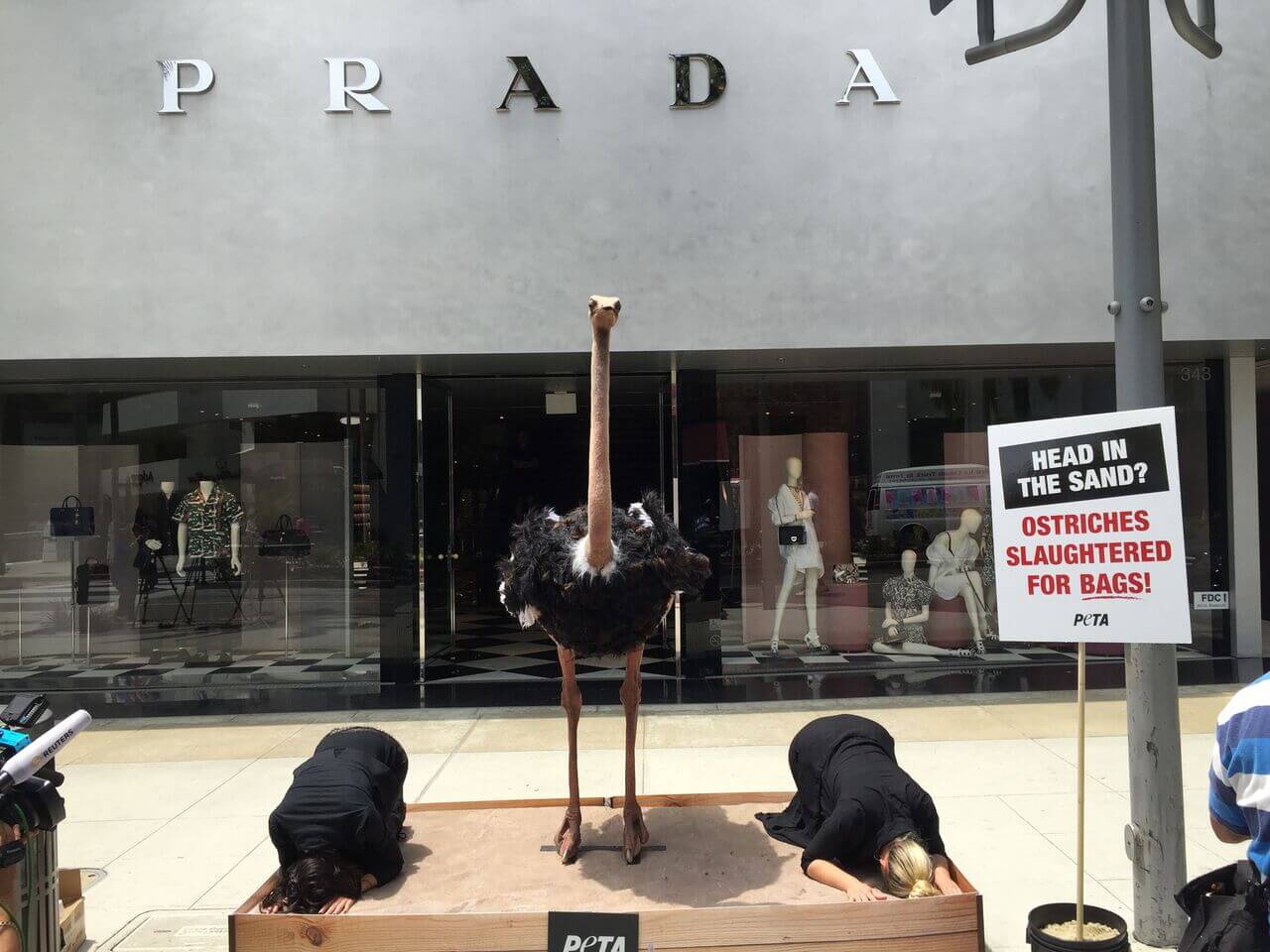 PETA has held several protests against Prada’s use of exotic skins since becoming a company shareholder last year. 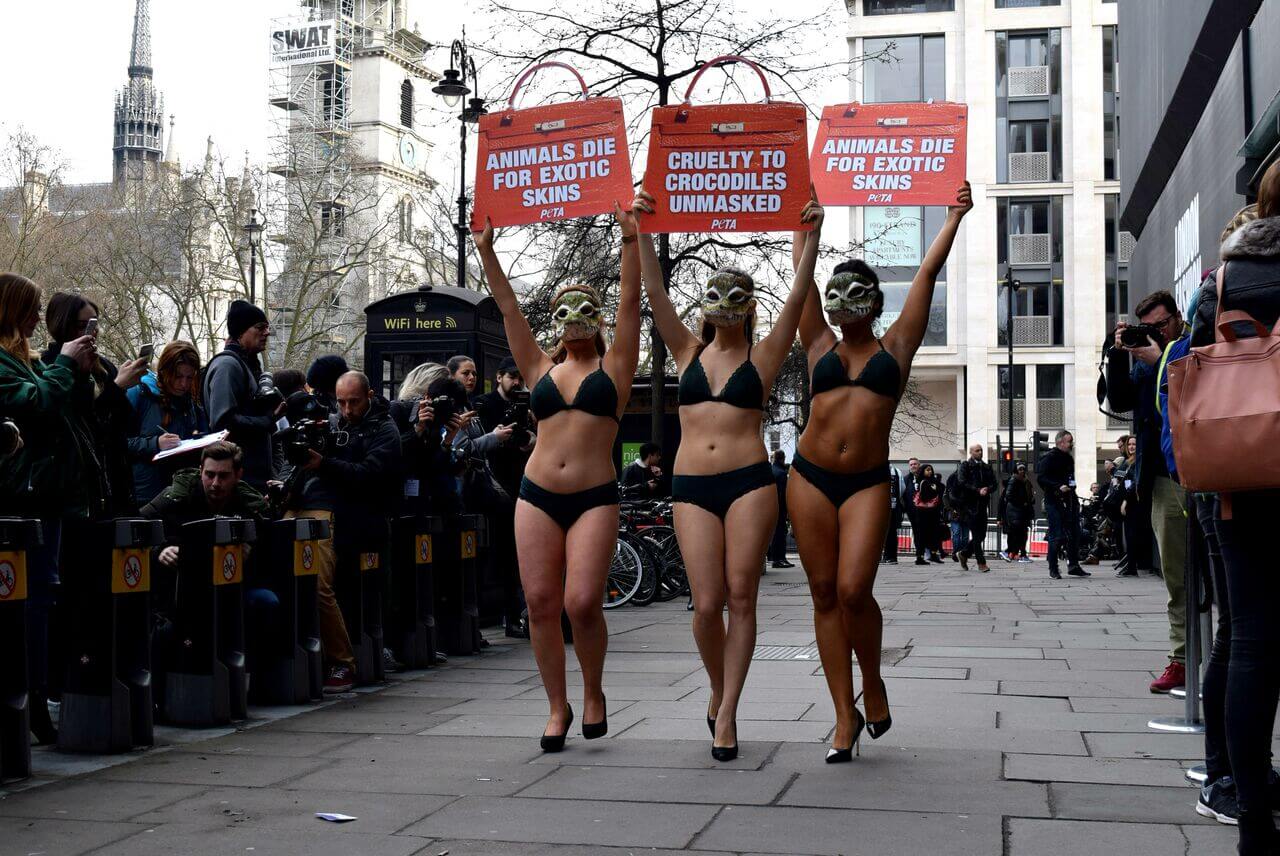 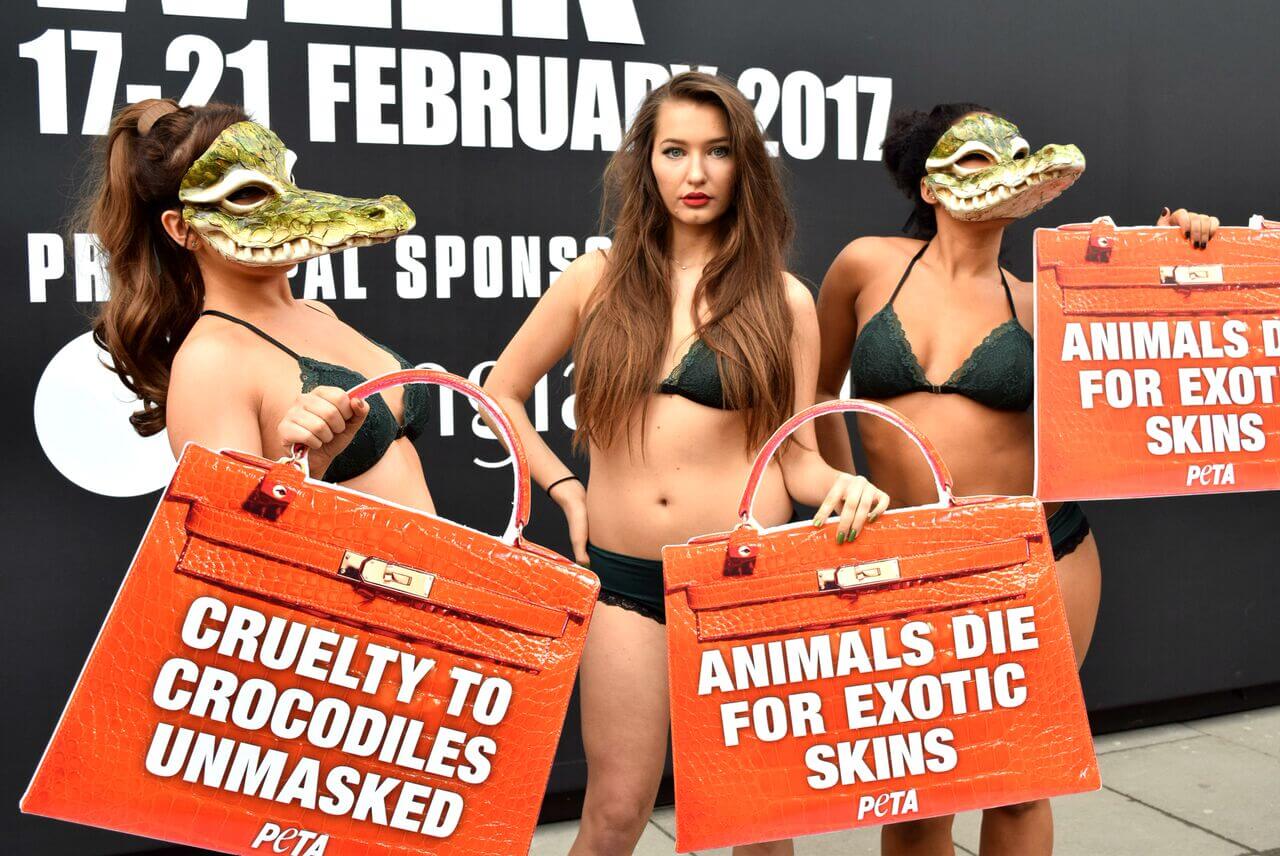 The company needs to take a stand against suffering by ending the use of exotic skins in its collections.

PETA released a video exposé of the world’s largest ostrich-slaughter companies, which supply Prada, among others. The footage reveals that young birds are kept on barren dirt feedlots before they’re crowded into trucks, hauled to slaughterhouses, and electrically shocked and their throats are slit. Moments later, their feathers are torn out of their still-warm bodies and they’re skinned and dismembered—all for a handbag or pair of shoes.

PETA exposés of the reptile-skins industry revealed further cruelty. At a crocodile farm in Vietnam, tens of thousands of crocodiles were kept in small, filthy concrete enclosures, some narrower than the length of their bodies. At another farm in Vietnam, workers electroshocked the animals before attempting to kill them by cutting into their necks and ramming metal rods down their spines. The crocodiles shook vigorously during this process, and a reptile expert who viewed the footage said that there was no probability that these animals died instantly.

Alligators at a farm in Texas were kept in fetid water in dank, dark sheds and denied sunshine, fresh air, clean water, and even basic medical care for their entire shortened lives. At just 1 year old, they were often repeatedly shot in the head with a captive-bolt gun. Some animals were still conscious, flailing and kicking minutes after workers tried to kill them.

Join us in pressuring Prada to remove ostrich and other exotic skins from its collections, and always choose vegan fashion.