The Punxsutawney Groundhog Club is still planning to use a live groundhog to “predict” the weather on February 2 at a virtual Groundhog Day event, so PETA is taking action. We’ve placed two billboards in the Punxsutawney area urging everyone to chuck the old tradition, as the woodchucks would if they could. Only a bona fide human meteorologist should be asked to predict the length of winter—and if it makes the event more exciting to have them dragged out of a hole, PETA will gladly start digging! 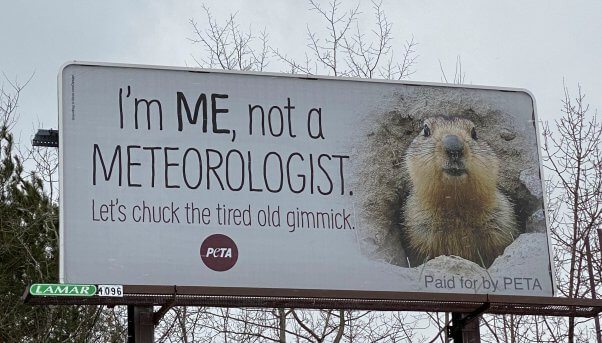 Punxsutawney Phil is a vulnerable individual, not a toy, and should be respected enough to be left in peace.

Groundhogs are vulnerable prey animals who naturally avoid humans and enjoy digging, foraging, and hibernating in burrows that can span many acres, but the Punxsutawney groundhogs are displayed year-round in the basement of the local library. On February 2, they’re exposed to the lights of flashing cameras, human handling, confusion, and stress. At past Groundhog Day events across the country, terrified animals have been dropped or have bitten humans. 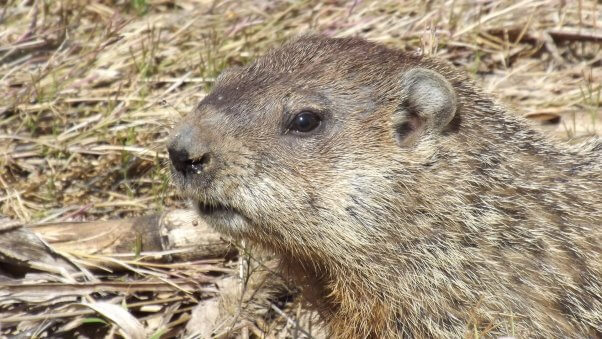 PETA is calling on The Punxsutawney Groundhog Club to switch it up with either a real meteorologist or an animatronic groundhog. If it can’t do either of those, it must end this tired old sideshow altogether.

You can do your part by never attending any event that uses live animals as cheap, fleeting entertainment.