The award-winning Women in Engineering Magazine, published by the largest technical professional organization in the world dedicated to advancing technology for the benefit of humanity, is putting animal rights in the spotlight. The magazine works to recognize women with successful careers in STEM (science, technology, engineering, and mathematics) and to encourage women starting out in those fields. And in December, it profiled two PETA scientists who are making scientific research kinder to animals and more beneficial to humans. 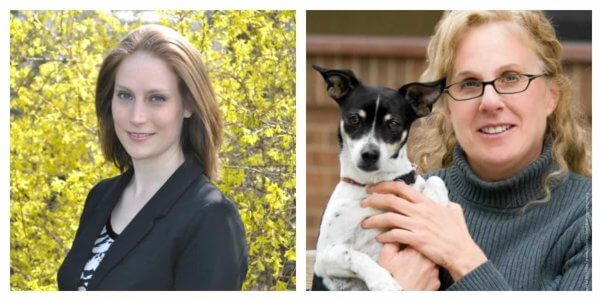 For decades, animal rights organizations shied away from regulatory toxicity testing. As the 20th century came to a close, many still considered the task impossible, but not People for the Ethical Treatment of Animals (PETA). PETA believed that it could successfully move agencies away from animal testing by proving that new testing methods built on technological advances such as super computers, three-dimensional printing, computer modeling, and biotechnology would translate into better science and more human-relevant results.

In its first year, the PETA regulatory testing team persuaded the U.S. government to change its testing process, saving an estimated 800,000 animals. A decade later in 2007, the Environmental Protection Agency (EPA) asked the National Academy of Sciences to review how toxicity testing is conducted. That review resulted in a milestone report known as Tox21. Women in Engineering Magazine explains:

Tox21 has changed the entire testing landscape by coming to the same conclusion Sandler had come to years ago: conducting tests on animals produces inaccurate and irrelevant information that does not protect humans. This report laid the groundwork for the EPA and other regulatory agencies to replace animal testing with faster, cheaper, more reliable science such as laboratory testing based on human cells. This was the sea change for which Sandler and her team had been hoping.

Its work is far from over, and new challenges are always popping up. But PETA entities employ more scientists working on regulatory testing than any other animal organization, and they’re determined to move science past the expensive, unreliable, limiting animal tests of the past. The future of science lies in humane, animal-free research.

You can read Women in Engineering Magazine’s article about these inspiring women here.