As Pope Benedict XVI resigns from the papacy, PETA hopes that the newly elected pope will also encourage believers to respect animals, as Benedict and his predecessor Pope John Paul II did. 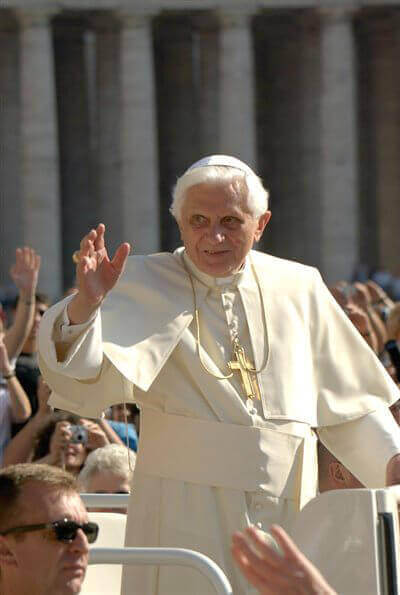 When asked about the rights of animals in a 2002 interview, the pope, then-Cardinal Joseph Ratzinger, responded, “That is a very serious question. At any rate, we can see that they are given into our care, that we cannot just do whatever we want with them. Animals, too, are God’s creatures . . . Certainly, a sort of industrial use of creatures, so that geese are fed in such a way as to produce as large a liver as possible, or hens live so packed together that they become just caricatures of birds, this degrading of living creatures to a commodity seems to me in fact to contradict the relationship of mutuality that comes across in the Bible.”

You can learn more about the Bible’s teachings about care and concern for animals at JesusVeg.com.