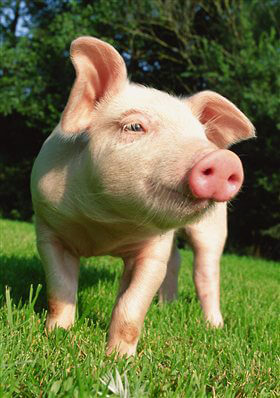 Less than two weeks after receiving appeals from PETA and PETA Germany, RWTH Aachen University, a top German college, has announced that it will no longer perform invasive and deadly training exercises on live pigs in its advanced surgical course, effective immediately!

The outreach to RWTH Aachen followed PETA Germany’s discovery that as part of the “Advanced Skill Course” at the school’s surgical clinic, students were cutting open pigs’ chests, inserting tubes, and surgically removing their organs before finally killing the animals.

Move the Momentum to Michigan

While RWTH Aachen and the University of Ulm in Germany have both recently scrapped the crude and archaic use of pigs in labs in favor of training surgeons on modern and sophisticated 21st century technology, some U.S. facilities—including the University of Michigan—continue to cut holes into pigs’ limbs, throats, and chests and stab needles into their bones and hearts for trauma training exercises even though superior simulation methods exist.

How You Can Help These Pigs

Please tell officials at the University of Michigan to cut out cruel trauma training on pigs and start using humane, contemporary methods of instruction instead.