Friday marked an inspiring victory for pigs, who were routinely being cut apart, surgically mutilated, and killed as part of an elective medical training course at Germany’s University of Ulm. Just two hours after PETA Germany asked supporters to contact university officials, the university announced that it would be permanently ending the pig lab! 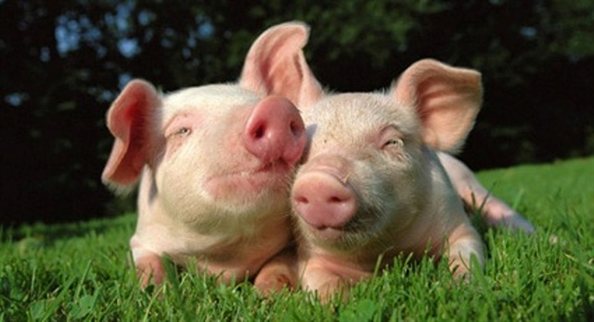 Medical students and doctors at the university were performing invasive surgeries on live pigs, including cutting out their gallbladders, removing part of their stomachs and livers, and cutting holes in their chests. Using live animals is a crude and archaic method of teaching surgery, and more and more leading institutions have adopted the use of sophisticated human simulators in place of animals. In fact, the use of animals for this purpose appears to violate German law, which requires the use of non-animal teaching methods whenever they are available.

PETA U.S. assisted PETA Germany by drafting a comprehensive brief for University of Ulm officials that described humane, non-animal options for teaching the procedures that students were performing on pigs.

While the University of Ulm is modernizing its curriculum, here at home, the  Medical University of South Carolina (MUSC) still mutilates and kills live pigs in trauma training exercises by cutting holes in their throats and chests, despite the availability of superior, non-animal training methods. Tell MUSC President Raymond Greenberg to end the barbaric training exercises on animals immediately.